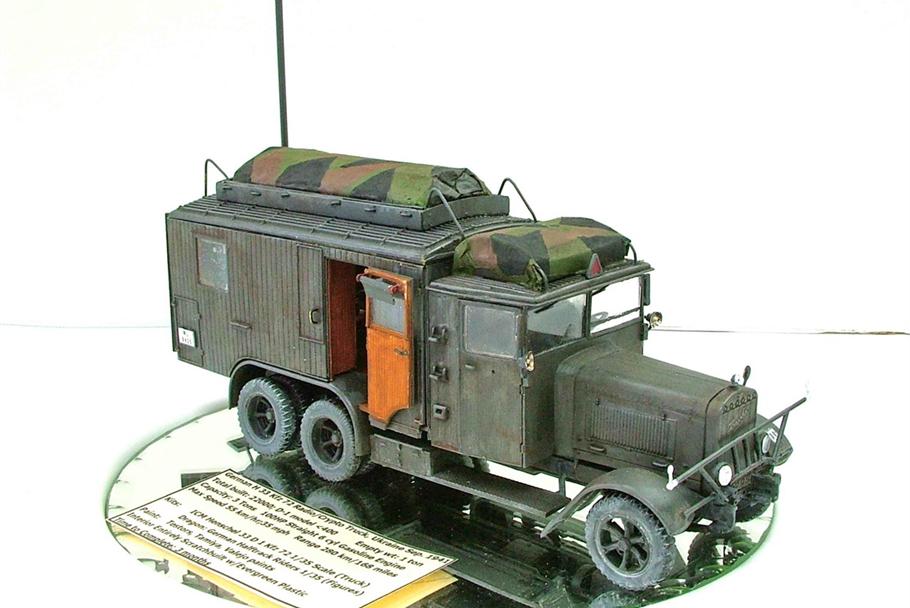 Wow!!  What the heck happened here?  Prof. Bill Leger builds great models but this baby is at a whole new level…is there such a thing as a skill level 6?  It is a fantastic model of one ugly truck!  It is the Henschel 33D1 Radio/crypto truck.  This model deserves extra photos…be sure and go to page two for the continuation of the S&T Report. 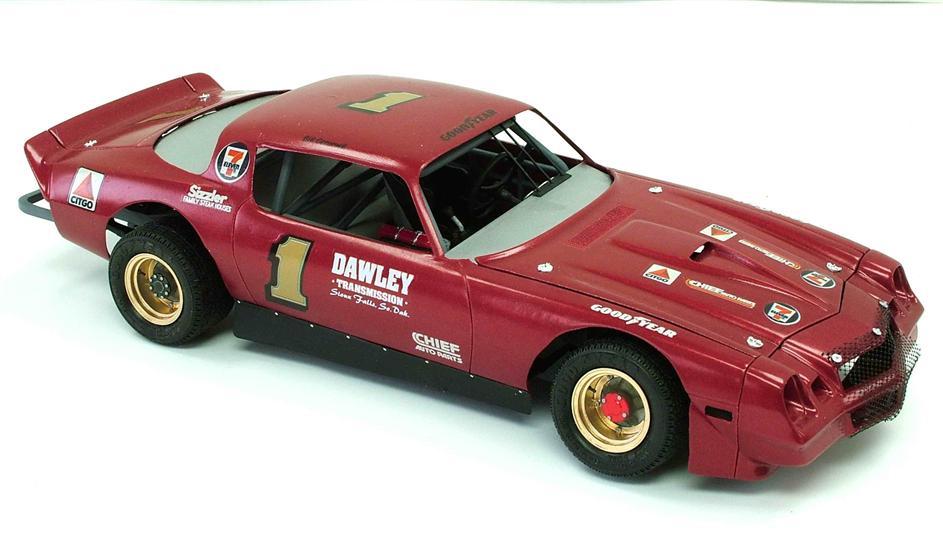 President JR decided to spread the holiday cheer with another one of his awesome racecars.  He started this beauty with a Revell ’79 Camaro Z-28 kit.  Of course he added lots of goodies and puttied in the T-Top.  The wheels are from Performance Plastic Parts and he rattle canned it in Honduras Maroon.  Just perfect, JR! 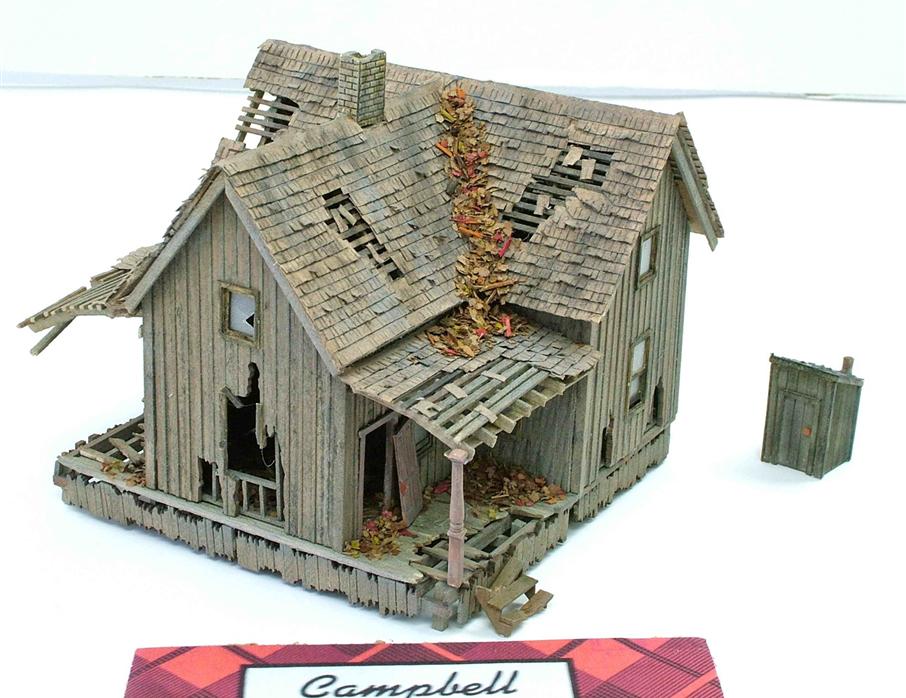 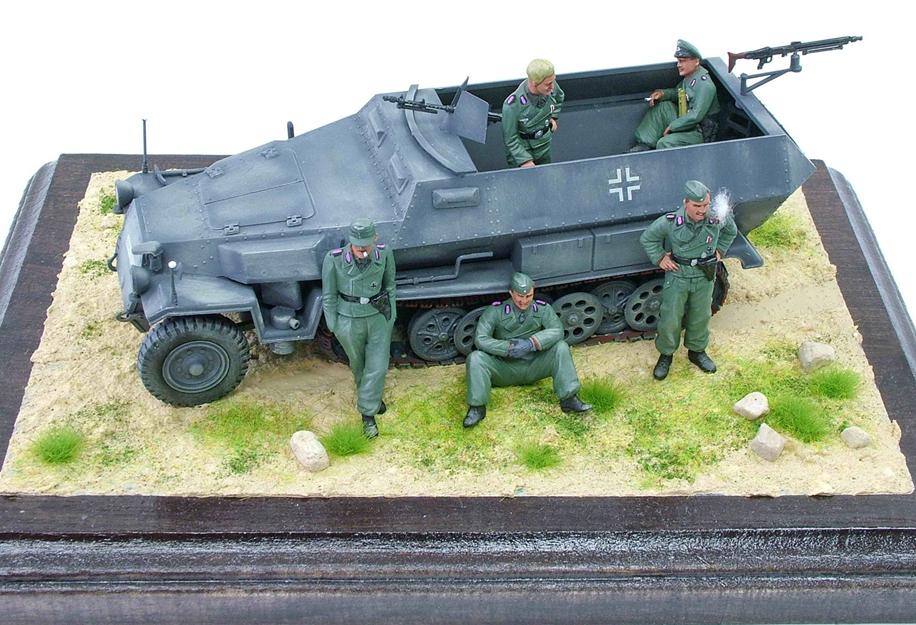 Personally, this is my favorite model from Al George.  I just think it is superb.  Al started with an HO scale Campbell abandoned house and added more detailed Branchline windows.  He used Pan Pastels for weathering and don’t overlook those leaves.  He even scratchbuilt a special “out” building just for Bob!  ;-)  Super Duper, Al!

Bob Thompson told us he loved building this Tamiya Hanomag halftrack in Panzer gray.  A model from Bob wouldn’t be complete without a set of masterfully painted figures.  Check out these guys taking a break including the dude smoking a pipe…with smoke!  Awesome as usual, Bob! 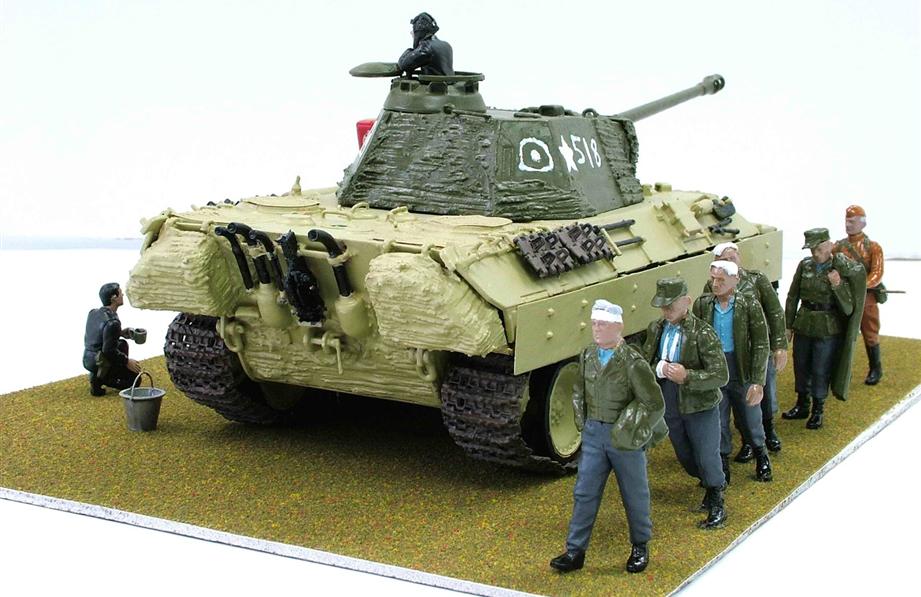 Dave Martin showed us this cool diorama at our last S&T but he felt it needed more…like captured German soldiers…to go with the captured German tank!  I’d prefer to be on the other side listening to the music.  Great job, Dave! 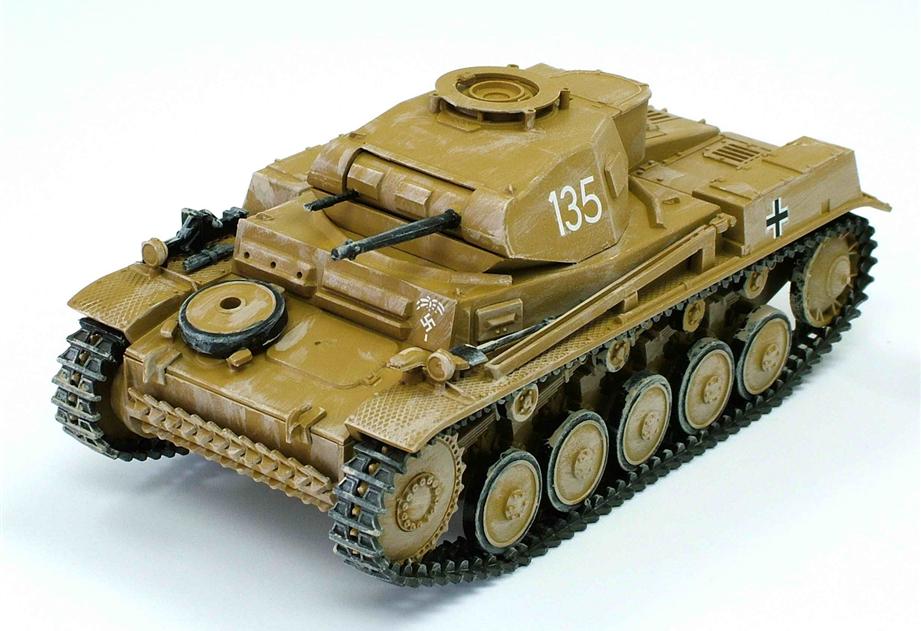 New member Ryan Truax got off to a roaring start with his great looking Tamiya Panzer II Ausf.G in Afrika Korps colors including drybrushing with desert sand.  He’s obviously a talented modeler but he hangs out with Sutton.  That can’t be good!  ;-) 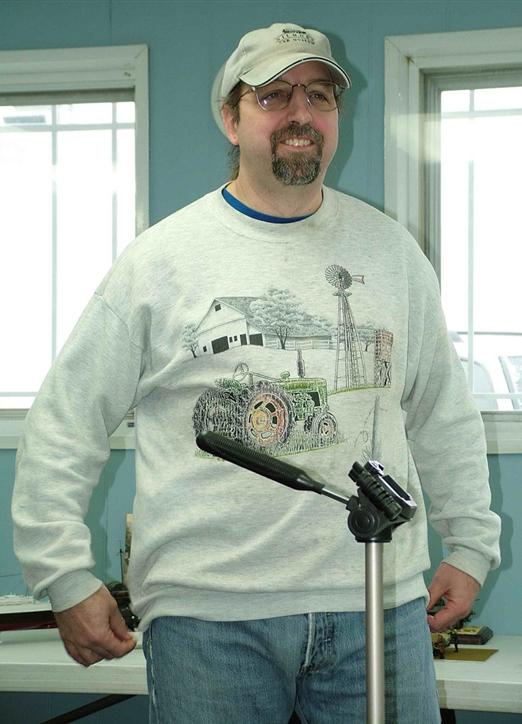 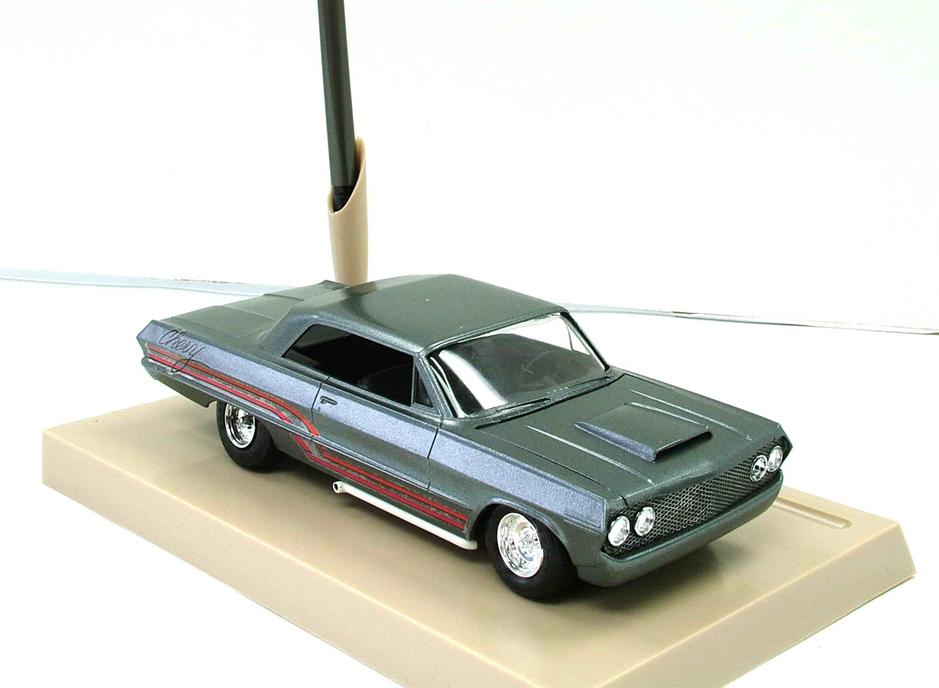 Darrin Watts obviously enjoys a challenge.  His model of a 1963 Chevy Impala SS was built from a 1964 AMT mold…with issues!  This is a “Prestige” kit which means you can feel good about yourself if you can build it!  Nice job, Darrin! 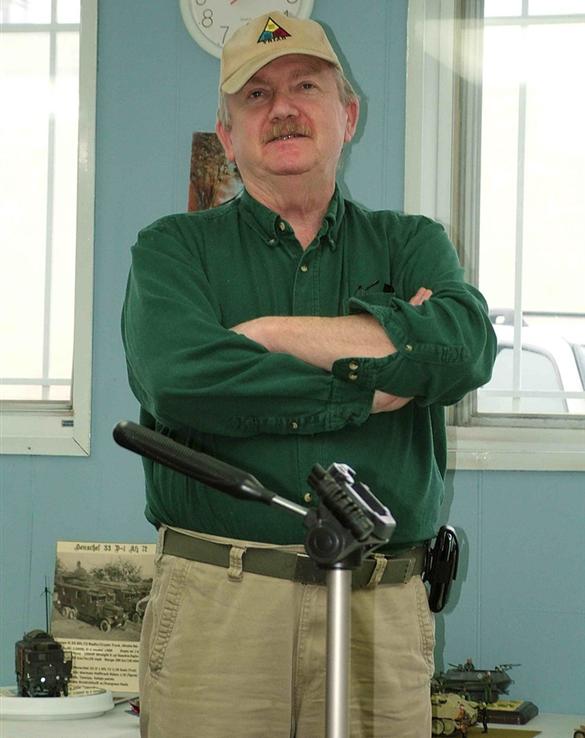 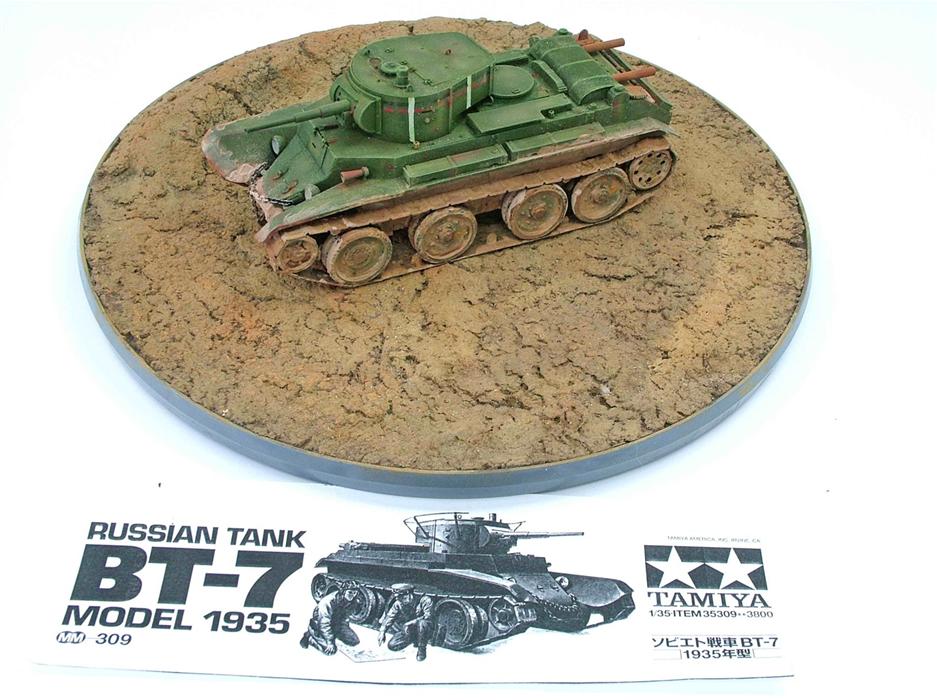 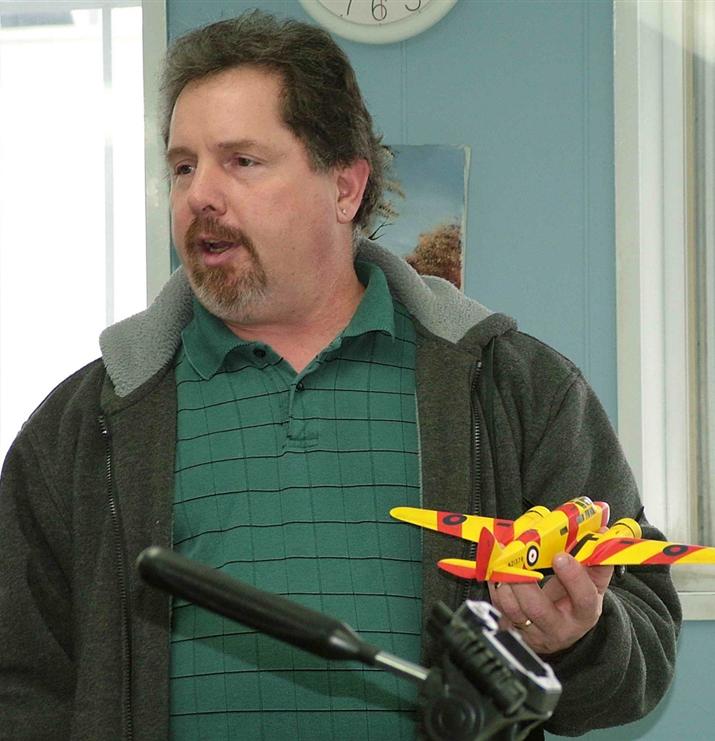 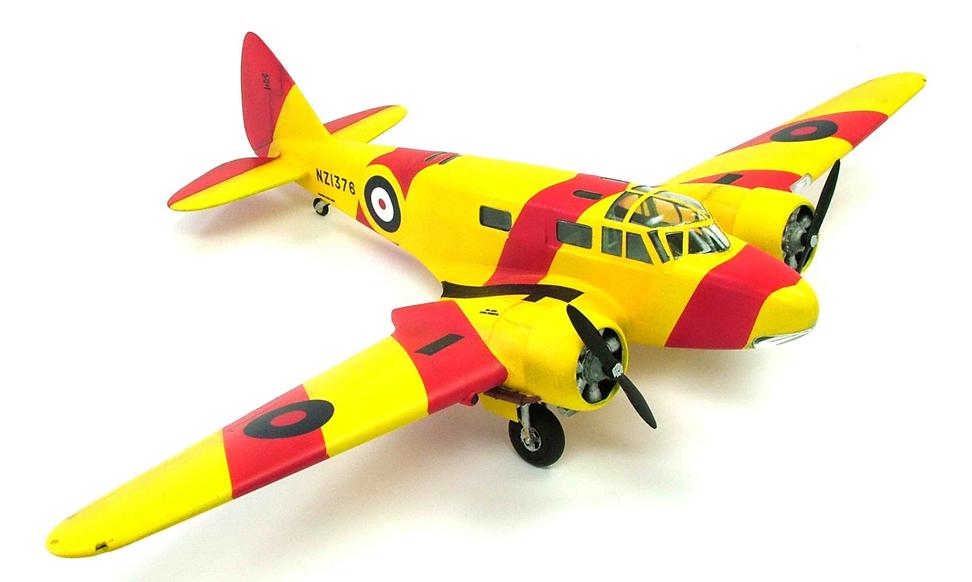