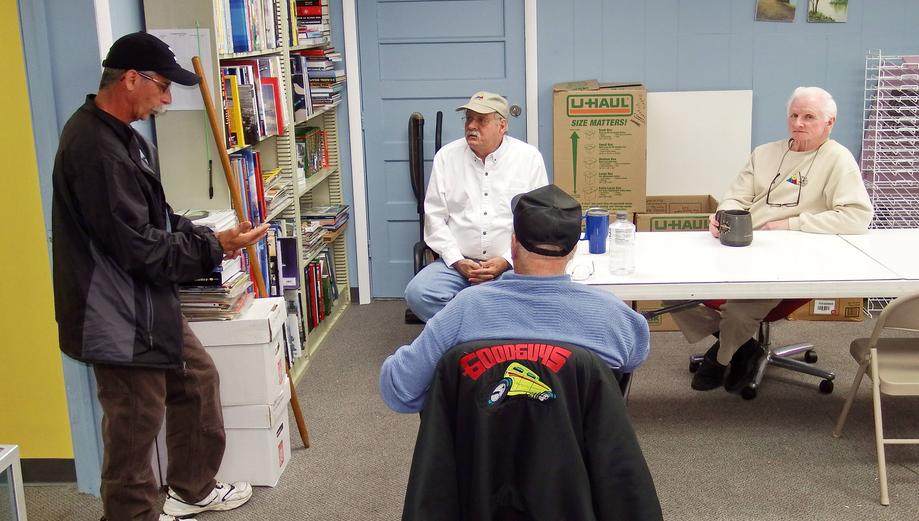 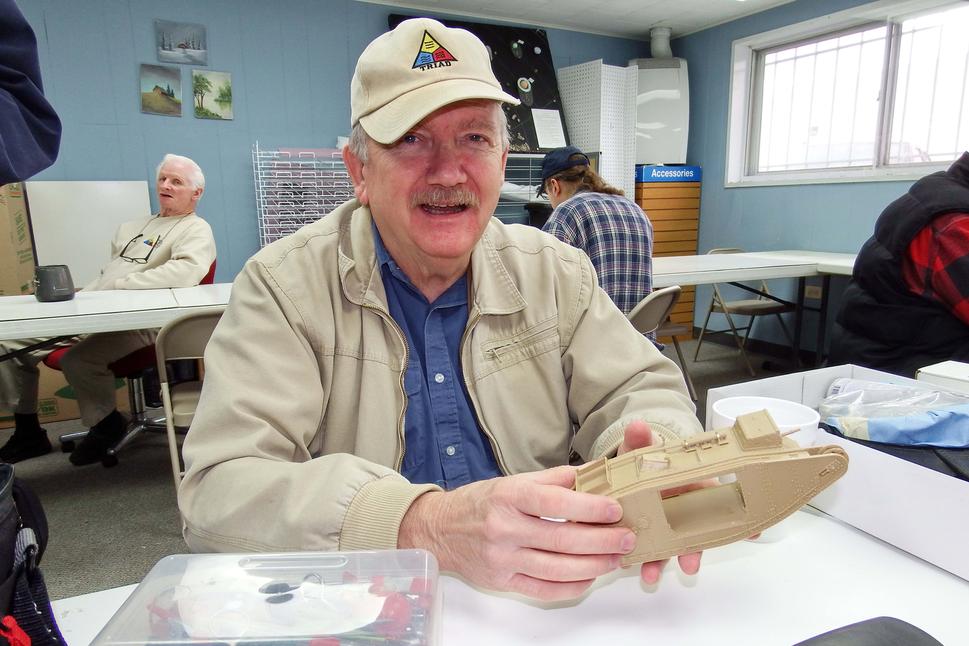 Here we see Dale Yonkers conferring with Jerry and The Pres...probably regarding some obscure historical factoid…which is what helps make TRIAD so darn much fun! 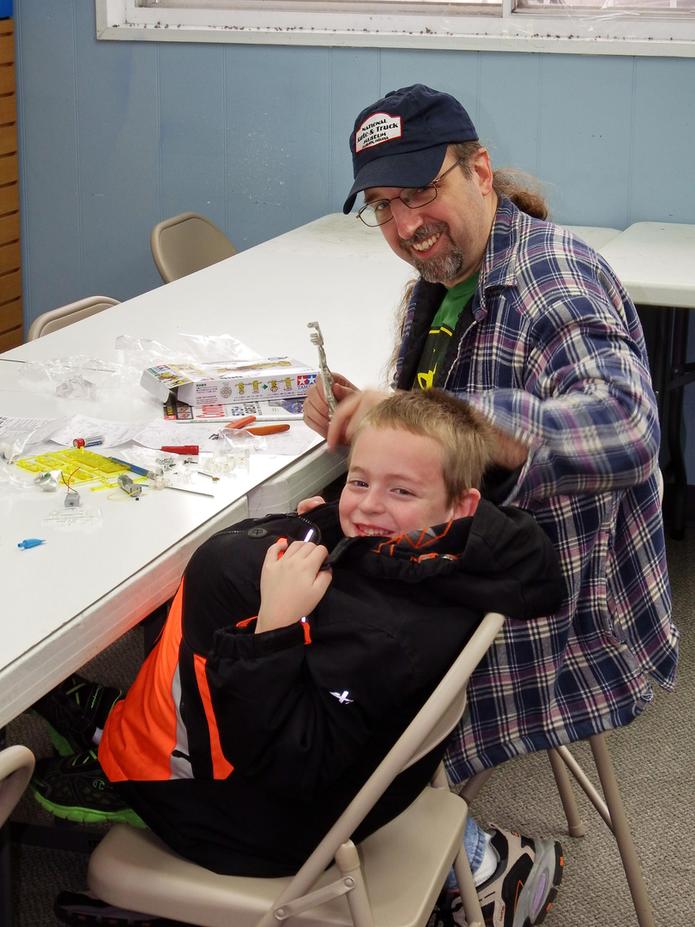 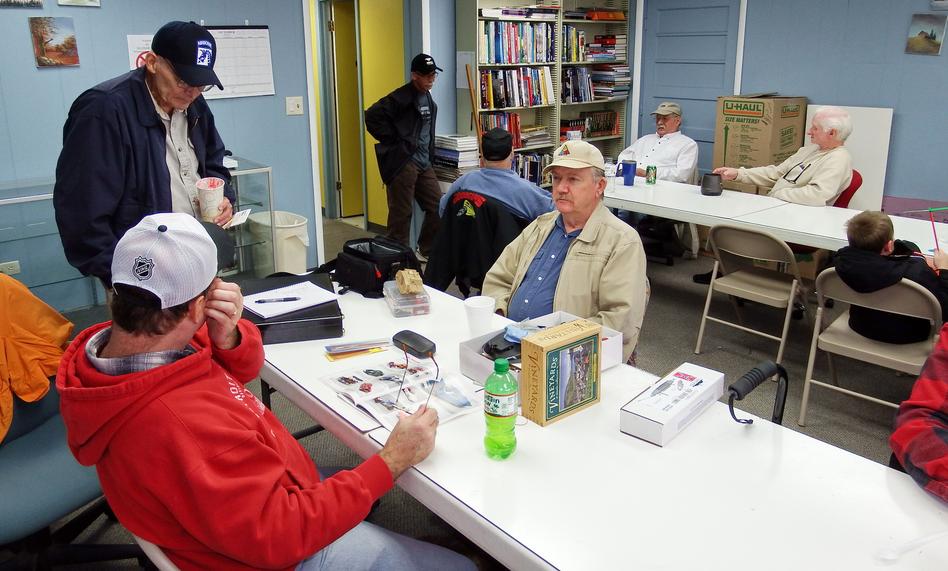 Well, that’s it for the October Work Session Report.  I’m going to miss the Soaring Scoops ice cream…but Dug says it might be available on Nov. 7.  Hope so.  See ya in THREE weeks….hate that!!

Artist Bob Thompson was in a drawing mood and was busy drawing caricatures of several of the members.  He did a lousy job on mine…his drawing of me didn’t capture my rugged good looks or my youthfulness….

Darrin Watts was there with his nephew Evan.  They were working on some sort of motorized Tamiya kit…sci-fi I think.  Looks like fun!

A fun meeting with a slight twist…members seemed to pair off in groups more than usual.  Chuck, Jerry, and JR in one group, Tom Miller, Prof. Leger, Tom Bauer, and Al in a second group, Bob, Doug, and Feller in another, and Darrin and Evan in a fourth.  Dale Yonkers seemed to be the swingman and flited between the various cliques.  And speaking of Tom Miller; we haven’t seen him in ages.  He hasn’t been modeling lately and stays busy with his 1:1 Mustang at car shows.  Good to see him!