Here we go again…Doug Schuur is trying to get us to believe the fish he caught was this big but the first liar never has a chance as Jody Dunning said his fish was this big!  You can also see some of the bases.  We saved one for Jerry B...maybe....

The anti-skill level 1.55 theme continues with Brad Hicks telling Tom Miller, “Well, Stewart just honks me off so I grabbed him by his scrawny neck and tried to strangle him like this!”  Tom appears impressed.  And as a result, I still talk funny!! 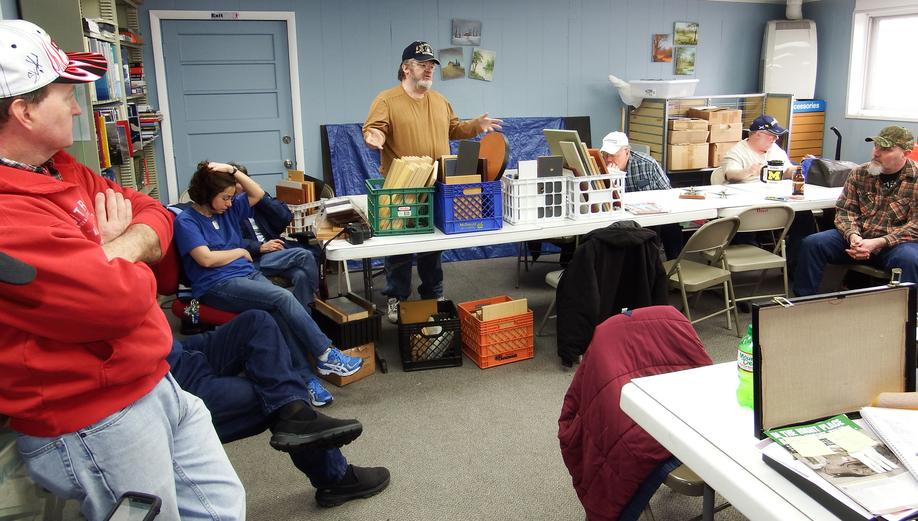 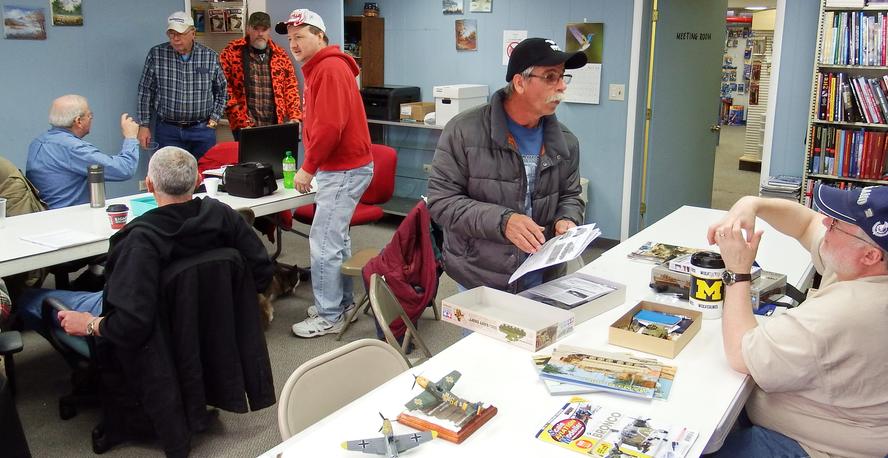 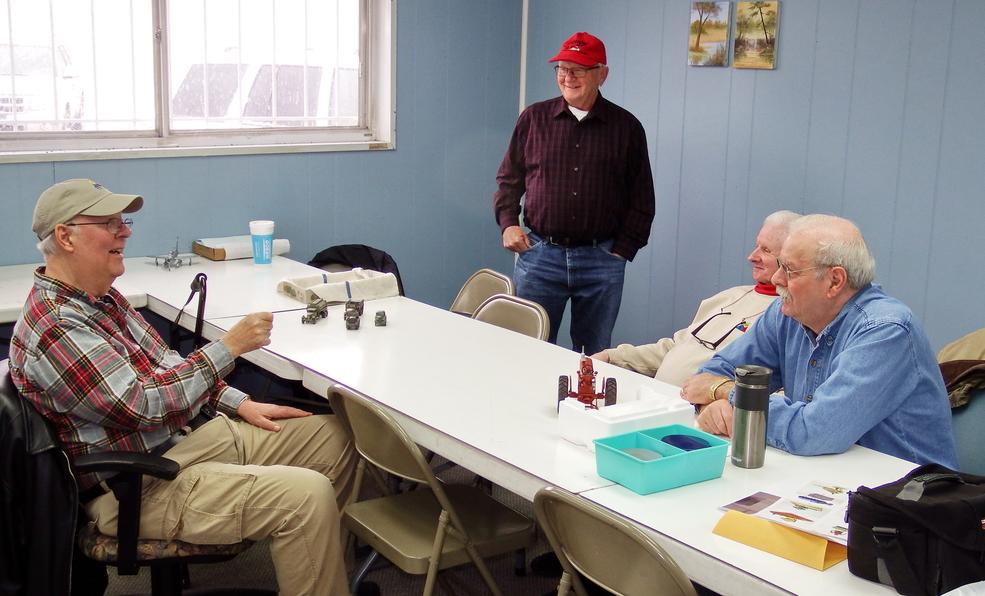 Hope to see all of you next Saturday at the Jayne residence.  Think of this place as a sacred shrine of modeling!

One of the key things we accomplished during the meeting was to try and describe the 61 photos of Dan’s models I took the previous Saturday at the Jayne residence.  It was great to revisit Dan’s models and I have to say there were a lot of laughs…it was a good time!
I will now send these photos on to FSM for possible publication and Tom Miller will send the aircraft photos to the USAF Museum in Dayton to see if they are interested in displaying his models.
In this first photo, Bob Thompson is saying, “If that *^%#@ Stewart calls that Titanic dummy stack the “Thompson” stack one more time, I’m going to punch him in the mouth!”  Ooooooh…I’m really scared!!  ;-) 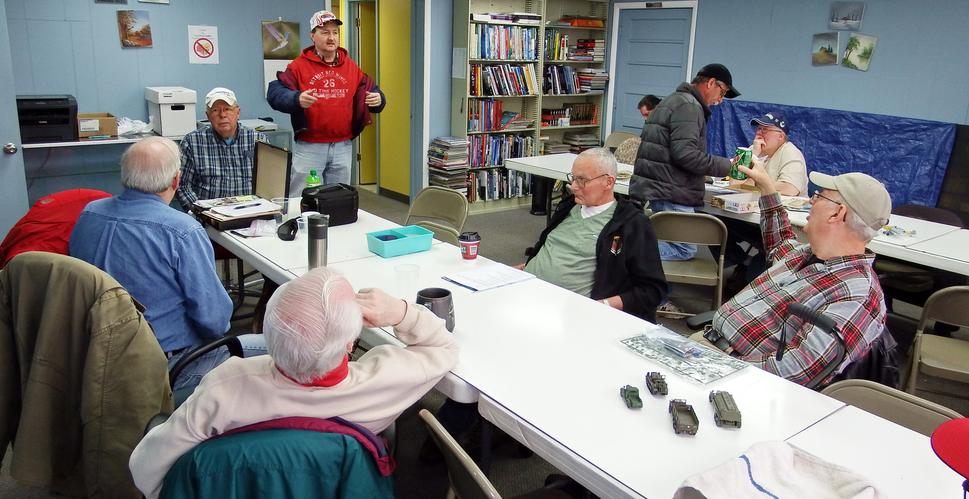 In this photo, Bob shows our resident Mountain Dew-aholic, JR, his very first Mountain Dew.  Bob pretended the extra jolt of caffeine really had him talking fast and it was very funny!  Good job, Bob!

Judy and Holly Jayne attended our 4/2/16 meeting where they brought in a ton of bases and we talked about the future of Dan's models and his kits.  Doug Schuur will head up a special committee of two to find appropriate museums for Dan's finest models.
Judy and Holly have invited us to their house next Saturday, April 9th, to gaze upon Dan's extensive kit collection...with the opportunity to purchase them!  This will be an AFV and aircraft modelers' dream come true!  It appears the kits will be priced to move...but let's remember these are Dan's kits and we are there to support his family.  Let's be reasonable.
There will also be additional free bases to choose from.
Time: 10 AM
Date: Saturday, April 9th
Address: 111 South Park, Spring Lake, MI  (first house behind McDonald's)
Their phone #: 616-842-3839
This will probably be your one and only chance to walk upon hallowed ground...to visit the inner sanctum...to see first hand modeling heaven.  Yes, you will finally get to see the workshop where our Master Modeler created his masterpieces.  Trust me, this is a big deal...I only made it past the front door once!!  (Be careful on the stairs!)
See you Saturday and stuff your pockets full of cash.
skill level 1.55 out....
PS Our April S&T will be held April 16...no Work Session that date.