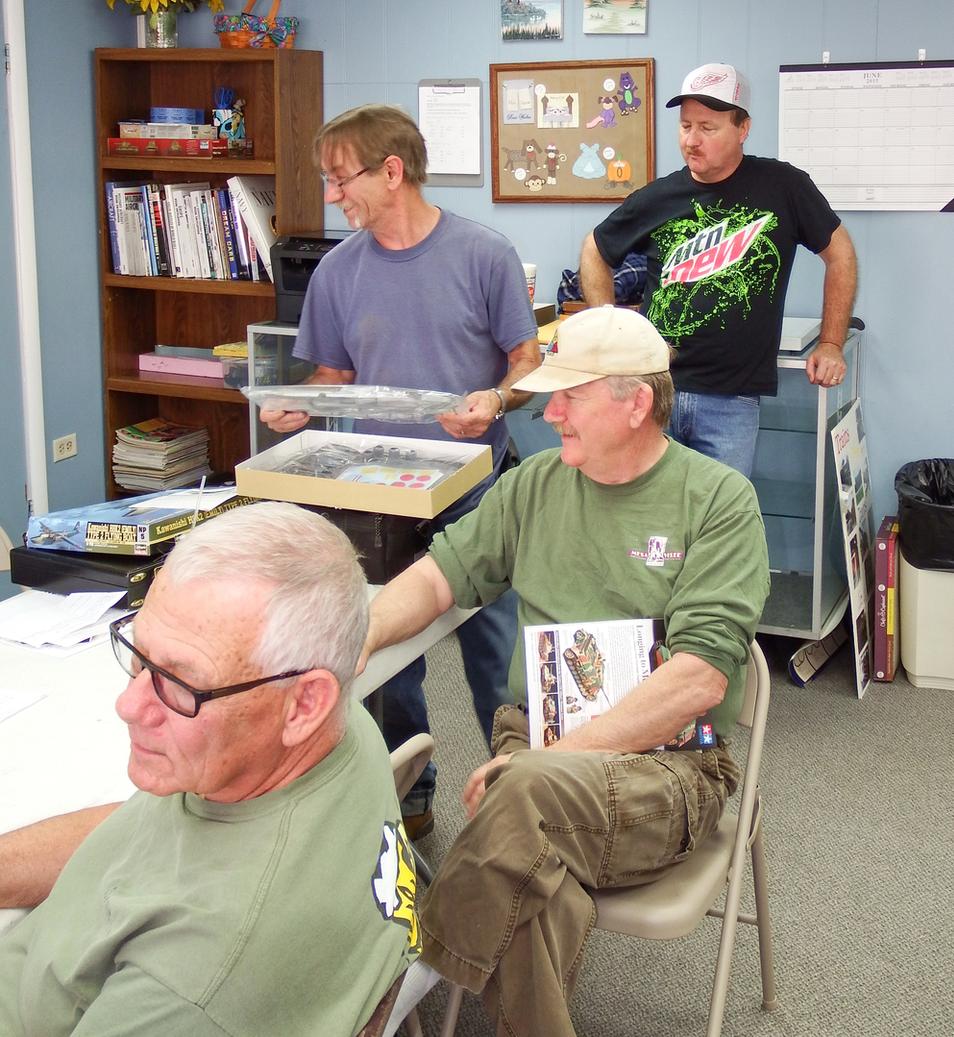 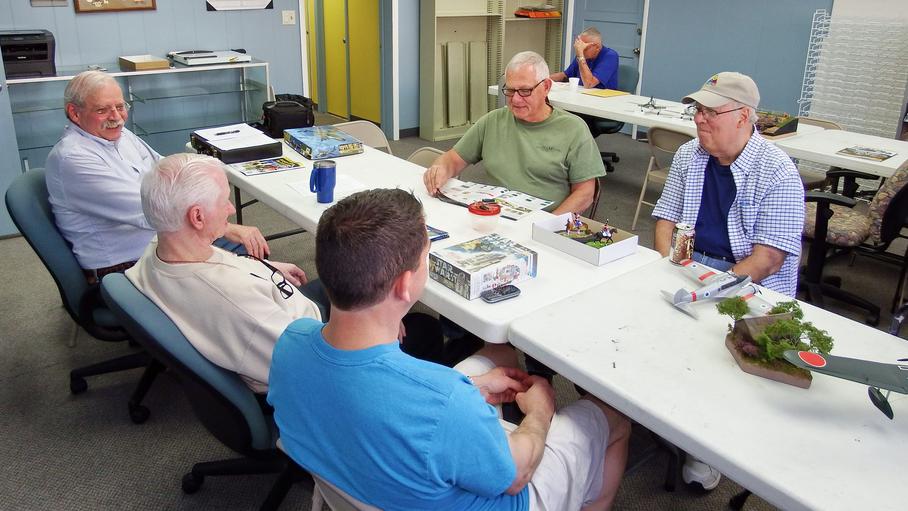 See you at Pasta & Plastic!! 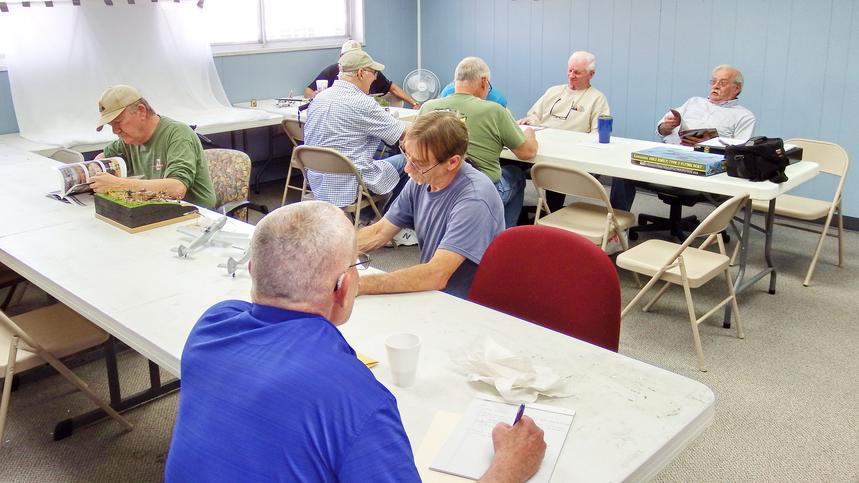 Here we are…having fun with modeling! 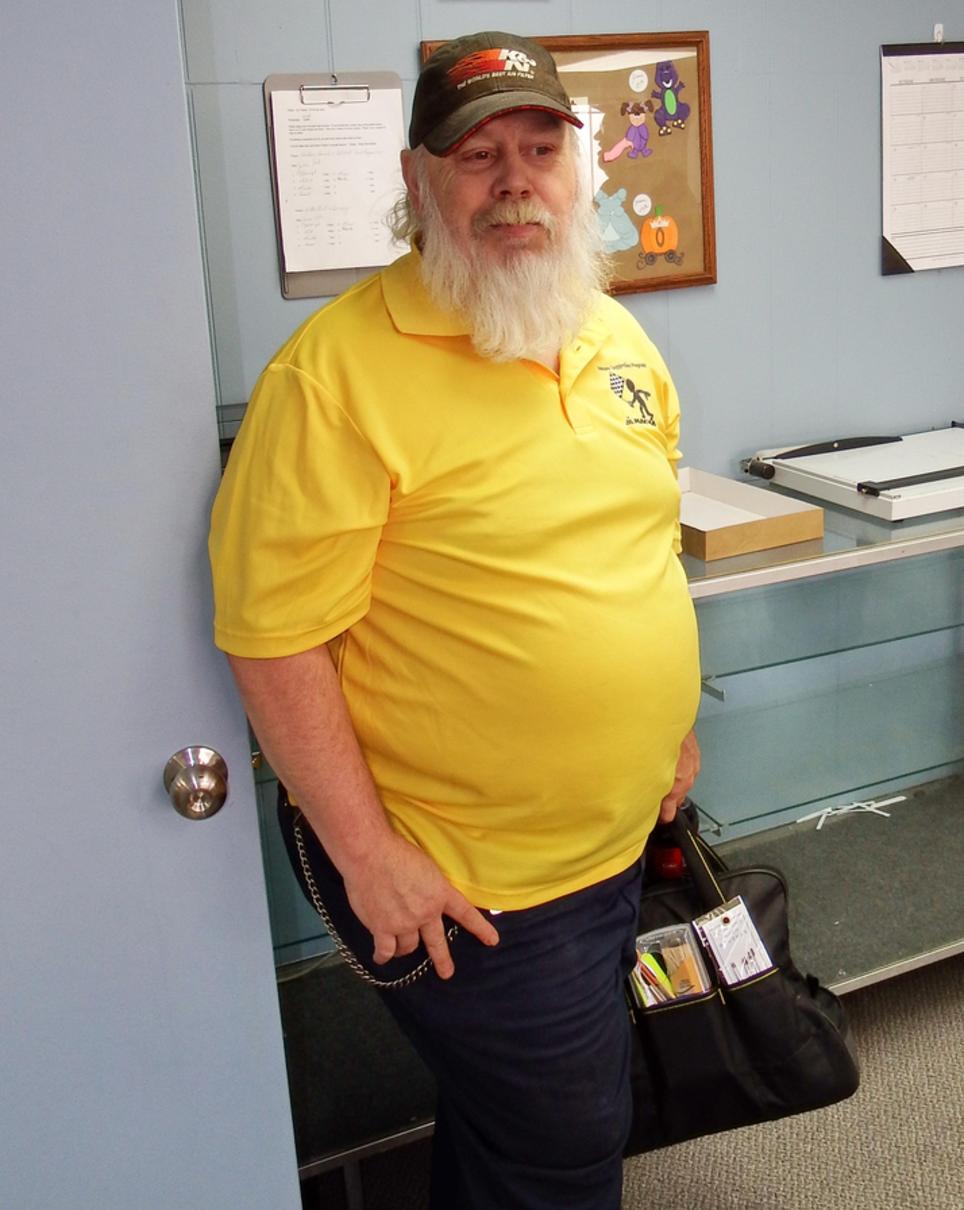 Here is a shot of Tim Ridout’s buddy, Jerry Shullenberger.  Good to have you join us! 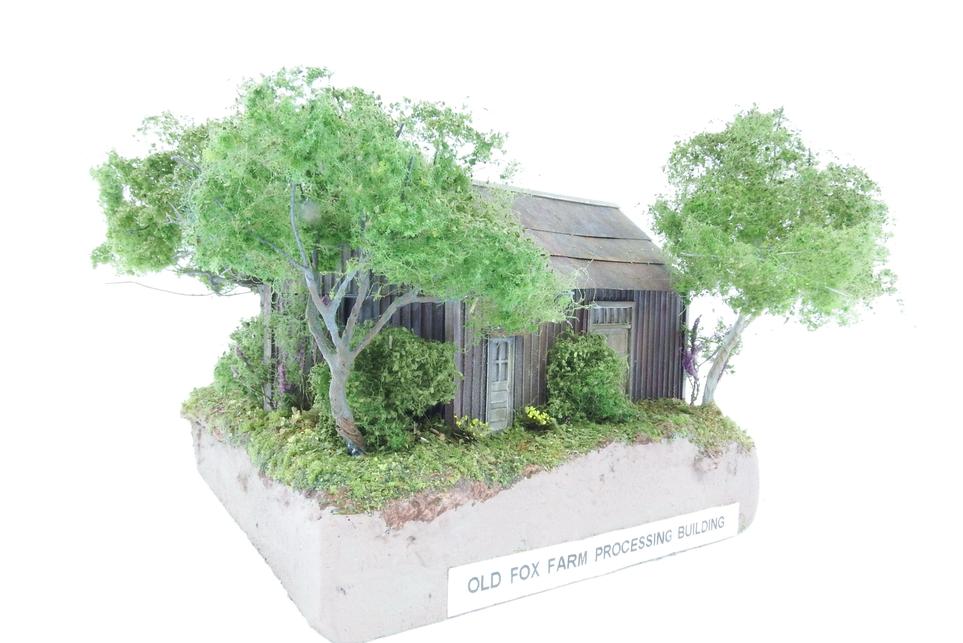 OK, I admit it.  I love structure models and Al George has become a master at building them.  Like the rest of you, I’m not crazy about Al…but I am crazy about his structure models!  ;-)  Al says this model represents the local fox processing farm building of the 1920’s and 30’s and is from his imagination.  Al used plastic and tin metal (the tin he rusted with ferric chloride) along with goodies from Grandt Line.  He made the trees from #12 stranded wire and Woodland Scenic and Noch for ground cover.  I love this!

The Pres, JR Burggren, did a masterful job on this old Monogram Kurtis Kraft Indy Roadster from around 1963.  He built it per the kit…wow…bet that hurt!  ;-)  He painted it with Testor’s Electric Pink.  It takes a real man to paint with pink!  Wonderful job, JR! 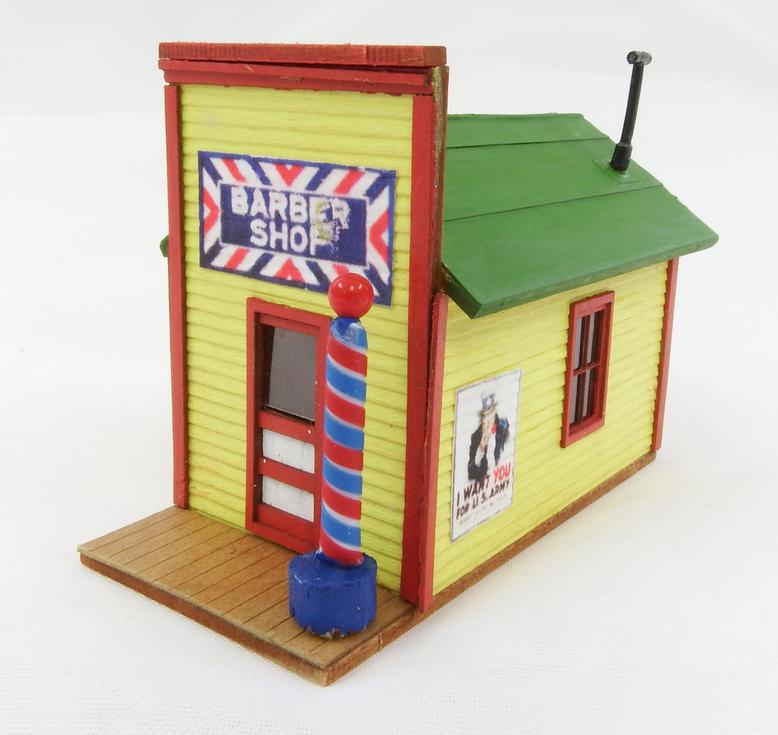 Tom Ralya continues his interurban project with this adorable little barber shop in HO scale.  This started life as an American Model Builders kit made from basswood, white metal, and plastic.  Tom made the barber pole stripes from tape!  The dry transfers are from Woodland Scenics.  Great job, Tom!

Bill “Huey” Leger brought in a Dragon Huey UH-1D which required some rework and Evergreen Plastic. Once again, all his decals are homemade.  Fantastic.  He said the main rotor was nice; the tail rotor not so much.  I think he said the figures are from ICM and MRC.  Another great helicopter, Bill!  (I aplogize for the washed out photo...not sure what went wrong....) 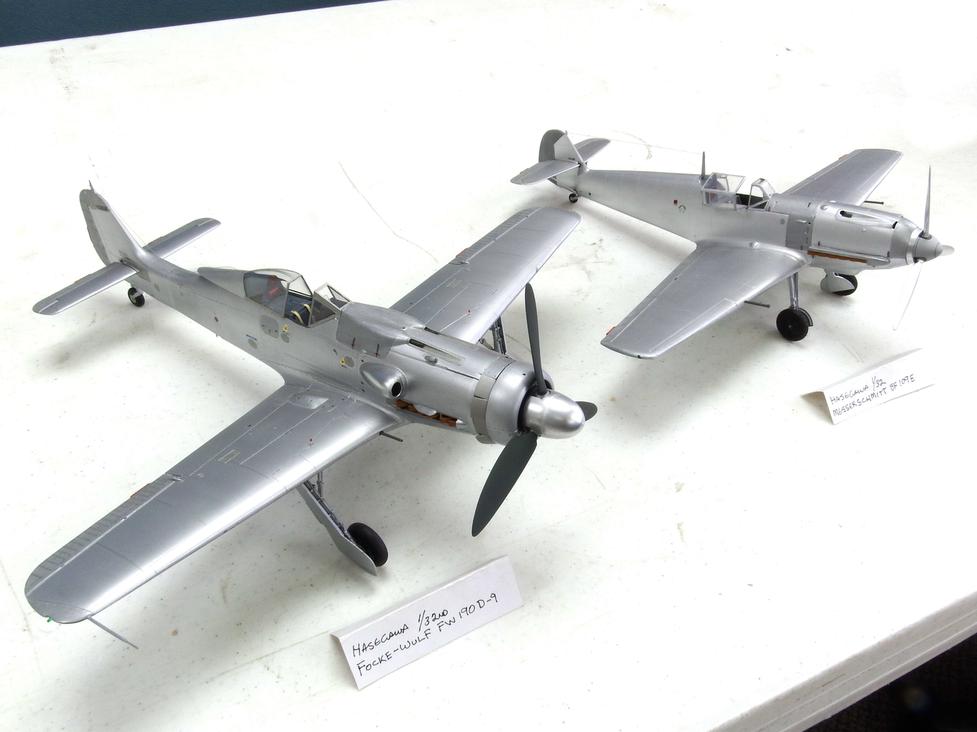 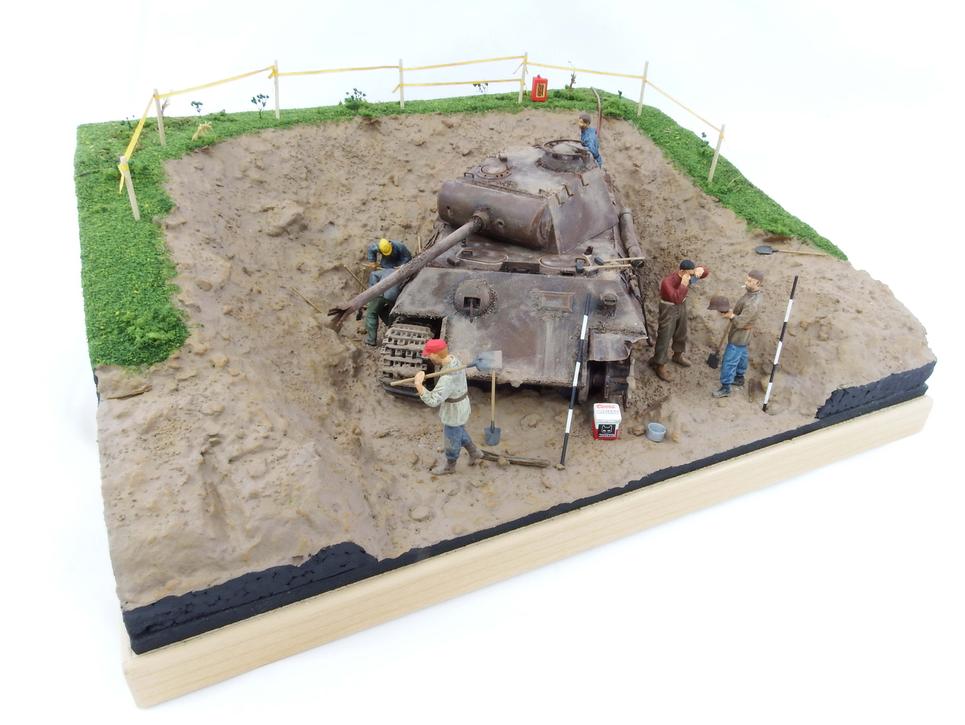 The Master Modeler has returned!  You saw his “helicopter” on the homepage.  Now, here is his 1/35 diorama of a German Panther G being dug out and recovered.  Very creative…as usual.  And then we have two 132 aircraft finished in natural aluminum…an Fw 190D-9 Dora and a Me 109E Emil.  Both were painted with Testors rattle can silver.  Very interesting.  Thanks, Danny!  Way cool! 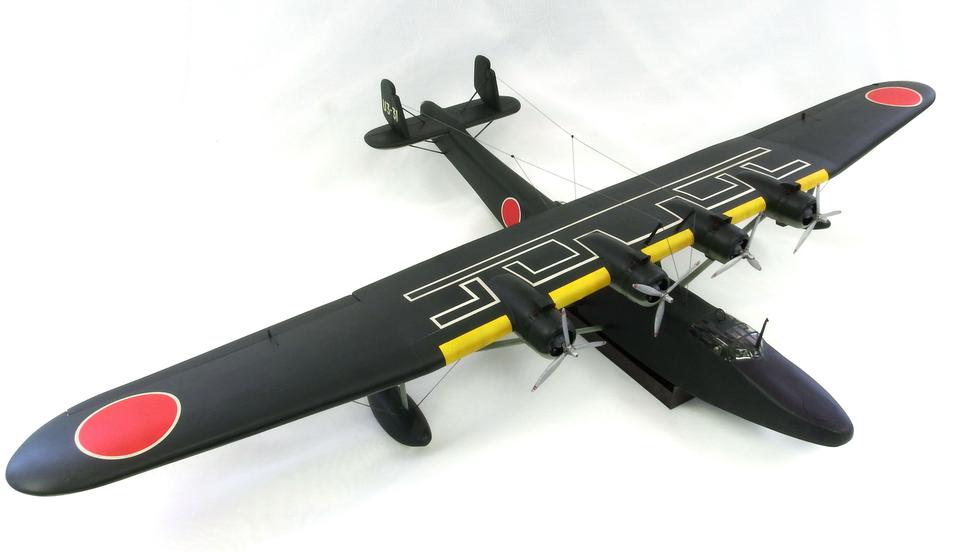 Aaaaahhhh!!!!  Mark Jahsan said he was going to give me a write-up but he forgot…and I didn’t take notes!!  All I can tell you is it is a four engine Japanese Mavis from WWII.  What makes this model so amazing is it is another vacuum formed kit that Mark specializes in.  Can’t tell you much about it except it is BIG and beautiful!  Thanks, Mark! 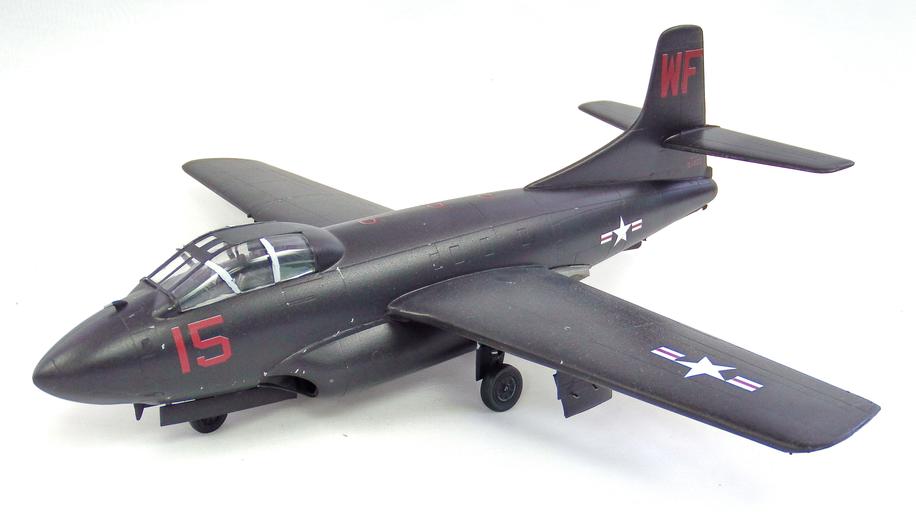 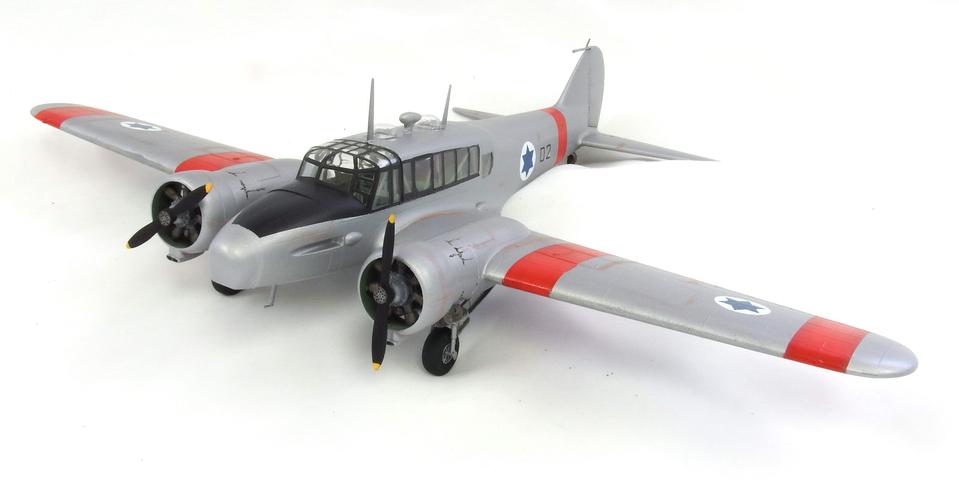 Jet man Doug Schuur couldn’t stay for the meeting, but two of his beautiful jet models did stay for the meeting.  Both are 1/48 scale and the first one is an Avro Anson in the Israeli trainer/light bomber role.  This kit was from Classic Airframes.  Next, we have his Sky Knight which was a Navy/Marine all weather jet and this one is painted in as the Marine night fighter in Korea.  This jet was also used in Vietnam for a short time.  This is a Czech Master kit.  Great job, Doug! 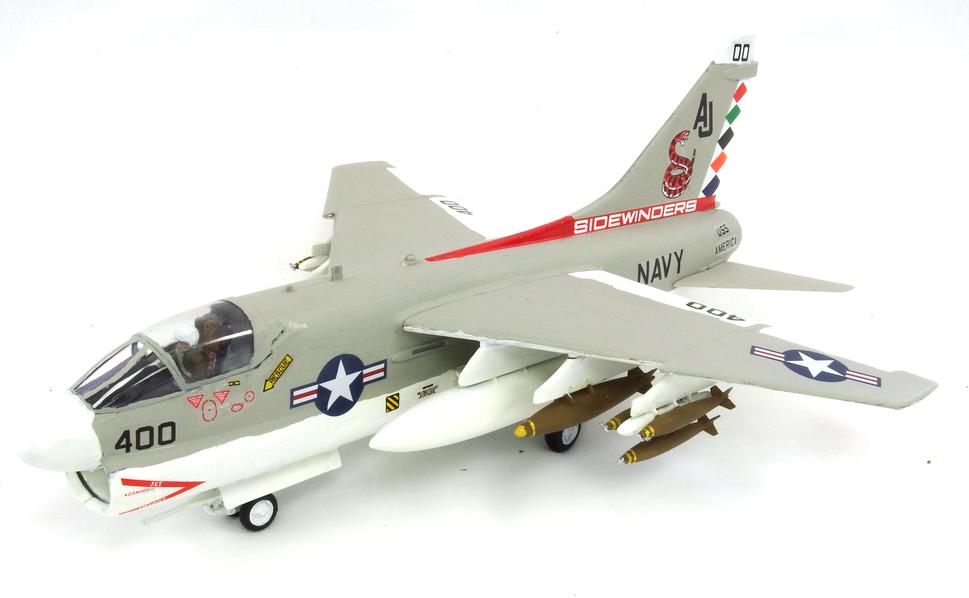 OK…this guy is older than Thompson but he has been well preserved.  Mr. Dewitt brought in a 1/48 Corsair A-7A with Super Scale decals.  He used Model Master and Testor’s paint.  And he remembered to add nose weight to keep the tail from dragging!  He plans to build another one.  Sweet, Feller! 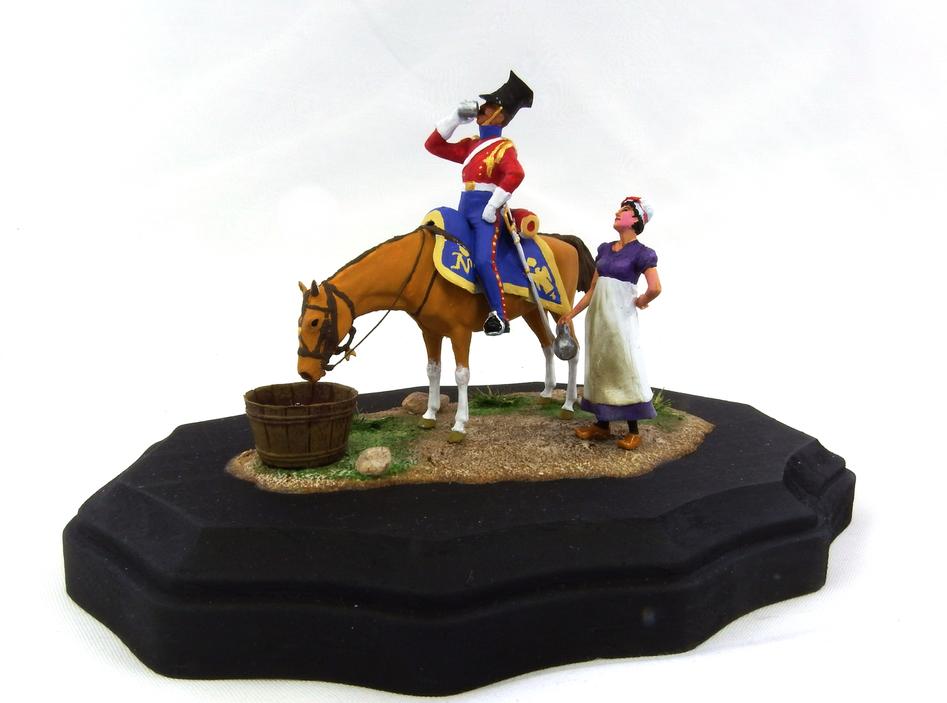 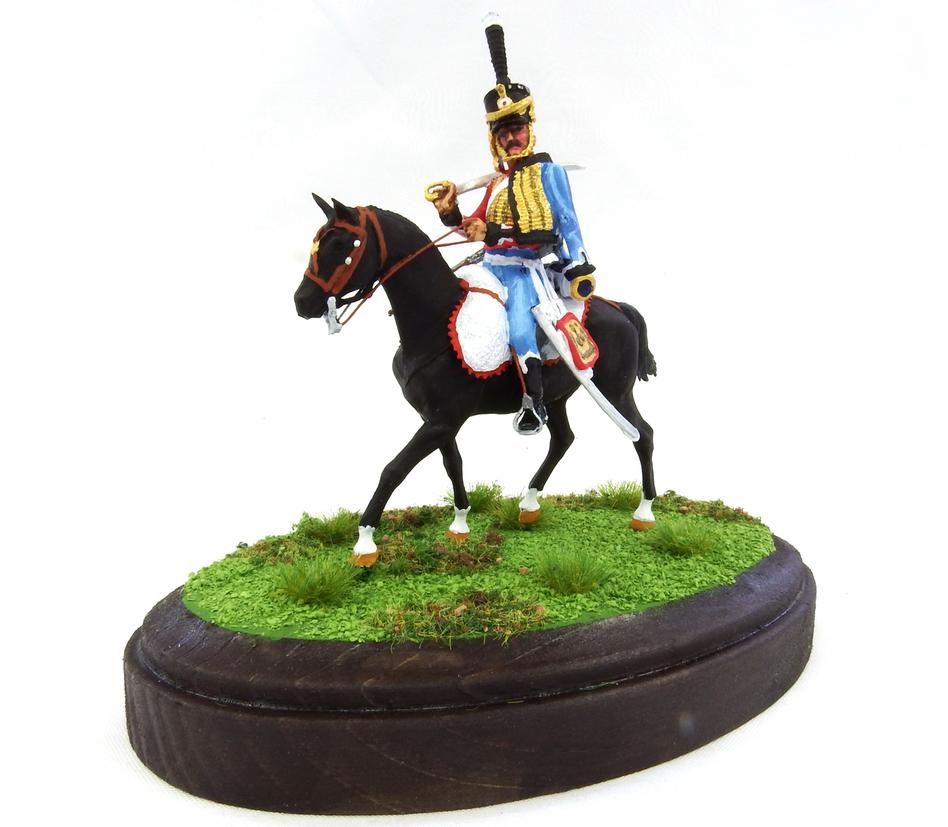 From the young to the very old…Bob Thompson showed off two beautiful sets of figures.  They would have been perfect but, as Dale pointed out, there were no road apples.  Despite that, they are beautiful.  Both are 1/32 and from Master Box.  The first is a Napoleon’s Red Lancer which depicts heavy cavalry.  As Bob’s wife Linda told Bob, these guys are “back when soldiers were pretty”.  The second vignette is a Napoleonic Hussar light cavalry.  Great job on both, Bob!  And we hope you are feeling better very soon!! 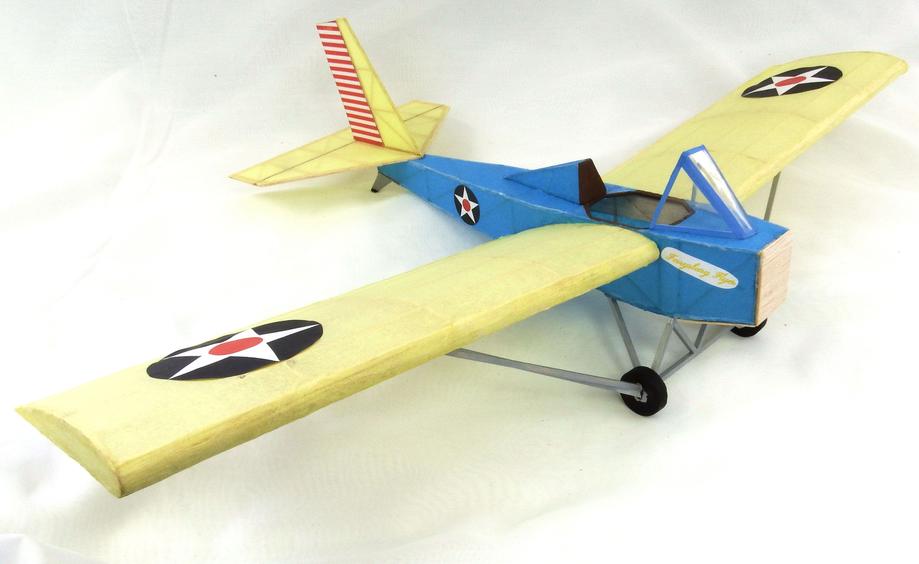 Our little boy is growing up…Spencer “The Destroyer” Kosc will be a freshman this fall.  How did this happen?  As part of his class assignment, he had to draw, design, and build something.  Here is what Spencer came up with…a 1/12 scale scratchbuilt ultralight airplane model made from balsa and tissue paper…and one plastic part.  Very impressive…but some things never change.  He says he will probably burn it.  Jeez….