Let’s start off with Spencer Kosc.  We’re glad he could make it to the S&T before he heads off to college.  He’s leaving with a bang…a beautiful UH-1C Huey helicopter that he built in 1-1/2 weeks for the Fourth of July.  Jeez, this guy is good.  He added scratchbuilt interior details made from sheet styrene and wire and seatbelts from Tamiya tape.  Just a great model!  See ya next year, Spencer! 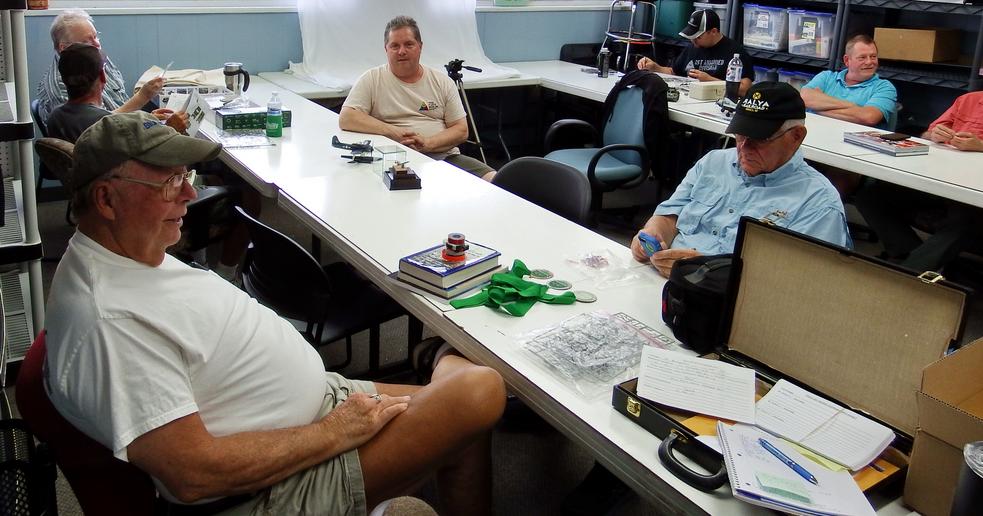 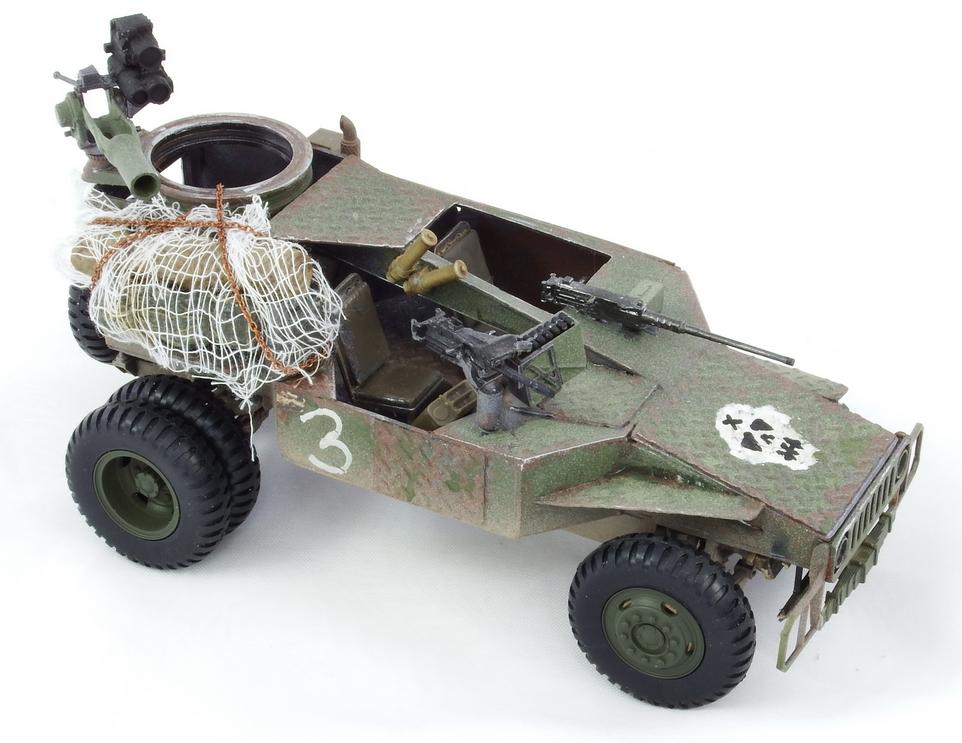 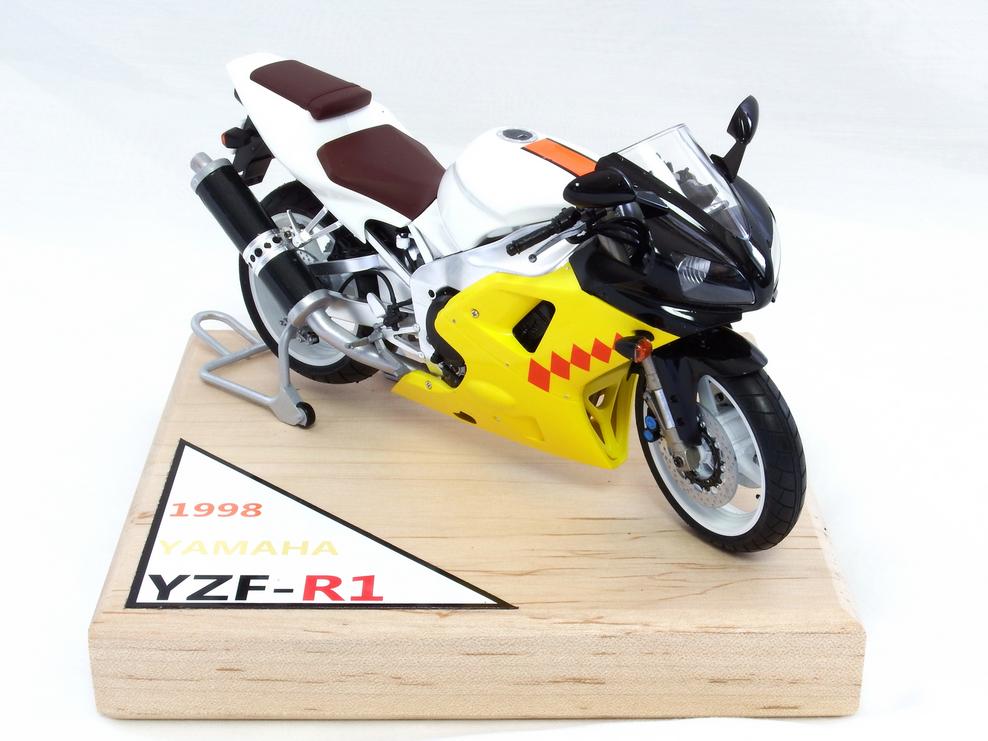 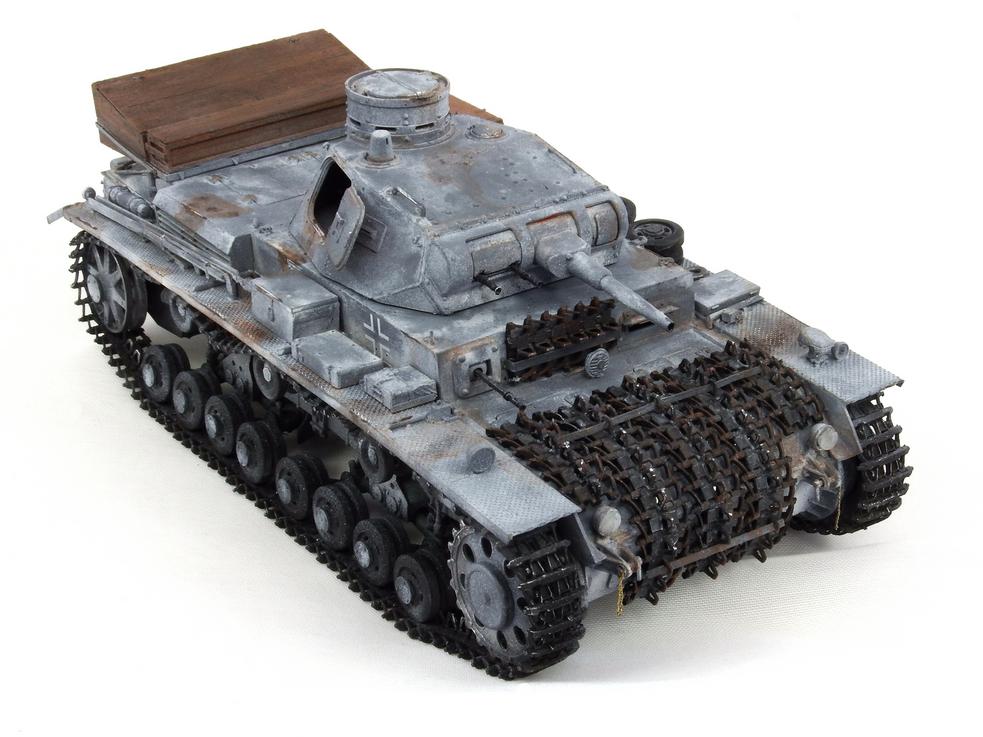 To close, here are three photos taken from various angles…trying to find their “good sides”…they just don’t have ‘em!  Two late arrivals are missing from the photos.  See ya at the July WS!

Doug Seekman has completed another modeling commission for Dale and it is a beauty.  So glad it was NOT entered in the Ridout Challenge!!  It is the ICM 1/48 JU-88C-6 painted with Model Master enamels.  He used Owl Decals again.  He modified the rear canopy to make it historically accurate.  He scratchbuilt the IFF aerials on the wing.  The pilot of the plane fought on the Eastern and Western fronts…and his gunner shot down 83 aircraft…including 7 in one night!  Yikes.  Great work, Doug! 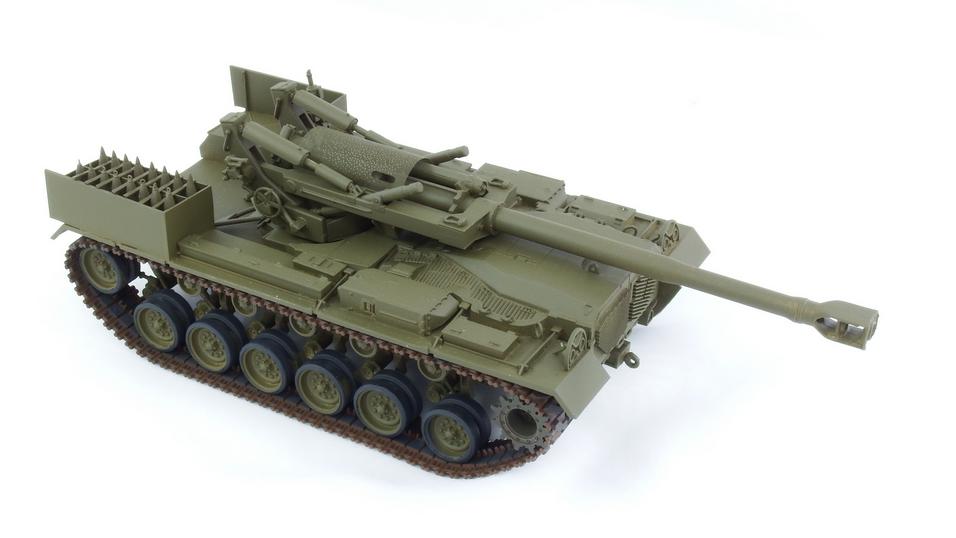 Bill Finch closed out the S&T with his Panzer III from MiniArt.  He showed us what you can do with the hairspray technique!  This model is lookin’ good!  Thanks, Bill!

Stan Carrier brought in four WIP models and here are two of them.  The first is his own design, a Gunner Buggy, which is what you will need in the post-apocalyptic era.  It started off as a Tamiya Humvee and he scratchbuilt the body and other fittings using his Cricut machine.  The other 1/35 model is his SPG (M198 field howitzer) on the M-48 chassis.  He is still working out the details but so far he is pleased with the progress…so are we! 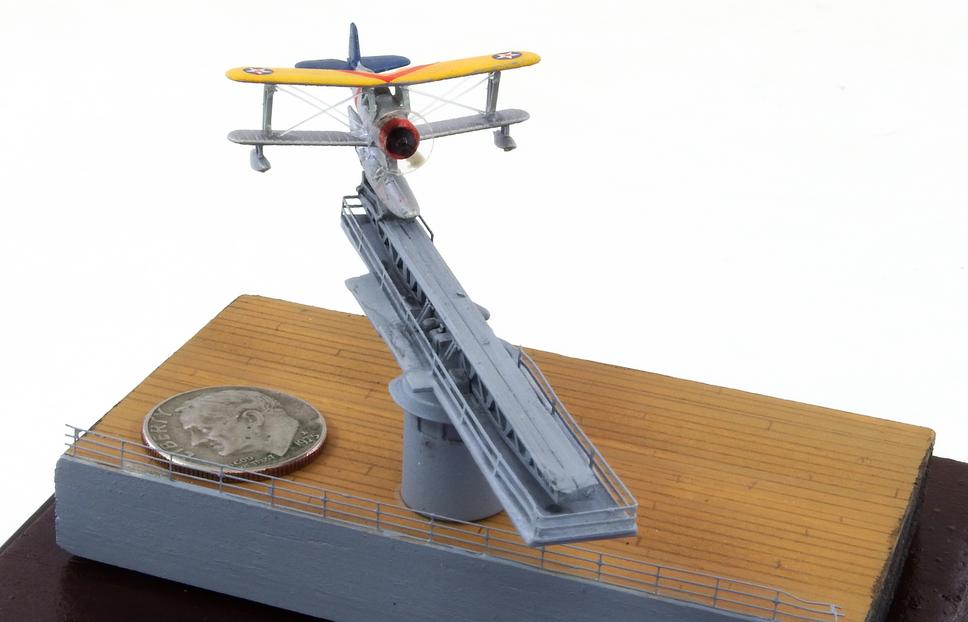 President JR Burggren wrapped up another dirt track car…this is the AMT Jim Cushman late model car.  It started life as an early 1970’s Plymouth Duster.  He changed out the tires and wheels, added hood pins, and different rear spoiler.  He used Model Master Champagne Gold paint and the decals were from the kit.  Another winner!

Here we have skill level 1.55’s 1/12 1997 Yamaha YZF-R1 motorcycle.  This was my first…and hopefully…last motorcycle build.  Tons of detail…much of it hidden.  Kit decals unusable.  Exterior painted with MR Color lacquers.  Most difficult aspect of the build was near the end...with two wheels, no way to stand it up to work on.  Very awkward.

Mark Jahsan continues to amaze us with his modeling talent.  First up is his Signiter 1/48 Curtiss SC Seahawk as it appeared on the USS Indianapolis. This was a difficult resin kit…which is Mark’s forte!  Man, he did a nice job on that!!  The second model is his first place entry at the Ridout Challenge and is a 1/350 Curtiss SOC Seagull…leftovers from Trumpeter and Academy kits.  Note the wing rigging.  Yes, that is a dime next to the plane!  Wow!! 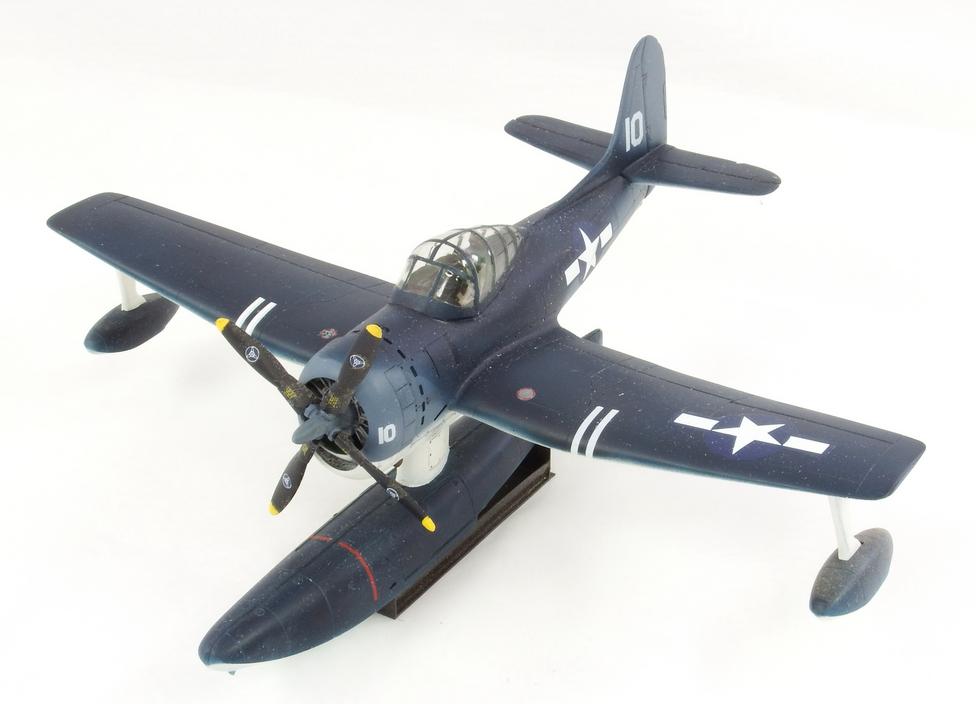 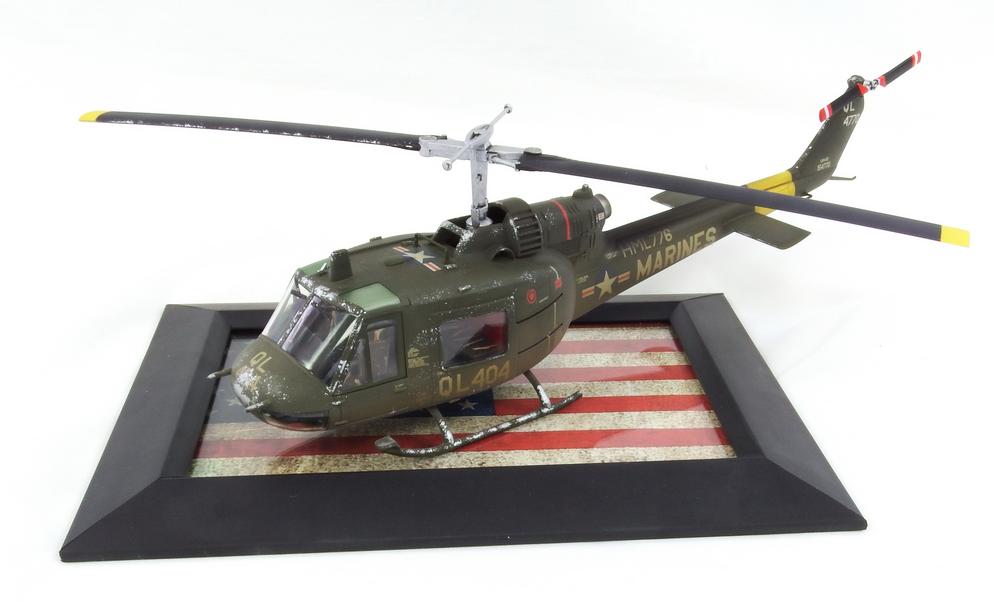 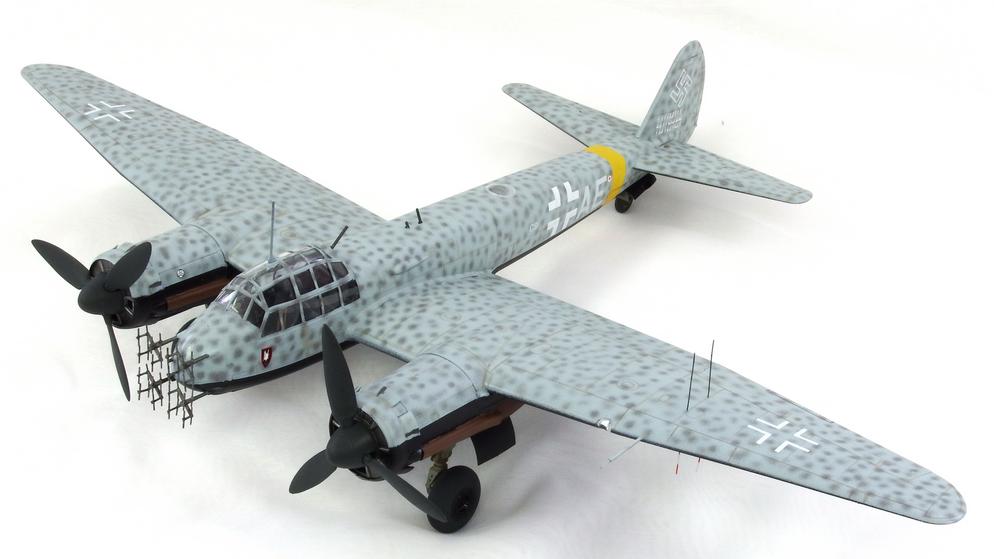