See you guys at the April Show & Tell! 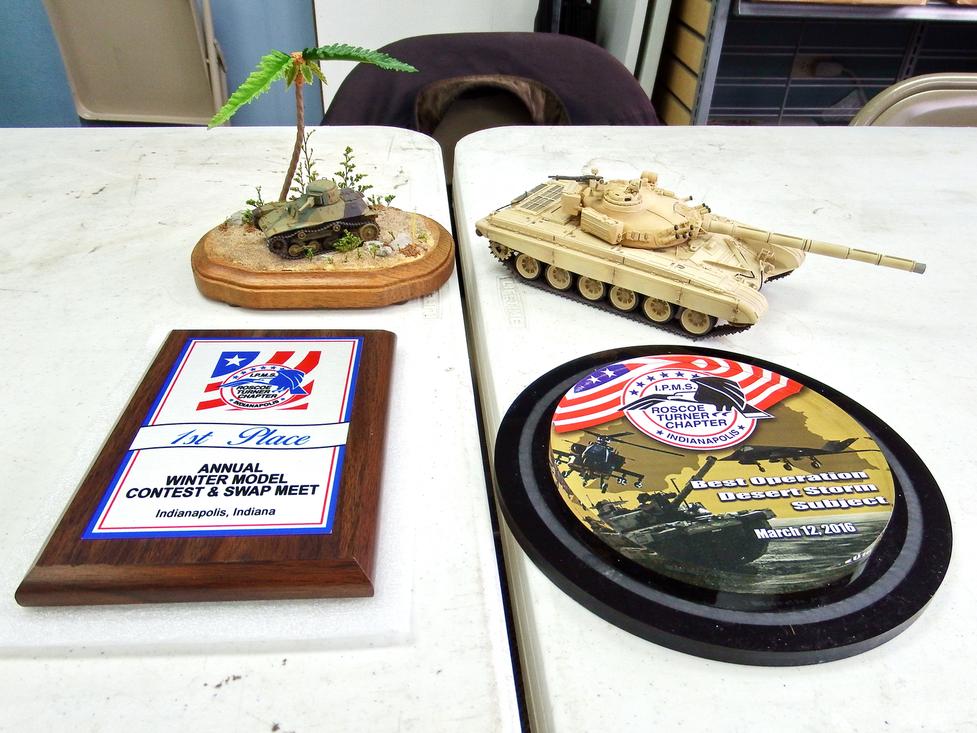 Alan Vandam went to a model contest and swap meet and really cleaned up…seriously…he sold $1,200 worth of model kits to one guy alone!  And he took a first place in armor and Best Operation Desert Storm. I’d say it was a worthwhile trip to Indy!  The small tank is a special run resin kit of a Japanese Type 97 tank and the other is a modified Iraqi T72 with a resin turret.  Sweet!  Congrats, Alan!  I’ve been telling you this guy is good! 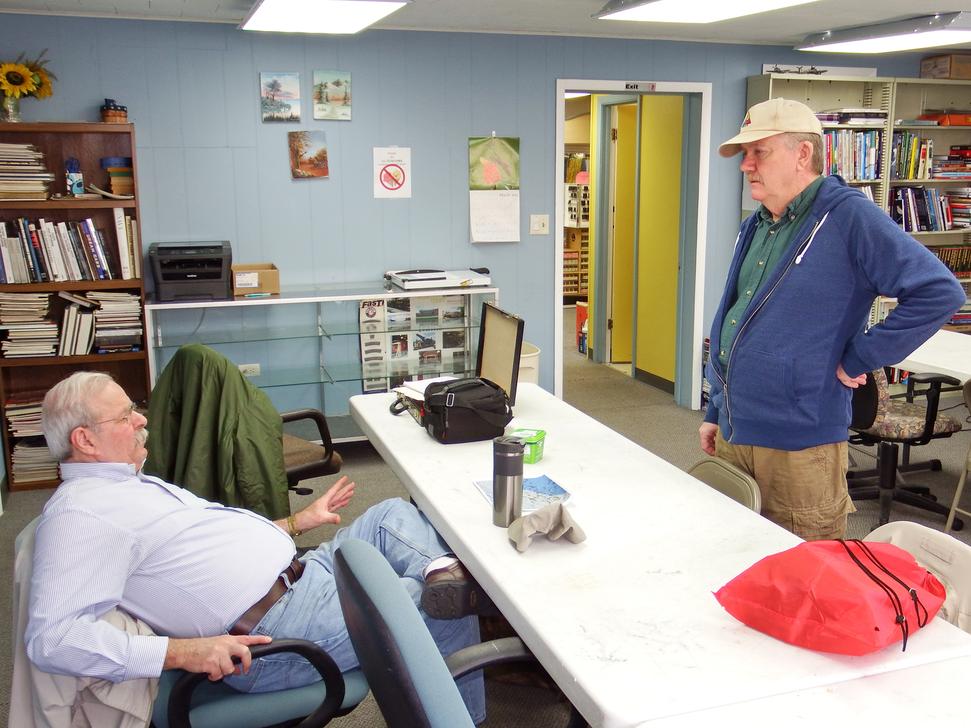 Here are three photos of the guys enjoying another Work Session.  I had a great time…other than being pushed around by Jerry….   ;-)  Here Al is telling Jerry, "Yeah, you can push Stewart around but don't try that crap with me!" 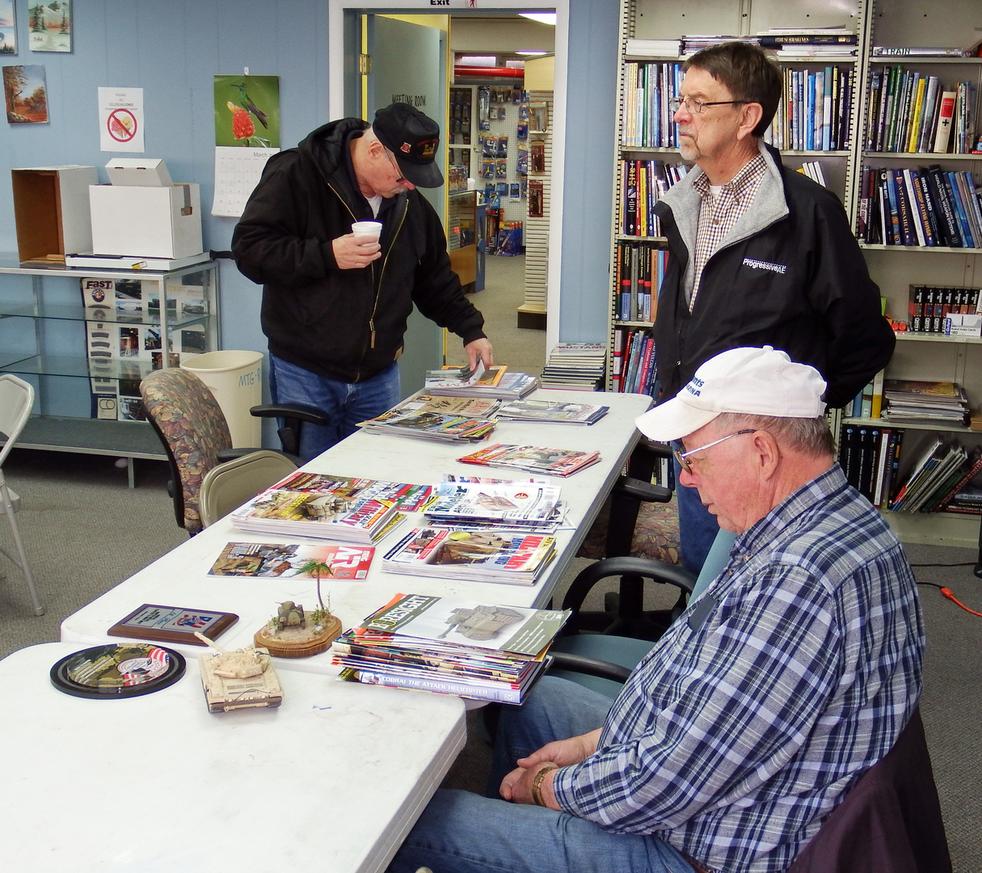 Another nice guy, Dale Yonkers, brought in a ton of modeling magazines.  The members started off courteous but soon things broke down and there was shoving and pushing and name calling.  After a few minor skirmishes, the Alpha modelers had what they wanted…and I took home what the big dogs didn’t want!  Hey, we don’t call him Big Daddy Bridenstein for nothing!  Thanks, Dale!  Yeah, that's Michael Novasad standing on the right.  He used to be a TRIAD member but then he wised up! 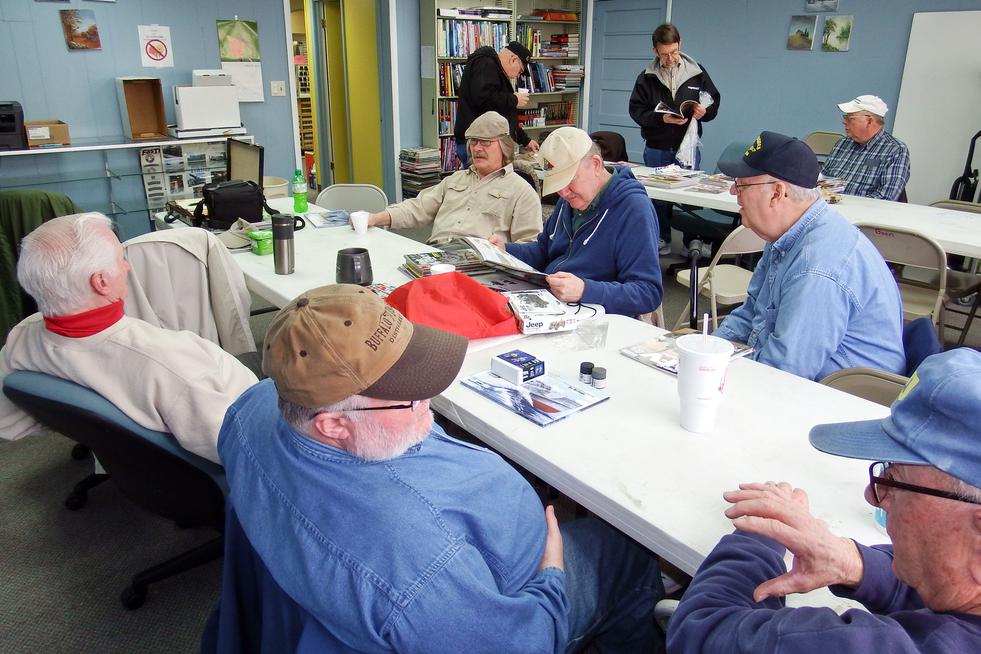