See ya at the February S&T.
PS A thank-you to Pres. JR for his kind words about Timmy.

Feller Dewitt may have also fallen and become disoriented as he is working on a truck model.  Hopefully, he will have a full recovery and get back to aircraft modeling soon….  ;-) 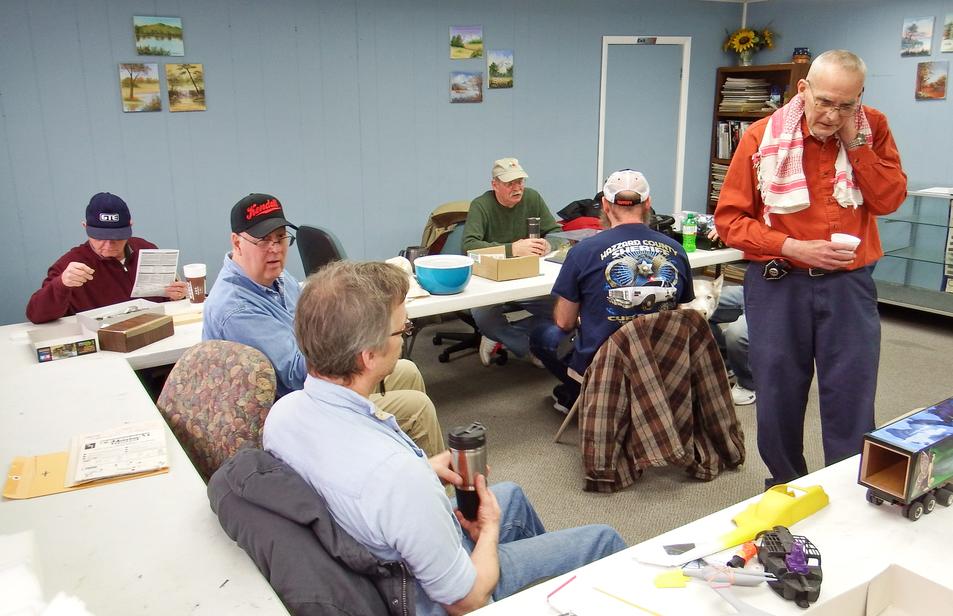 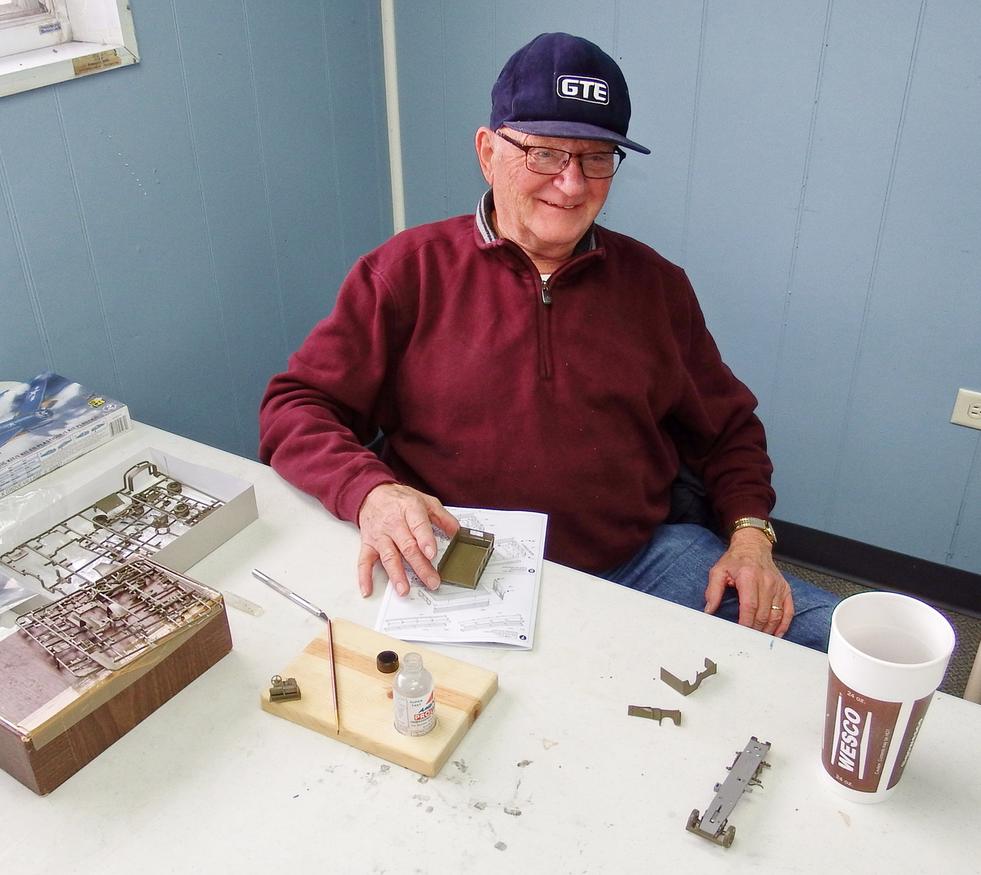 To celebrate old man Thompson's 70th birthday on Sunday the 17th, his wife, Linda, baked us chocolate chip cookies.  I'm not proud of the fact that I devoured three!  Thanks, Linda!

Here is another view of Tim’s visitation.  Without shame or remorse, you can see our leader, Pres. Burggren, kissing up with four members of the GR IPMS group.  With total disdain toward TRIAD and a complete lack of loyalty, he was negotiating terms to be traded to the big leagues (GR).  I overheard talk of a signing bonus…a lifetime supply of Evergreen plastic.  I reminded JR that if he wanted a ride back to Muskegon, he’d better forget about the bright lights of GR and stay with TRIAD.  Who am I kidding?  We told the GR guys they could have him AND we’d give them twenty bucks! 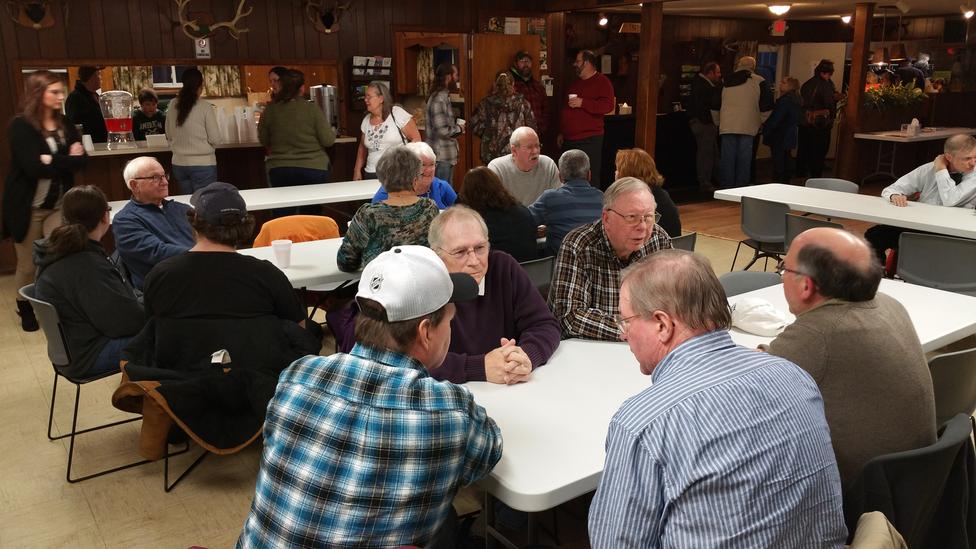 The back parking lot had some dangerous patches of hidden ice and reminiscent of my fall a few years back, Dale Yonkers took a bad fall but nothing appears to be broken.  But I’m sure he’ll be hurting in a day or so.  Glad he wasn’t seriously hurt.  Dale purchased two kits recently…the large scale German U-boat Type IX C/40 (note skill level 4…way too tough for skill level 1.55!) and the AFV Chaparral.  Revell sub kit was cool! 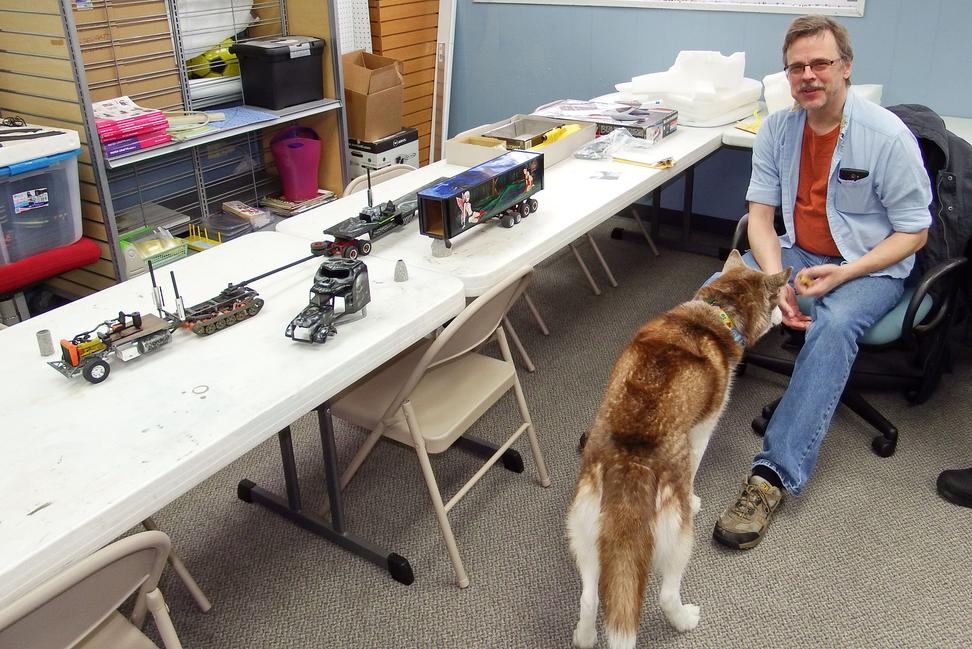 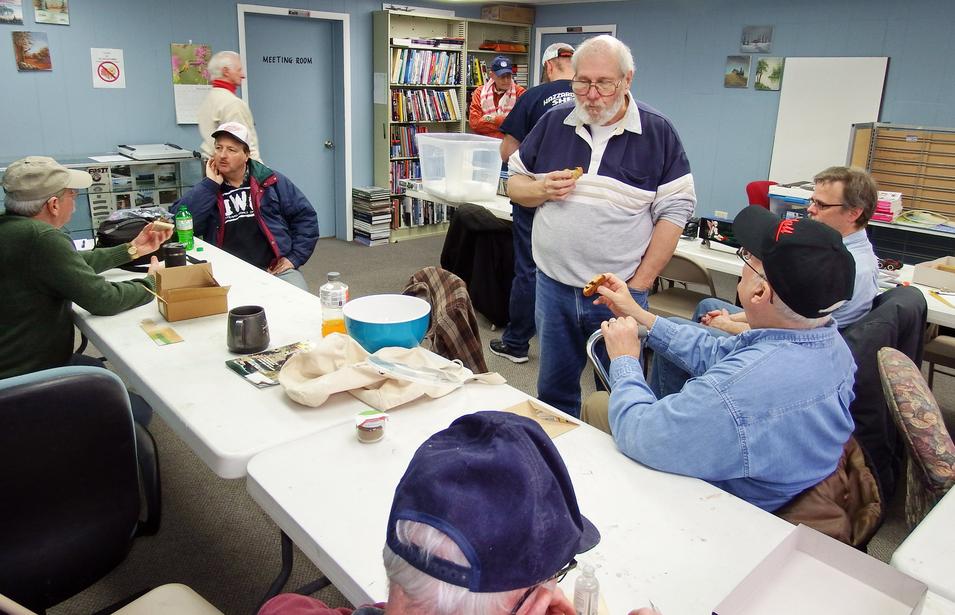 We’ll wrap up with two photos of guys doing what they like to do…have fun!

A new guy showed up named Wayne Bos.  Take a look at his model(s)…twenty years in the making.  The artwork on the sides of the trailer was hand painted by several professional artists.  We helped Wayne get setup with his first airbrush, primer, and some Alclad.  He hopes to enter this model at the next big IPMS contest.  Hope to see you again, Wayne!