Good grief…it isn’t German or Russian and it wasn’t captured! But it did capture our hearts as it is just…can I say this…adorable!  The three figures are JR, Al, and Jerry…otherwise known as the three Stooges!  The AMT Model T was a quick and easy build per builder Dave Martin.  The cardboard background was much more difficult than it needed to be and not quite finished.  Great change of pace, Dave!  We loved it! 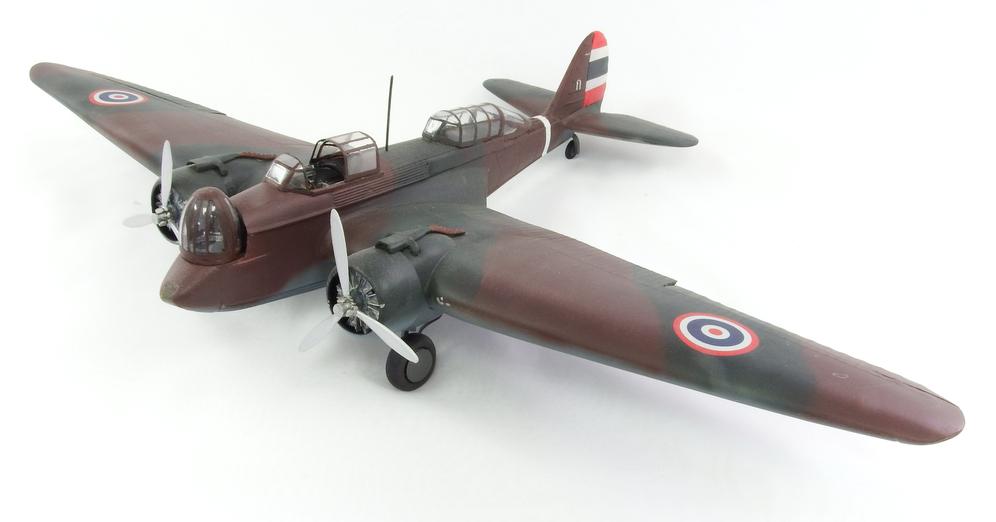 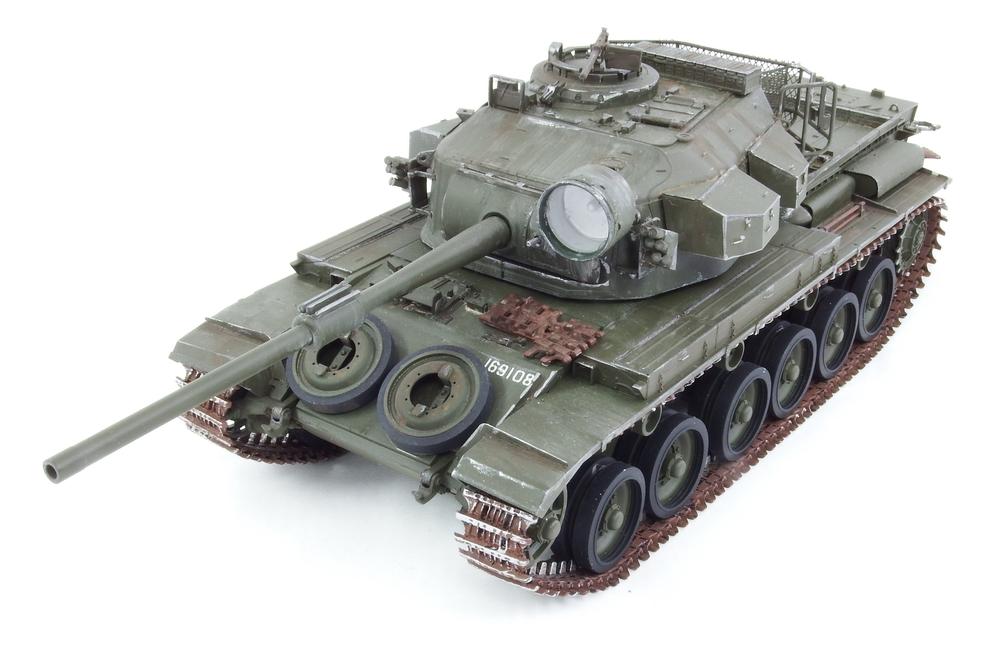 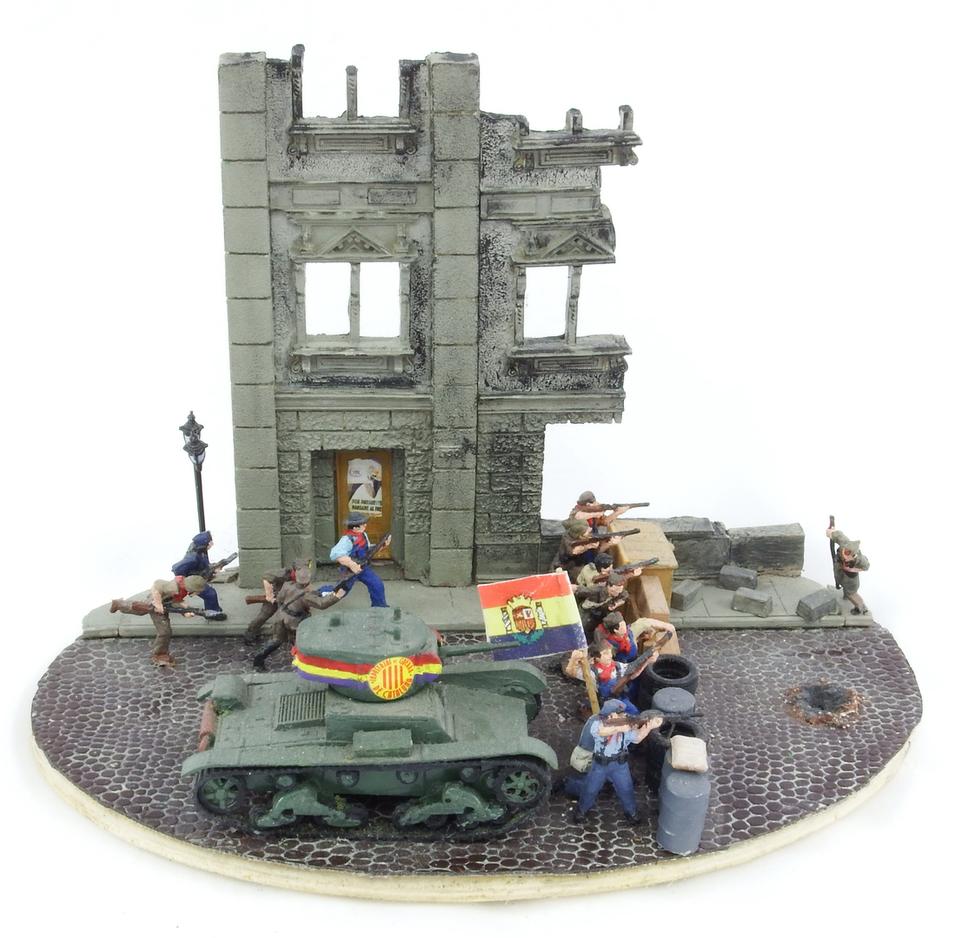 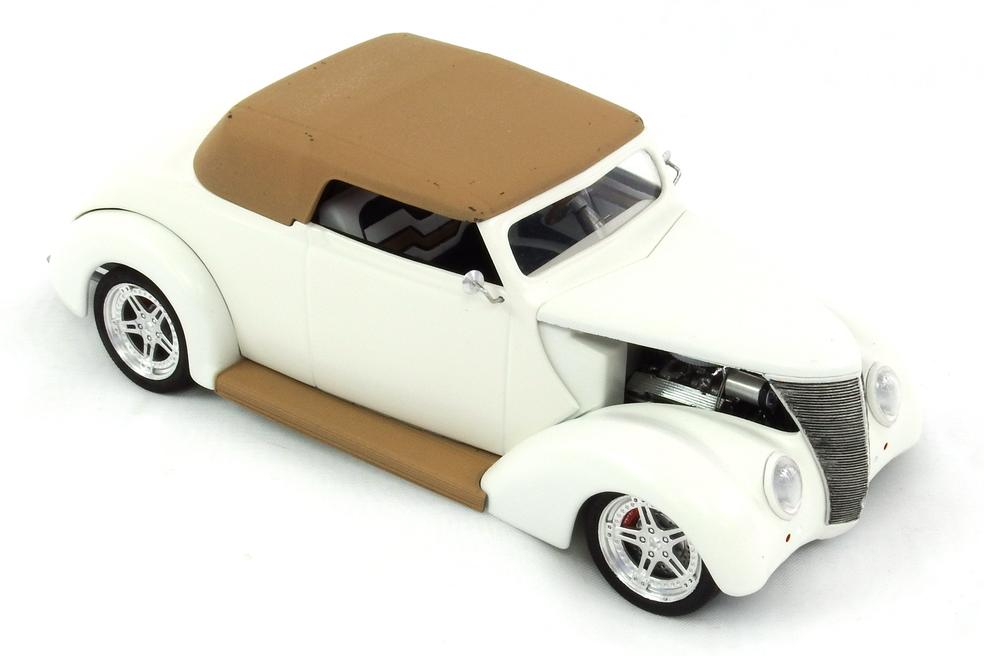 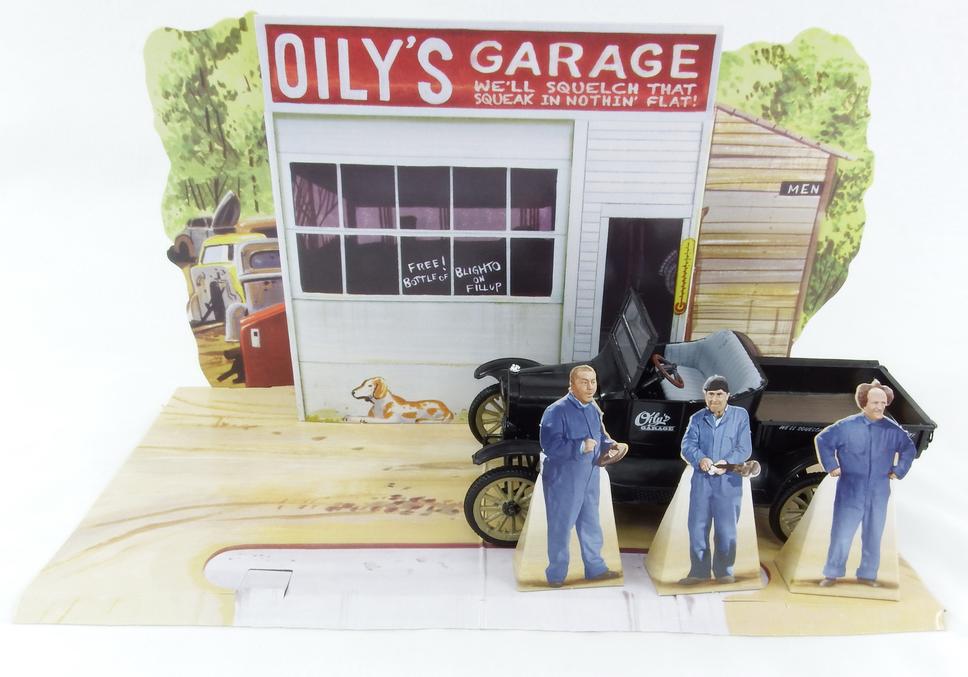 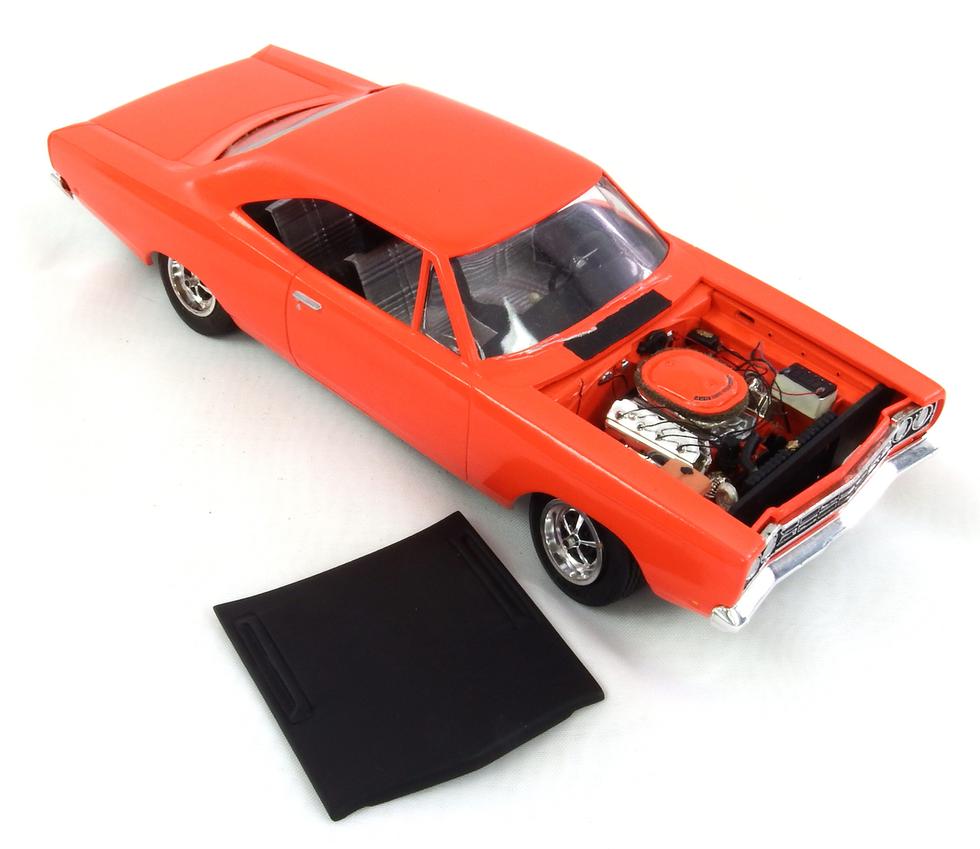 Bob Thompson brought in six models that he has built since his last, life altering, surgery.  All areTamiya and most are on Dan Jayne bases.  Bob didn’t paint the Walker Bulldog tank as he has no access to spray painting so he weathered it with Tamiya “makeup”.  Looks great, Bob!
The five vignettes are awesome.  Two are a little bloody and one is funny.  So good to have Bob back!

See all these awesomely painted aircraft models?  Guess who has a new airbrush?  Spencer Kosc is airbrushing like a pro right out of the box.  In a clockwise direction starting on the left, we have an Italeri Hs 129, an Airfix Fw 190A, a Hasegawa Type 94 biplane to which Spencer scratchbuilt a cockpit interior, and an Eastern Express d520.  Spencer likes to use Model Air paint but despite the bottle instructions, it still needs to be thinned. Great modeling, Spencer! 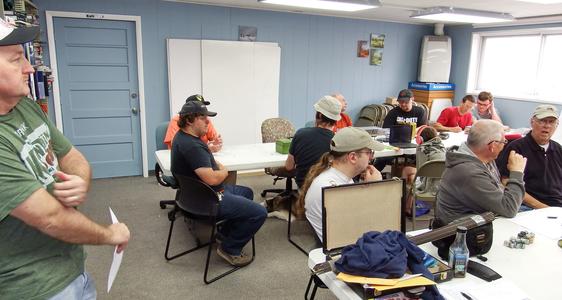 We will wrap up with three group photos.  Yeah, ain’t you adorable! 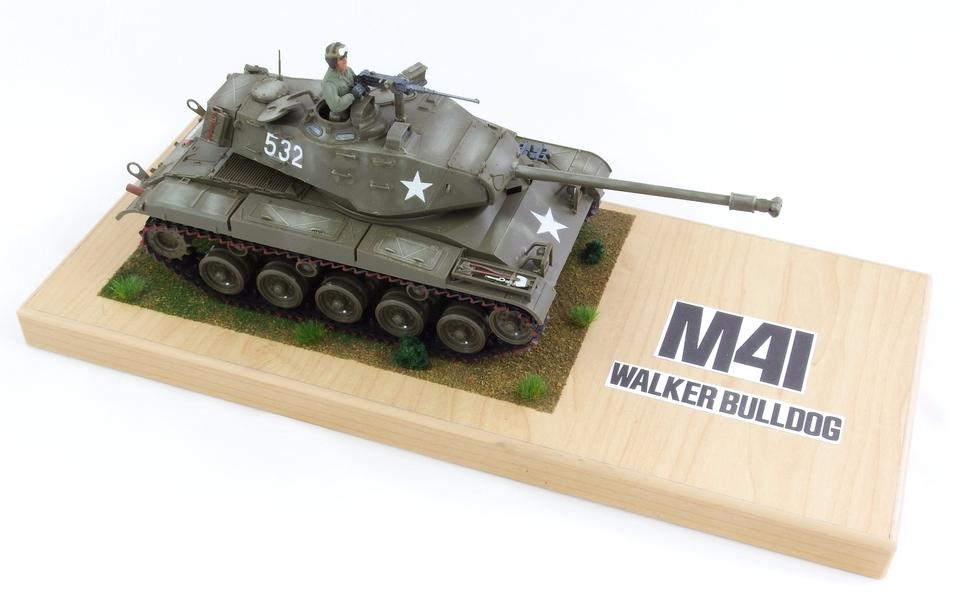 Mark Jahsan’s theme for today was Thai aircraft of WWII.  I got the impression they sometimes were confused about who was the enemy!  The first model is a Lone Star Models resin kit…which I think was Mark’s first resin kit.  This is the Martin B-10.  Next up is the Sanger kit of the Mitsubishi K-21 bomber which is one of those vacuum kits that Mark thrives on.  Great paint jobs and beautiful builds! 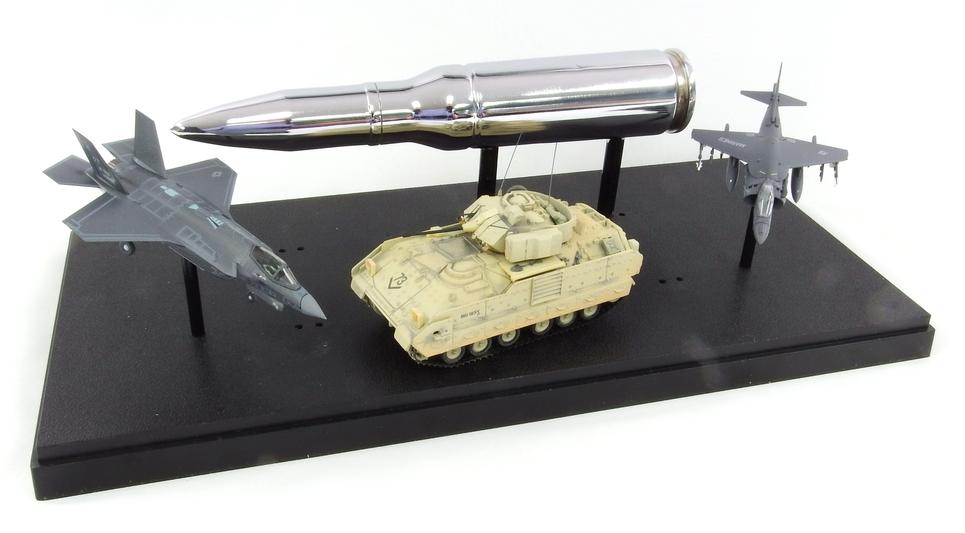 Long lost Mark Seng returned with two of his signature 1/72 dioramas which I think might be his best yet.  Up first is his WWII temple scene with British Chindits in Burma?  The temple is actually an aquarium piece.  Cool!  Next is a scene from the Spanish Civil War…wish Francisco was here to see this!  Figures are from BUM and the T-26 tank is from VM Model.  Really interesting and well done!

Hope to see all of ya at the Tim Ridout Challenge!!

In random order, here we go!  Who whodda thunk that Matt Kosc was a model builder?  Back in the day…1990…he built this AMT 1968 Roadrunner hardtop.  It had the same 425 HP Hemi that I had in my ’73 Beetle.  I wish!  He painted the car in Vitamin C orange.  He added plug and battery wires and air cleaner foam detail.  Thanks for bringing it in, Matt.  It really looks great! 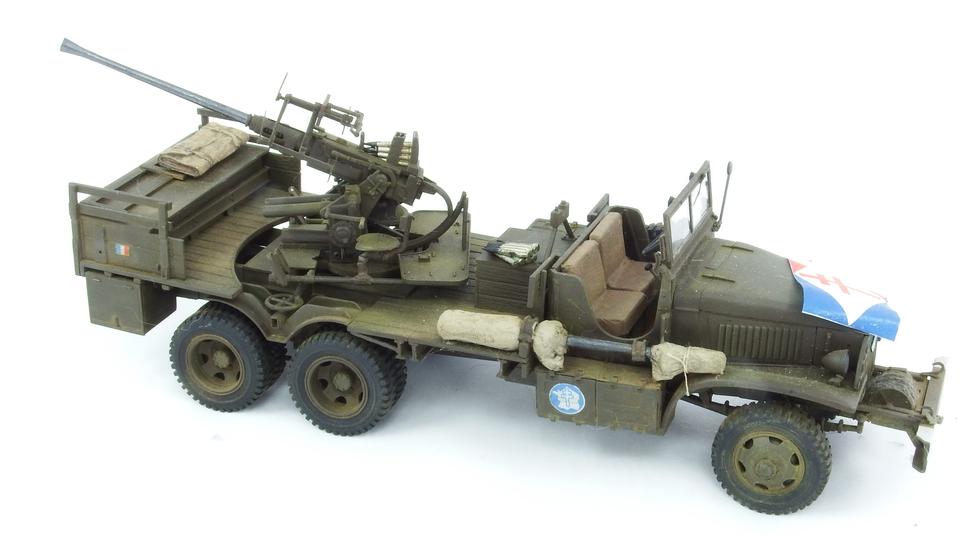 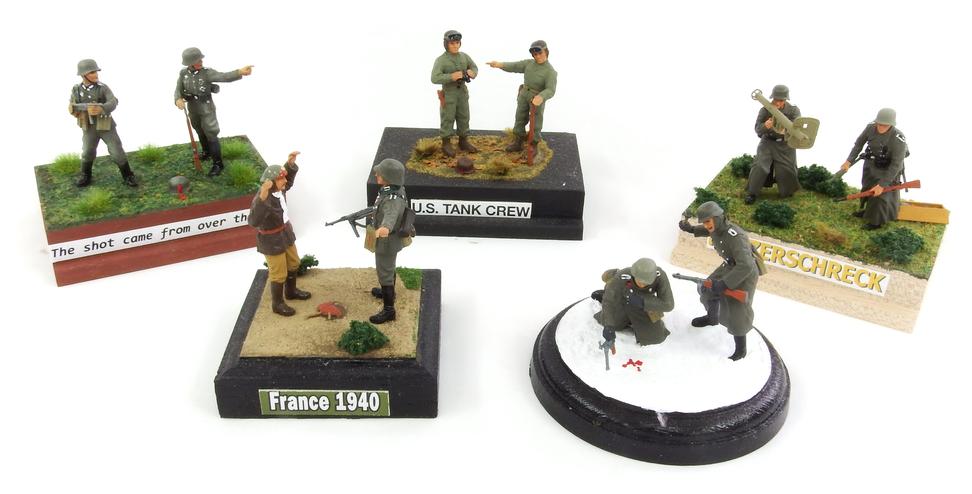 Mark Beck brought in his finished 20 MM and 25 MM ammo displays.  The first display has models of the F-35, Bradley, and AV-8B Harrier.  These aircraft use the 25 MM round.  Below that, we see the smaller 20 MM round.  Very interesting and a good discussion.  Thanks, Mark!

Jerry Bridenstein knows I love this model!  It is a Hobby Boss kit of a mobile 40MM AA gun that was sometimes used on ground targets.  What’s interesting, is it was a Free French conversion and only used by them.  Good for them!  Jerry says there is a nice engine under the hood and we are supposed to believe him since we can’t see it for ourselves.  Sure, Jerry!  ;-)  Great job, Jerry!. 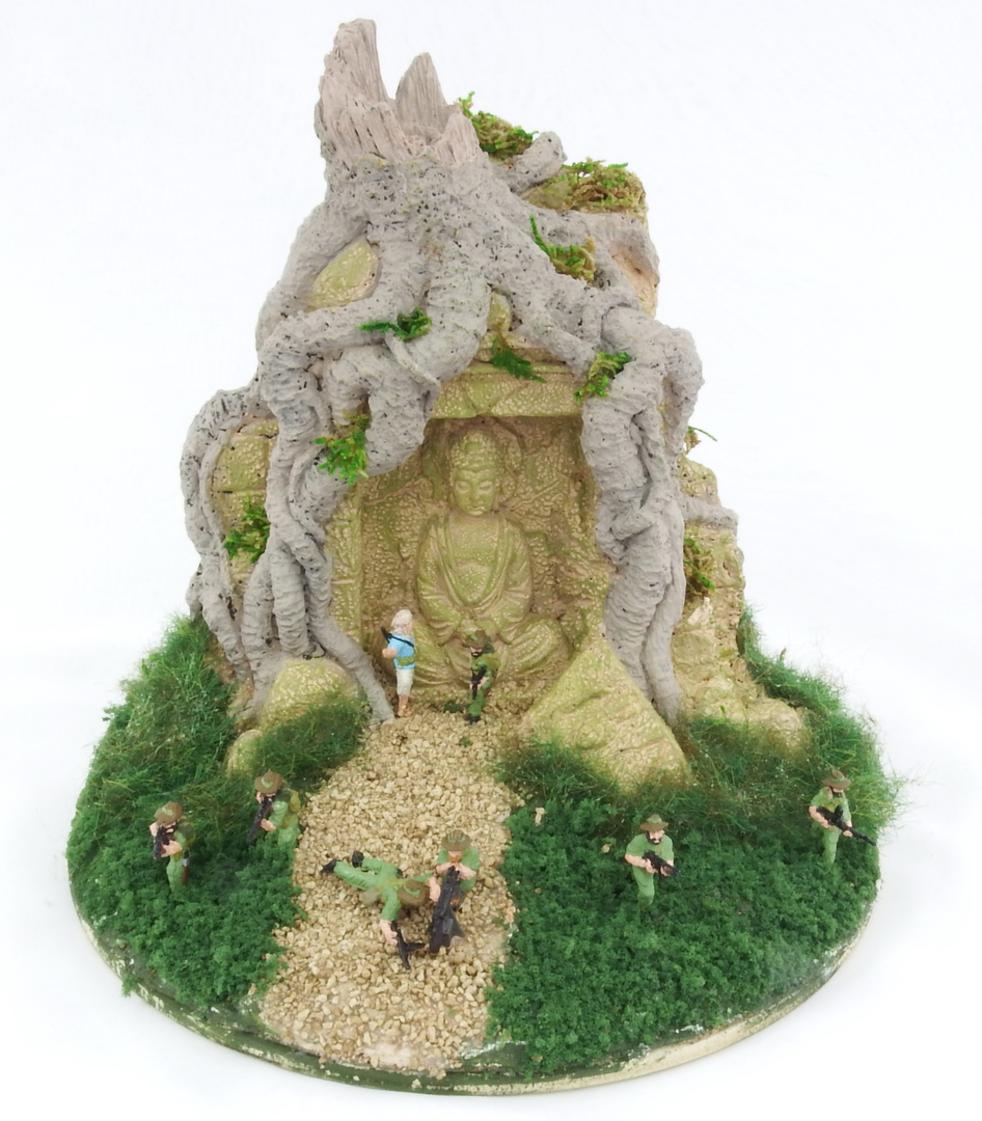 Keith Lemke built this ’37 Ford convertible awhile back to use in his mind-blowing garage.  He used aftermarket tires and wheels, brake calipers, and “miscellaneous treatments under the hood”.  Wish he had removed the top…I hear the interior is gorgeous!  Sweet, Keith!