Armor guy, Stan Carrier, brought in two beauties today.  First is his M270 “Hell Razor” MLRS in three color NATO camouflage.  Except for the horribly fitting M26 rocket pods, this Dragon kit wasn’t too bad.  This model marked the second time Stan used his Pasche H airbrush.  Next is His M60 A2 MERDC in winter verdant camo.  This is an old Tamiya kit and the tank fired 152 mm wire guided missiles…to little effect apparently.  This was from the Vietnam era but fielded in Europe.  Super great job, Stan!

Here are a few photos of the attendees mulling around, sitting, and taking up space.

Bob Thompson brought in his 1/9 Italeri British Triumph WWII motorcycle.  The kit was tough…none of the parts were identified on the sprues.  Bob only painted the engine, gun, and the seat.  He just Dullcoated everything and used Tamiya makeup.  Wow!  Really sharp!  Good job, Bobbie! 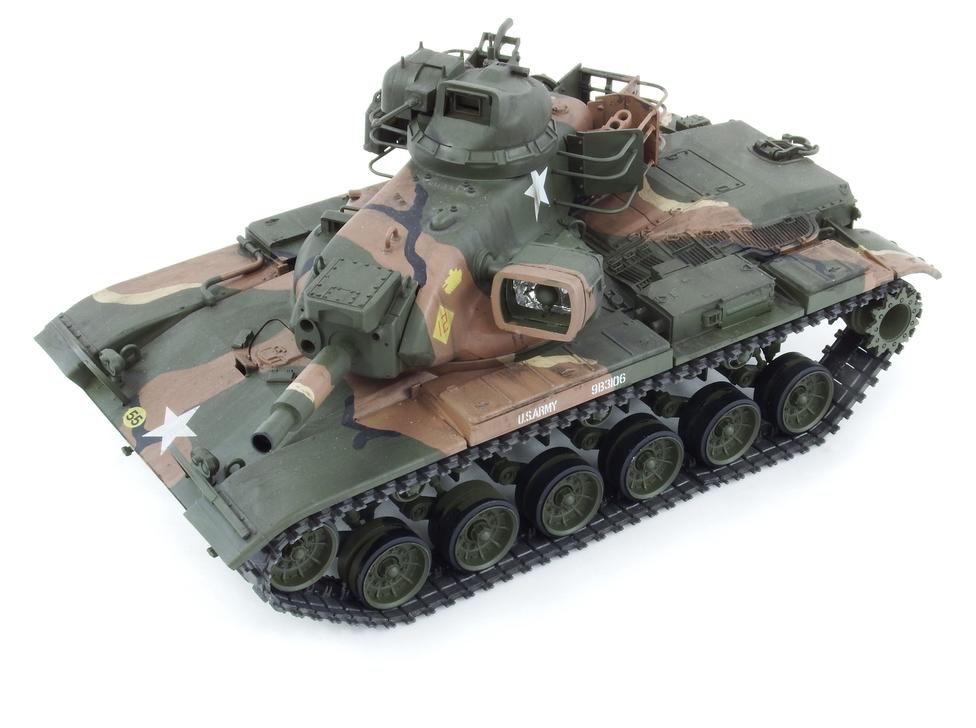 Mark Beck brought in his 20 mm dummy round along with a commemorative coin and a small scale F-22 Raptor…which had many tiny parts!  I would not want that round fired anywhere near me.  Nice job, Mark! 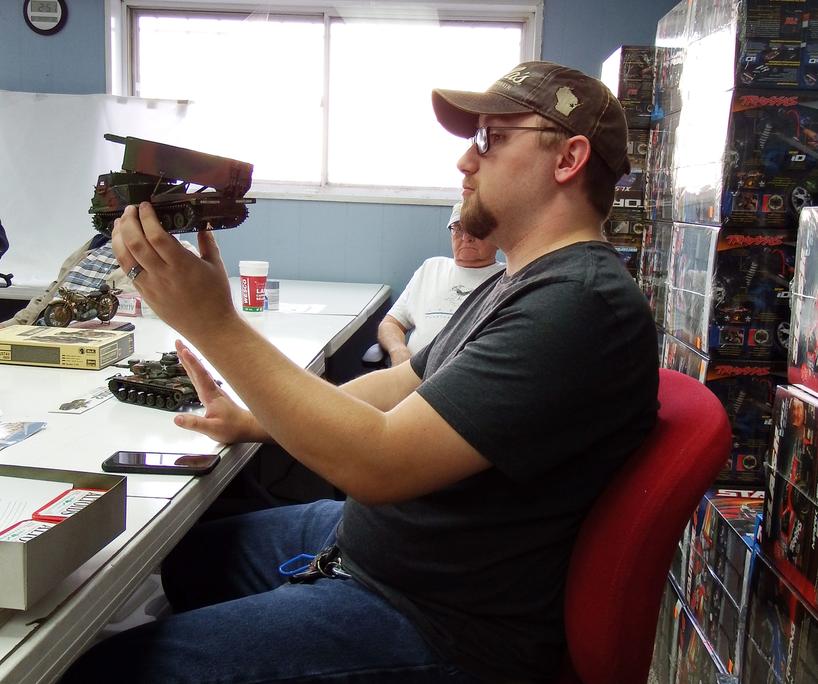 Keith Lemke and girlfriend Deb were kind of enough to bring in snacks!  Yummy!  Keith, you may recall, recently won six first place awards down at a contest in Elkhart, IN including People’s Choice.  Congrats, Keith!  Here is a photo of Keith and Deb. 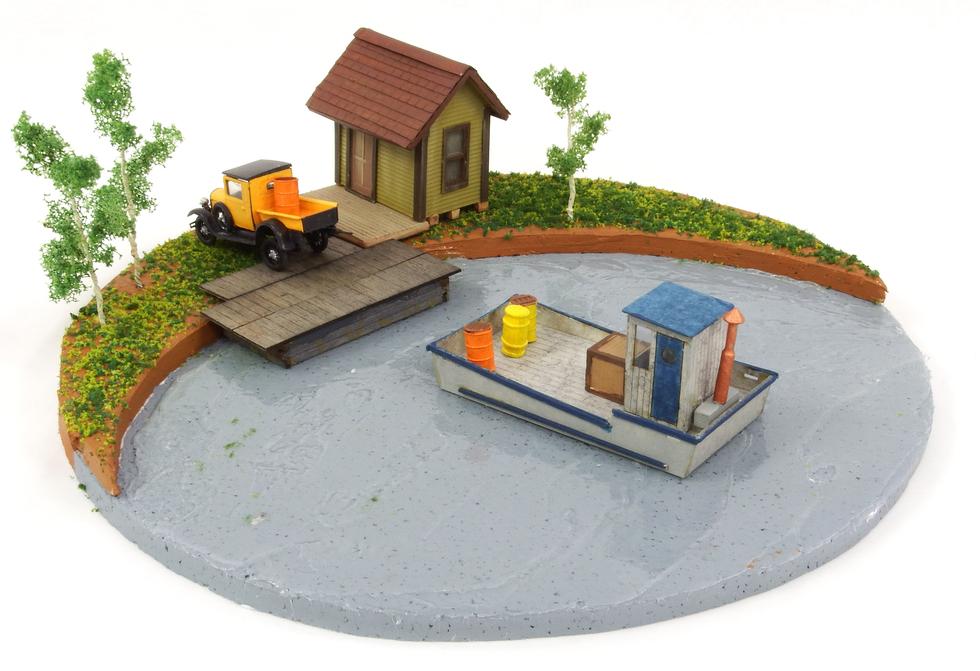 Whoa!!!  Whoa!!  That ain’t right!  That’s Keith with Santa Claus!  Man this guy has connections!  Here is a photo of Deb with Tom Ralya’s good side.

See ya at the Election and Pot Luck!  Just so you know, the election has already been decided…I guess everybody voted by absentee ballot….. 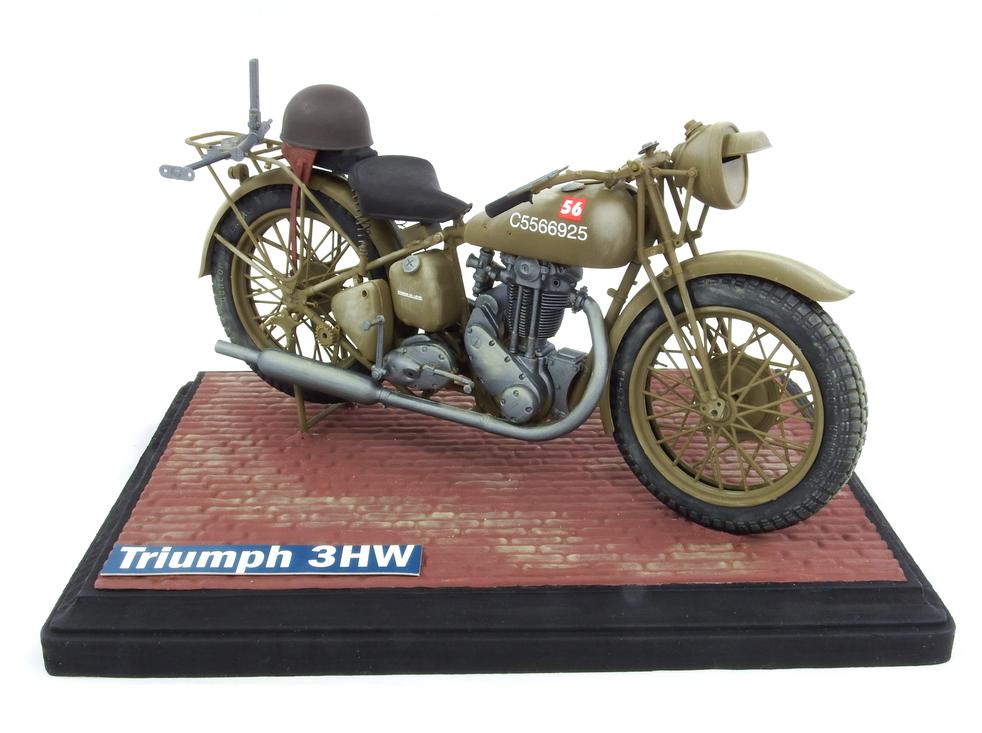 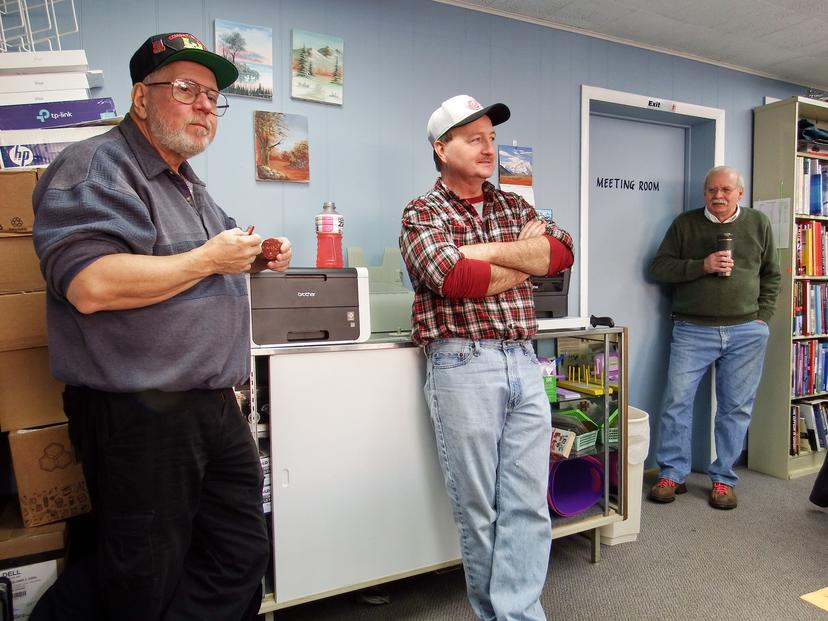 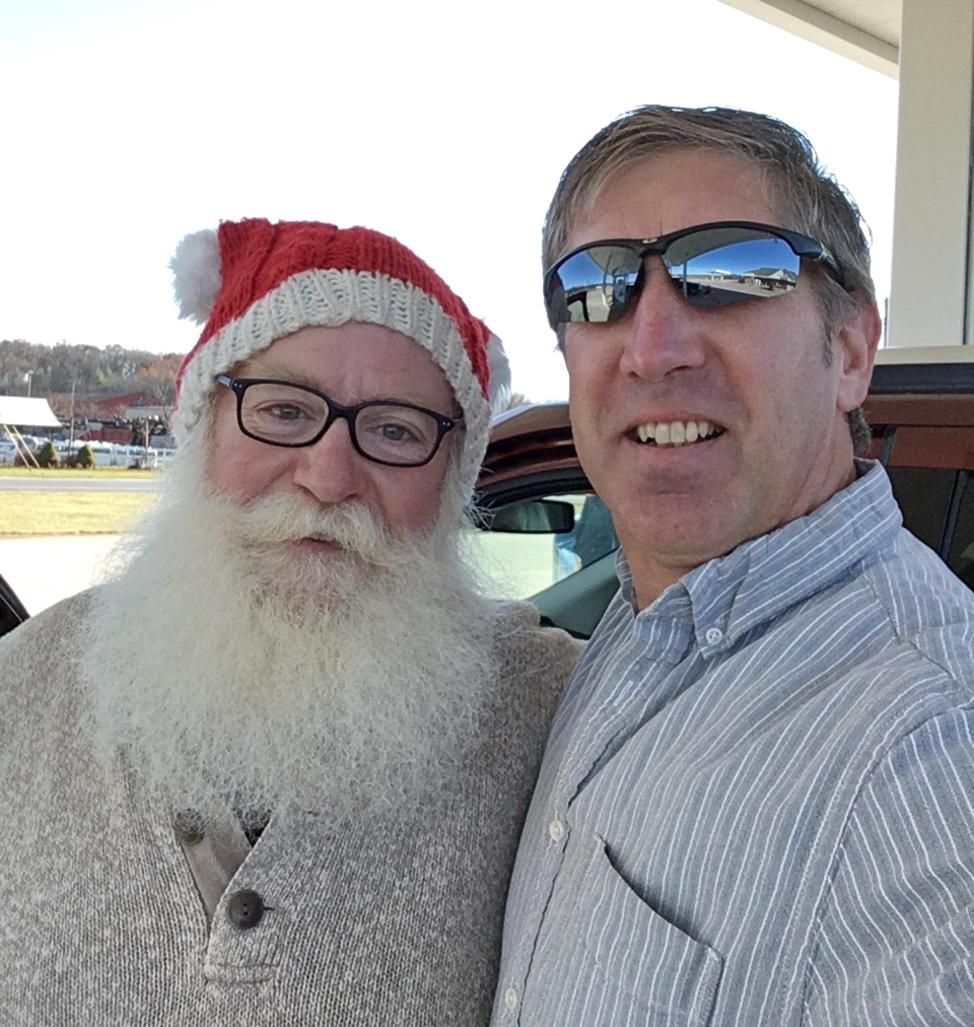 Tom Ralya displayed a diorama he made after his return from the Structure Show in Altoona, PA.  He made the water from crystal clear caulk coated with Mod Podge.  It really is shinny but I wasn’t able to capture that with the camera.  The car is an old Jordan kit…no longer available, the building is scratchbuilt, and the oyster skiff is from Foscale.  Way cool, Tom!

The first photo is of Deb’s gorgeous 2015 Ford GT Snaptite model.  Sharp!  Second is Keith’s Jimmy Flintstone’s ’40 Willy’s and the consensus was it is 1/43 scale. 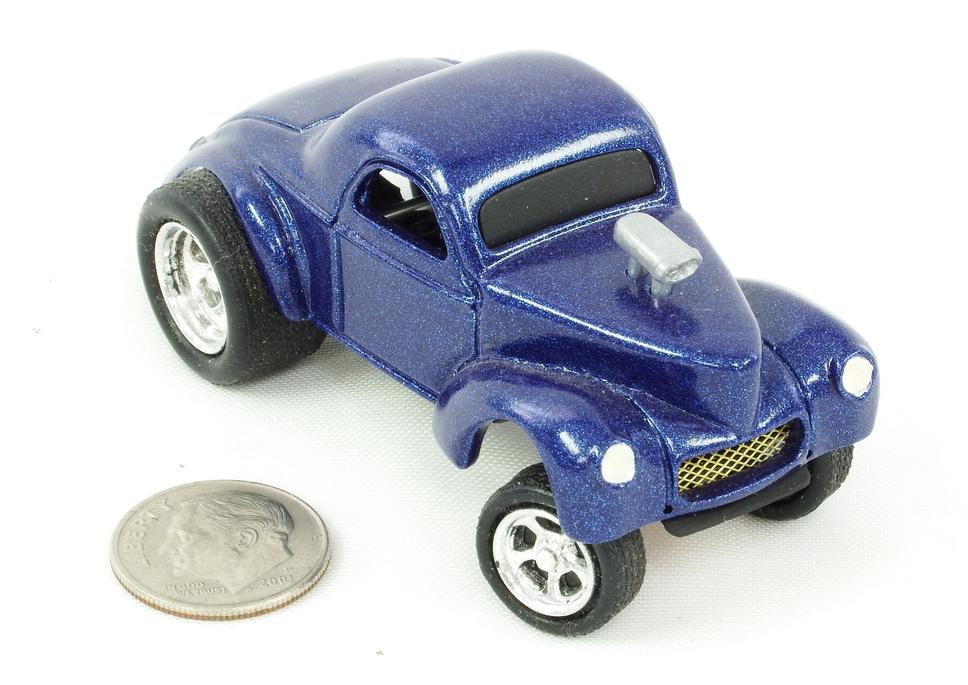 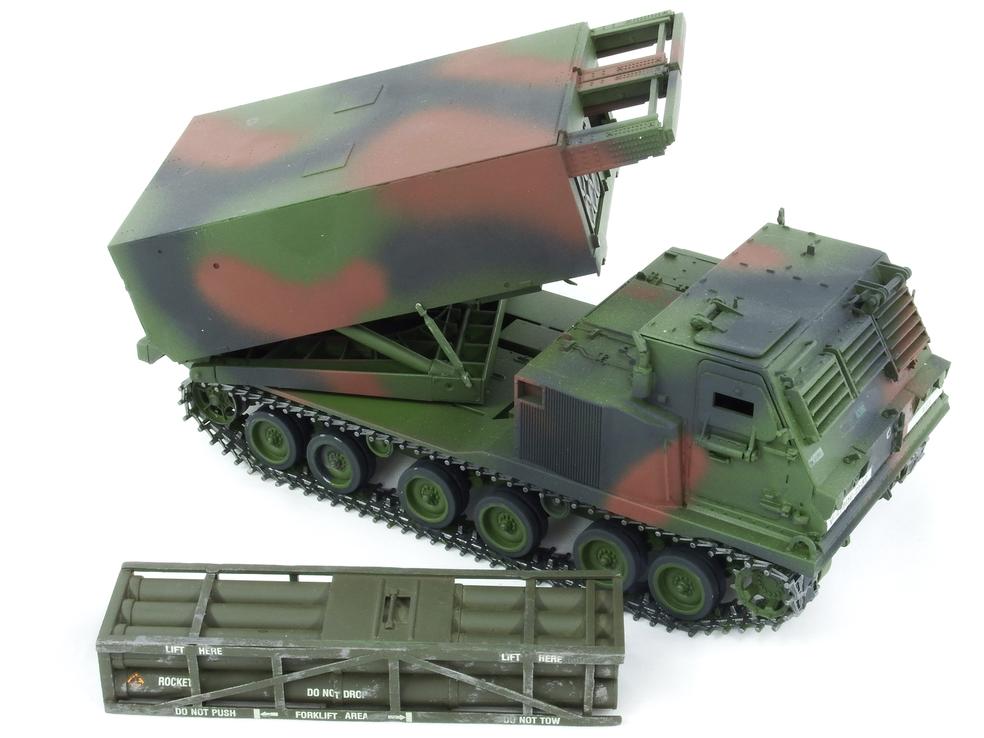 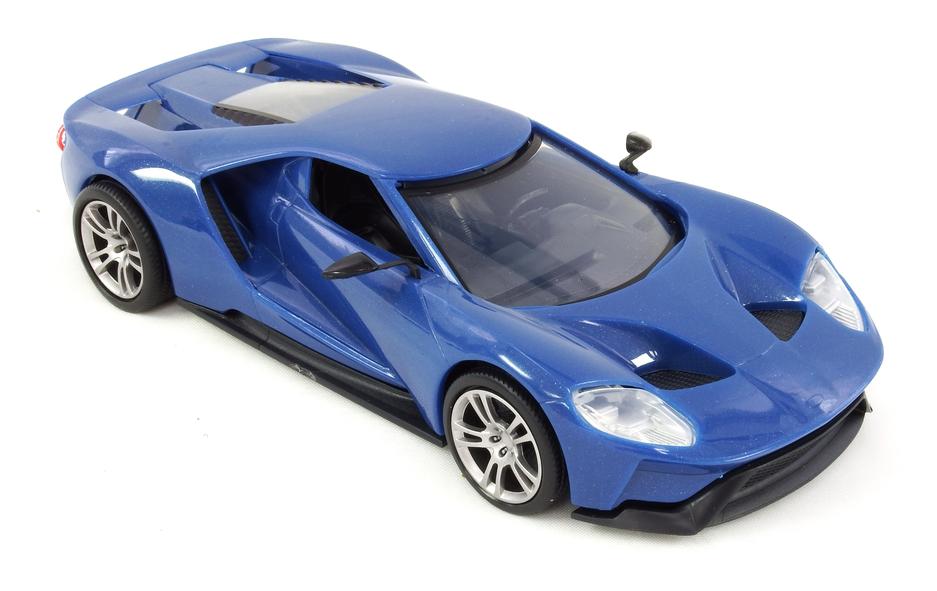