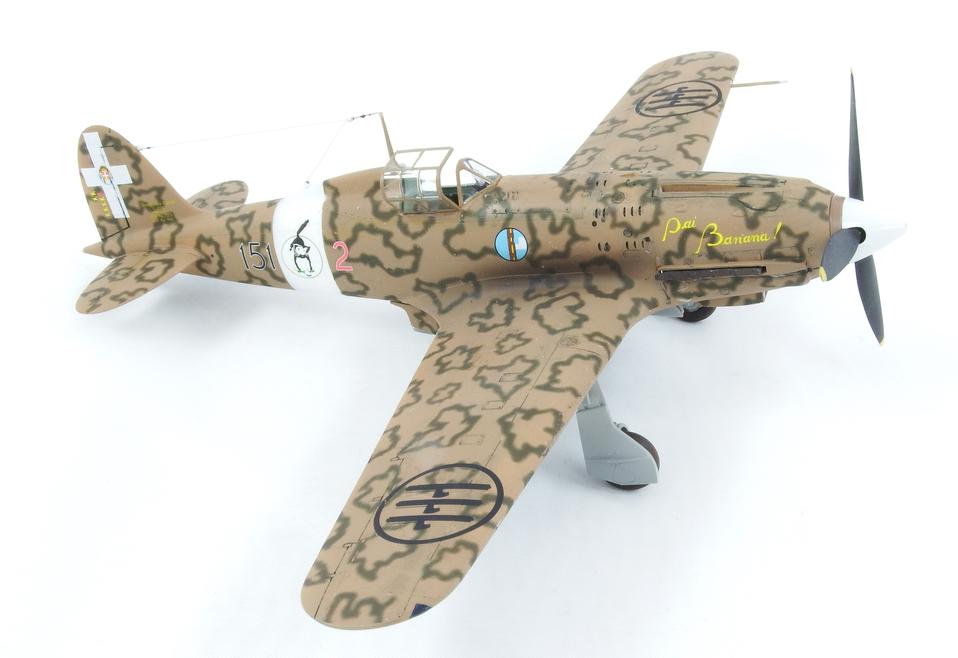 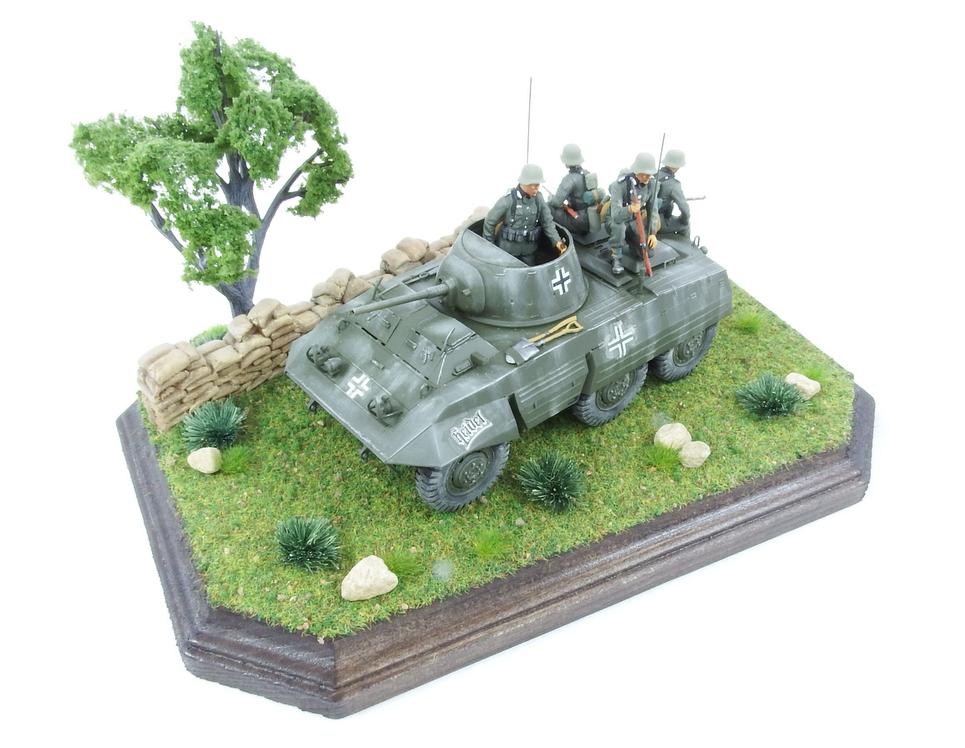 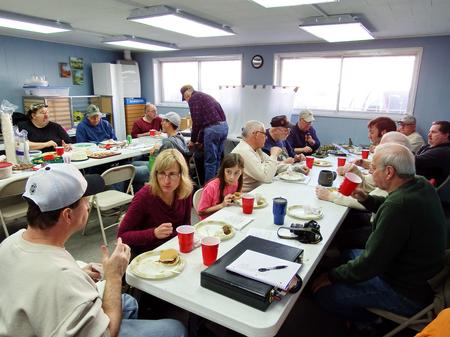 Almost new guy, Alan Vandam, continues to impress us with his modeling prowess.  First up is his 1/144 Minicraft DC-3 decked out in a FAA paint scheme.  He used MM and Alclad aluminum paints.  Just amazing.  Second is his Anime Italian Savoia s.21 floatplane.  This started life as a Fine Molds 1/48 kit.  It has a complete interior…or so Alan says!  :-)  He used wood grain decals and MM Italian red paint…including some Ferrari red.  His third model is the Hasegawa MC-202 in 1/48 scale.  He used a tan lacquer paint and about 100 Mike Grant “smoke ring” decals.  This is the only Italian aircraft he has seen with kill marking…back on the rudder.  Great work on all three, Alan! 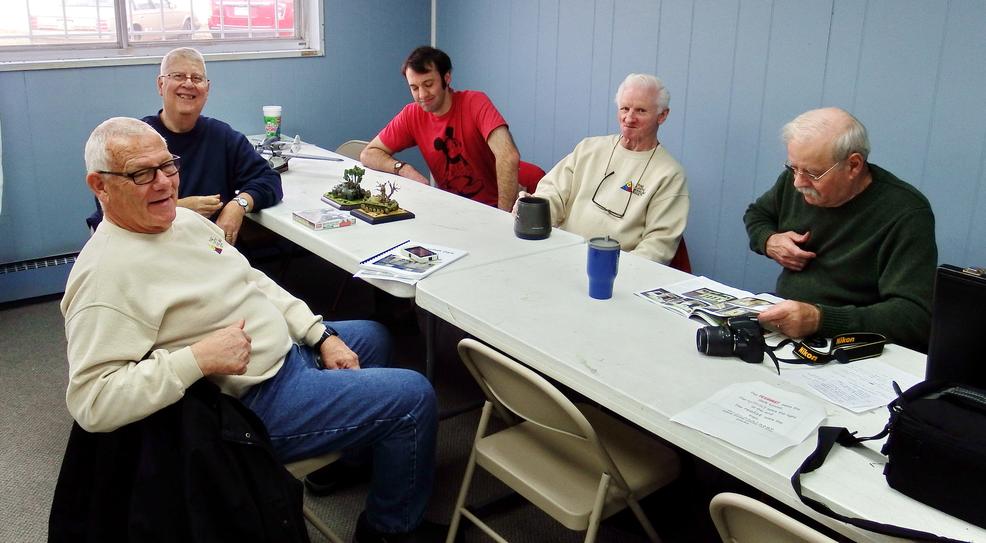 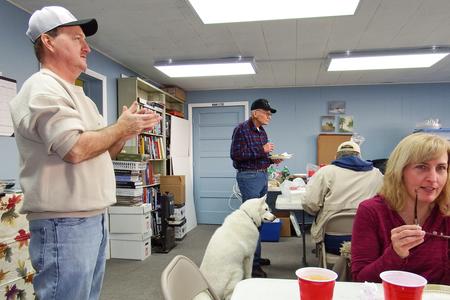 Al George will start us off with his dead tree.  Just screams happy holidays, doesn’t it!  ;-)  Al made this beauty with wire and liquefied styrene…bits of sprue dissolved with MEK.  Check out another one of Al’s trees on one of Bob’s vignettes.  Nice job, Al.  A Christmas tree would have been nice….;-) 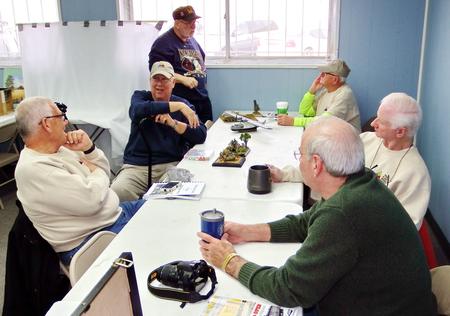 Let’s take a look at the good times and the good food! 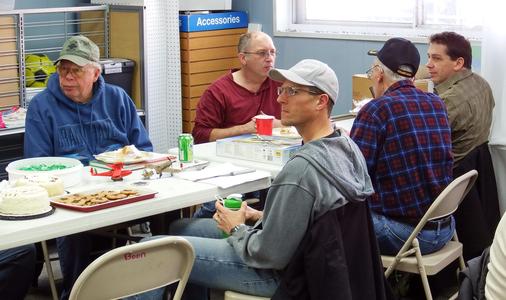 Some wiseacre asked the question…why do we keep Bob Thompson around?  Another smart aleck retorted: because of Linda’s cookies!  Maybe so…but his figures, models, and vignettes are pretty tasty as well!  First up is his captured Tamiya Greyhound loaded with Dragon German figures.  Then we have his Panzer II by Tamiya loaded up with German paratroopers in North Africa.  Great job, Bob!  Not as great as Linda’s cookies, but mighty darn nice!  ;-) 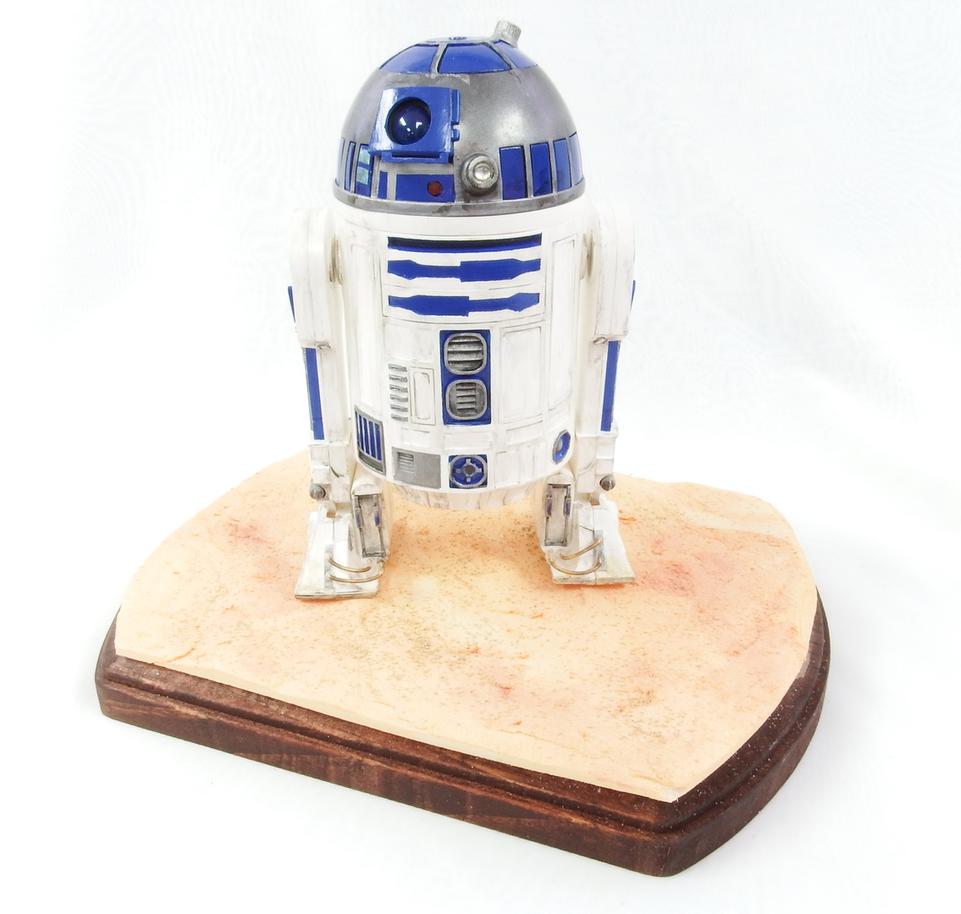 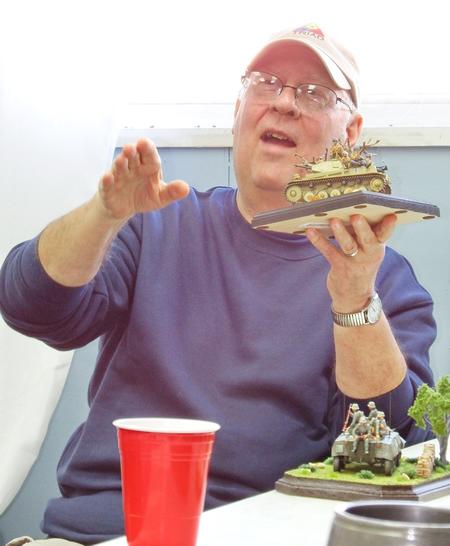 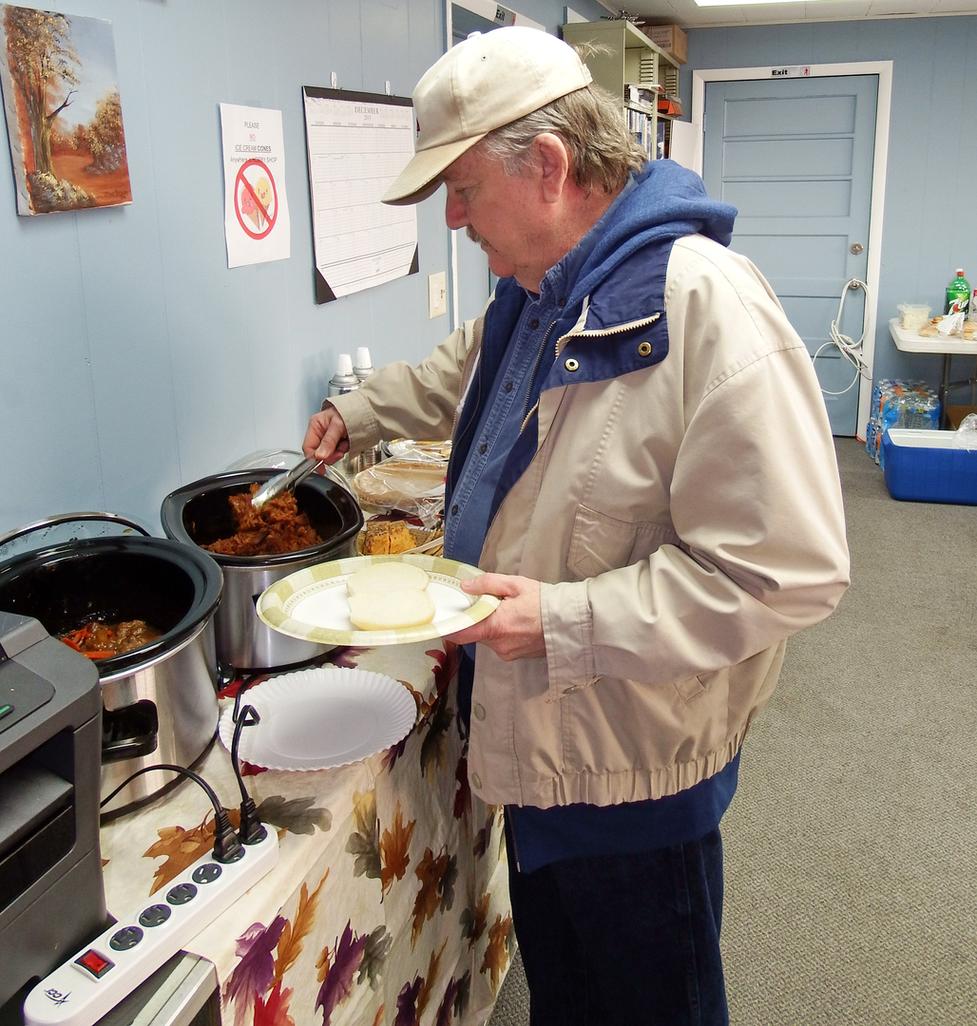 Dave Martin, the king of captured AFV’s, personally showed off his Russian KV-1 that has been captured and repurposed by the Germans.  Dave even modeled the L43/75 gun modification.  The destroyed gun is from MiniArt.   Dave says this is a WIP so we may see this puppy again later!  Nice job, Dave! 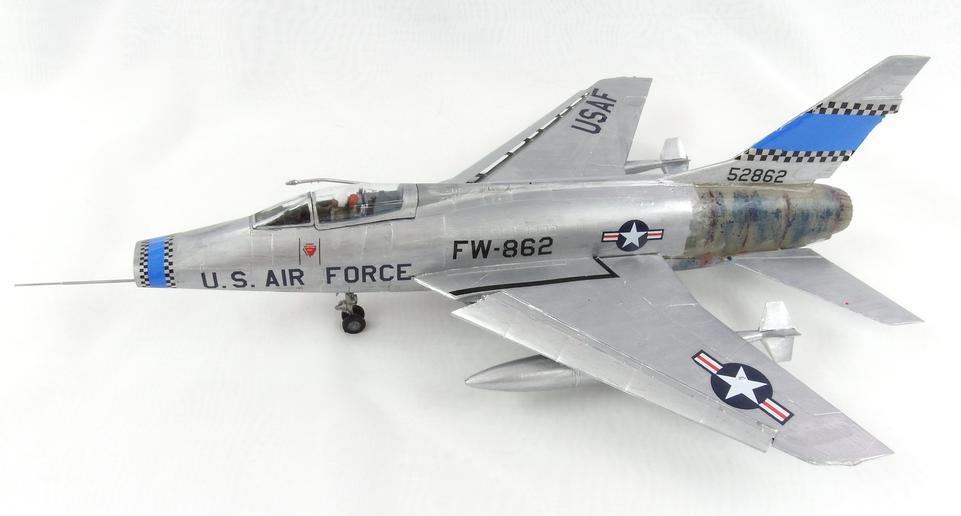 Here is Treasurer Big Daddy Jerry Bridenstein making a wise food selection.  Jerry reported that we have $703 in our treasury…an increase over last year.  When we asked, how do we know this, Jerry responded that the money was out in his car.  When I asked for the car keys, he said they were misplaced.  Hmmmm. However, I would trust Jerry with Bob’s life….  ;-)  Congrats on being reelected Treasurer, Jerry! 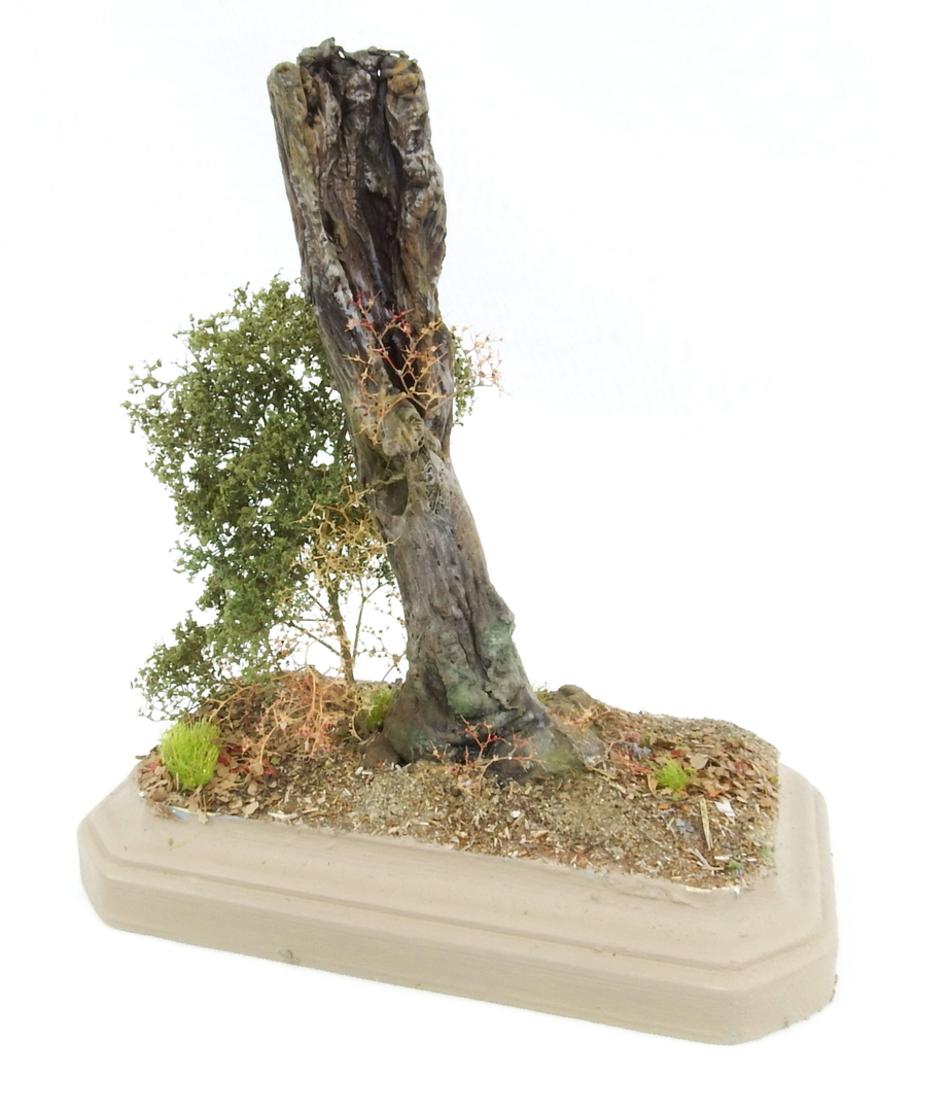 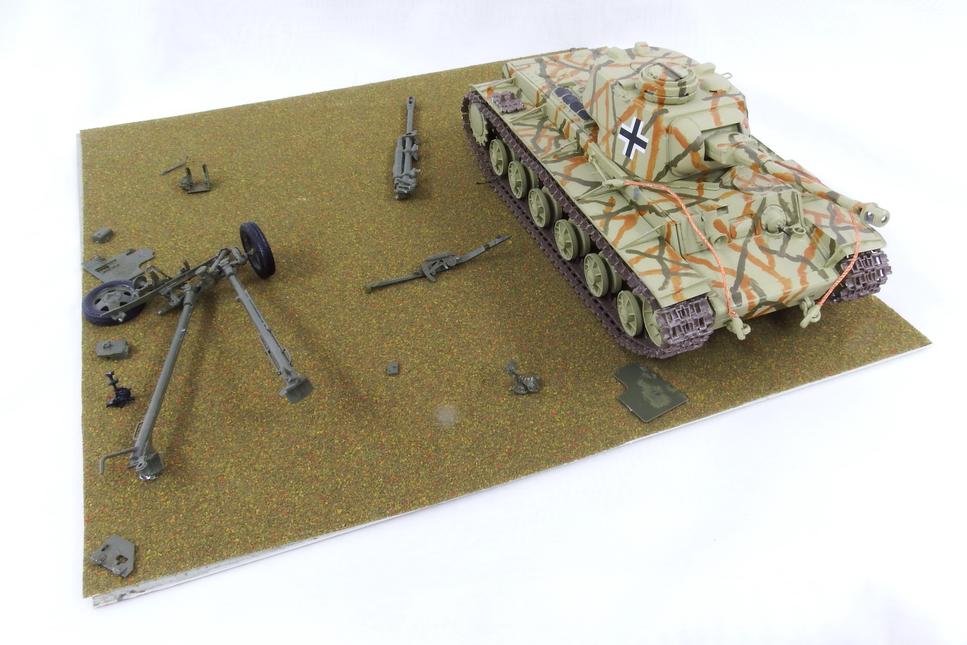 Thanks, again, to everyone who made our holiday party such a success.  I think only Koda and Amber were disappointed with the fact they didn’t receive as much people food as they would have liked!  See ya at the December Work Session! 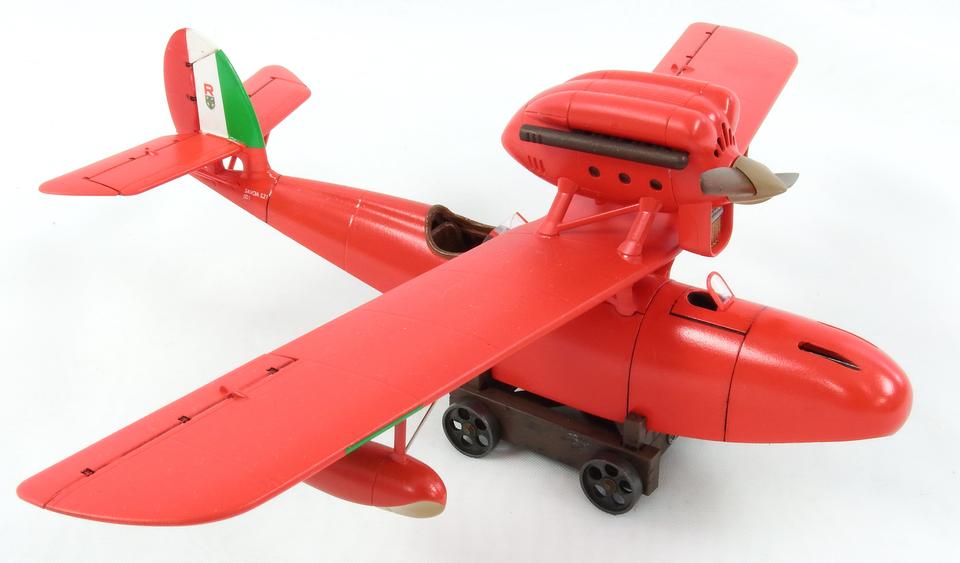 Mark Jahsan overwhelmed us with his huge 1/48 Monogram PBY  Catalina decked out in Dutch decals.  This aircraft flew out of Soerabaya, Java in 1945 after the Japanese began pulling back.  The paint scheme is a variation of a Coastal Command design.  Awesome, Mark!  And good luck with the new job! 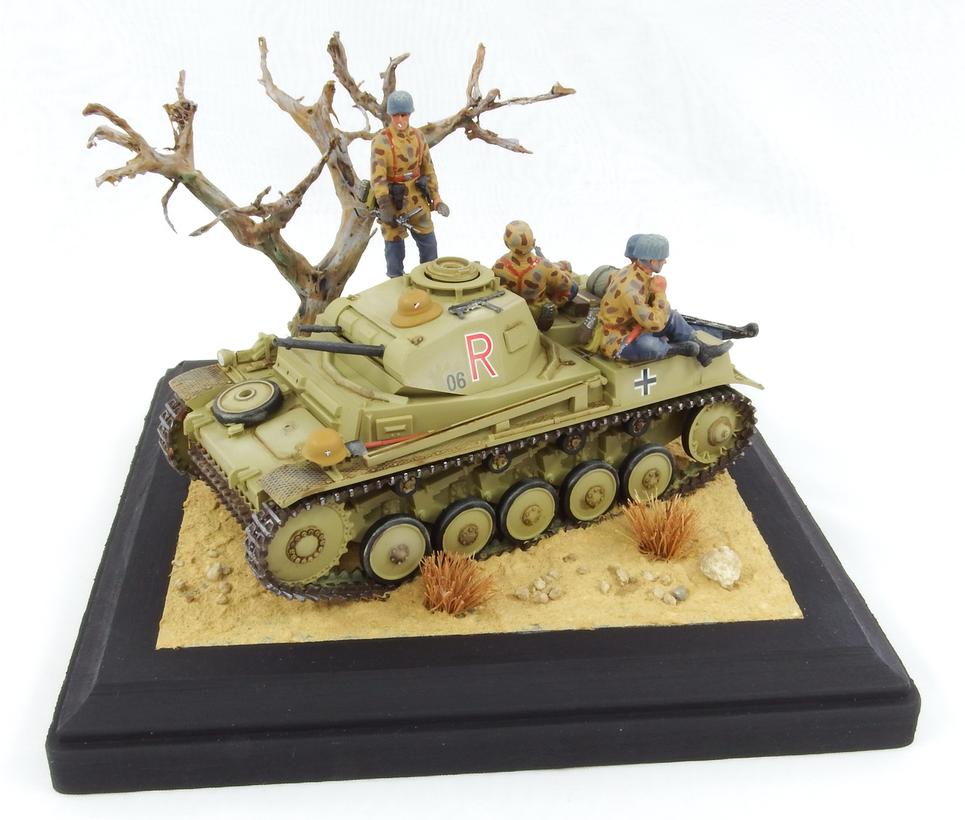 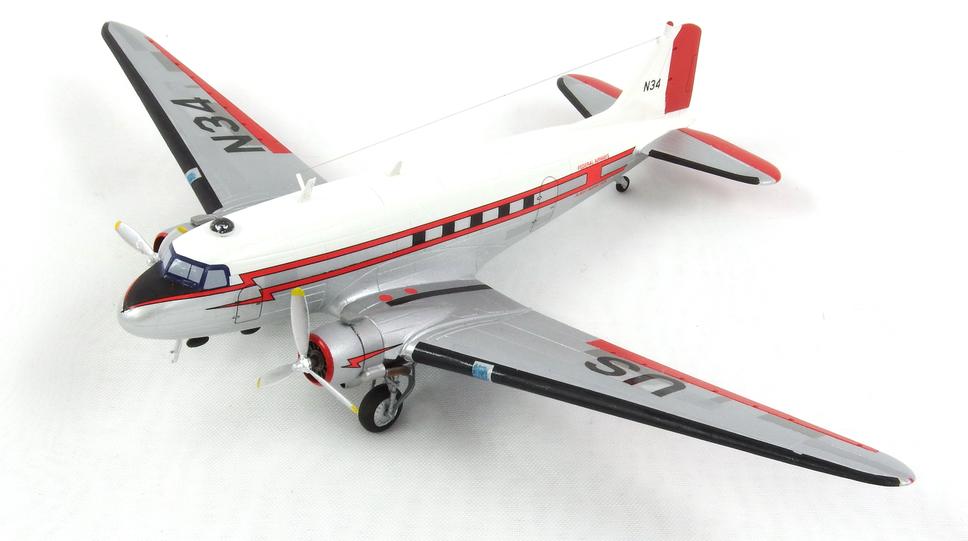 Nice guy Rob Sheffer celebrates the Dec 18 return of Star Wars with his buddy R2D2.  This is an ancient 1977 MPC kit but with good detail.  He even utilized a contact lens and guitar string.  Way cool.  Cute little guy.