Take care and I’ll see you at the Big Toys for Big Boys.  Did somebody say something about beer?  This might be the best TRIAD meeting ever!  ;-) 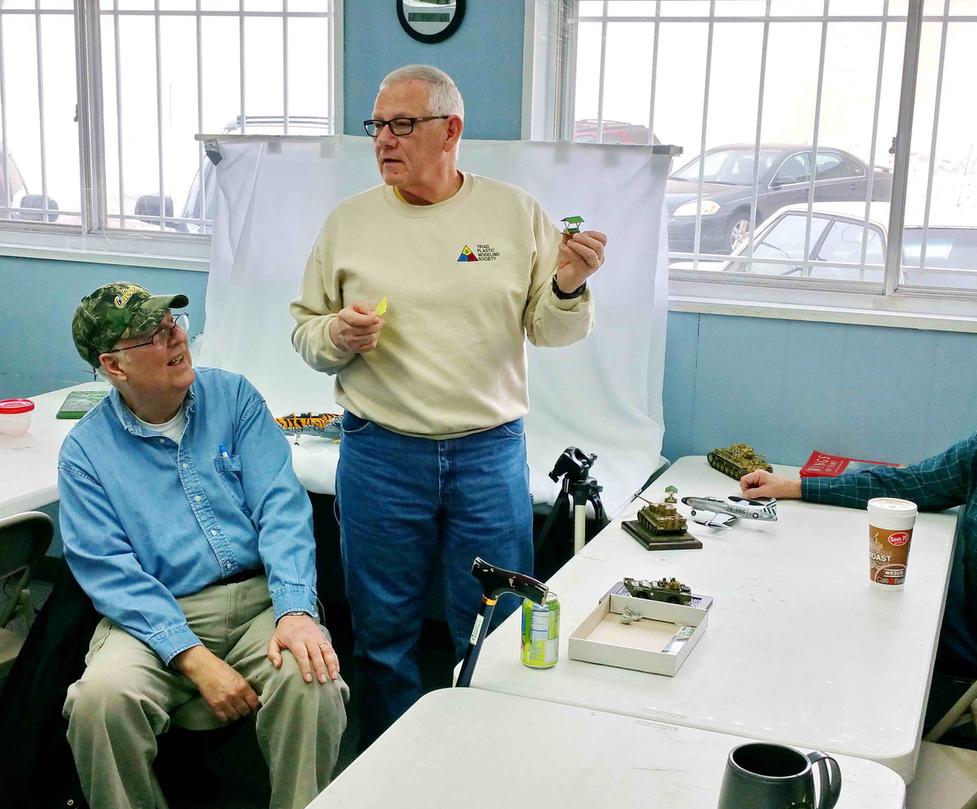 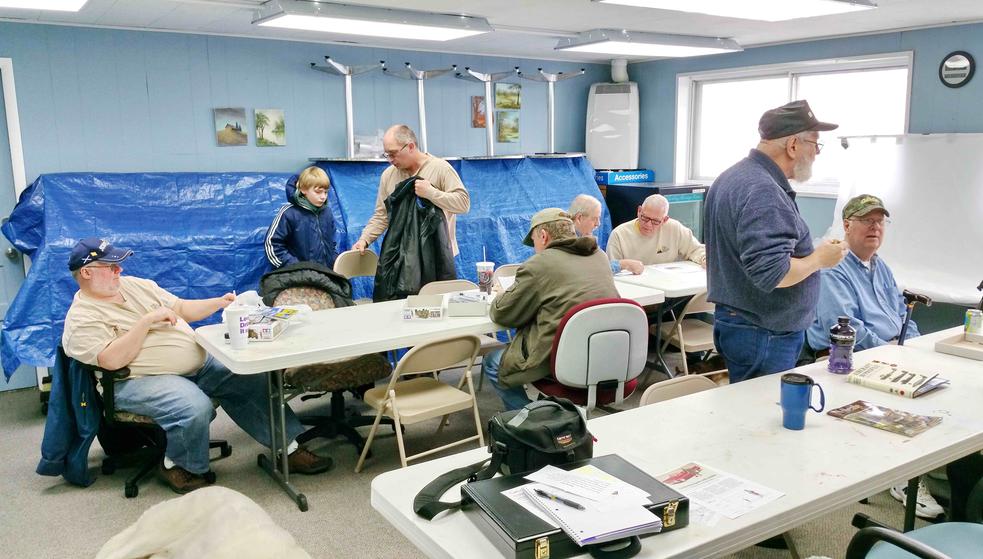 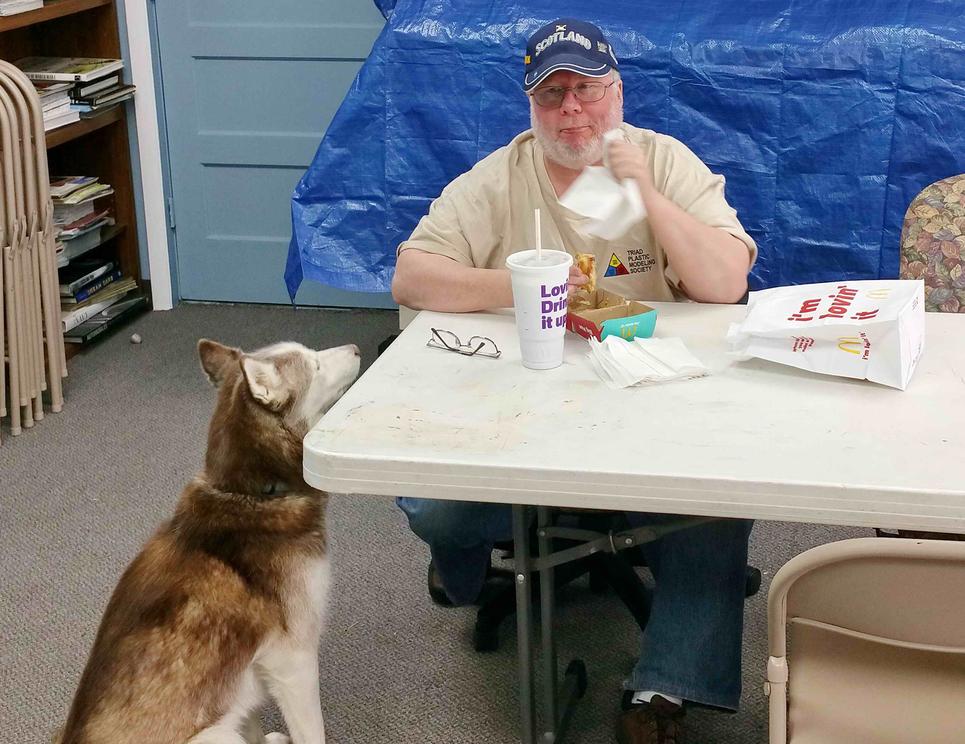 Here are some photos depicting group activity.  It was a good meeting…with the exception of Brad Hicks trying to hoard the new shade of Tamiya black paint.  Nobody messes with my black paint!  ;-)  New guy Adam Crowe was back…we didn’t recognize him at first as he was wearing glasses.  Once again, he said nice things about our website.  I really like this guy!!  And Matt and Spencer Kosc were back.  No snowmobile races this year so Matt has taken up dirt bike racing.  He seems so normal yet I have questions and concerns….  ;-)  The first shot shows Brad...just like Caleb, he didn't share his food with me or Amber.

Tom Ralya brought in what birdman Feller Dewitt thought were tiny birdfeeders!  Wrong, they were Pacific Electric style passenger shelters used locally with the interurbans.  Each shelter had 22 parts and two of the four shelters had a lot of broken parts which resulted in a long, tedious build.  These are HO scale, 1/87.  Great job, Tom…we share a love of interurbans! 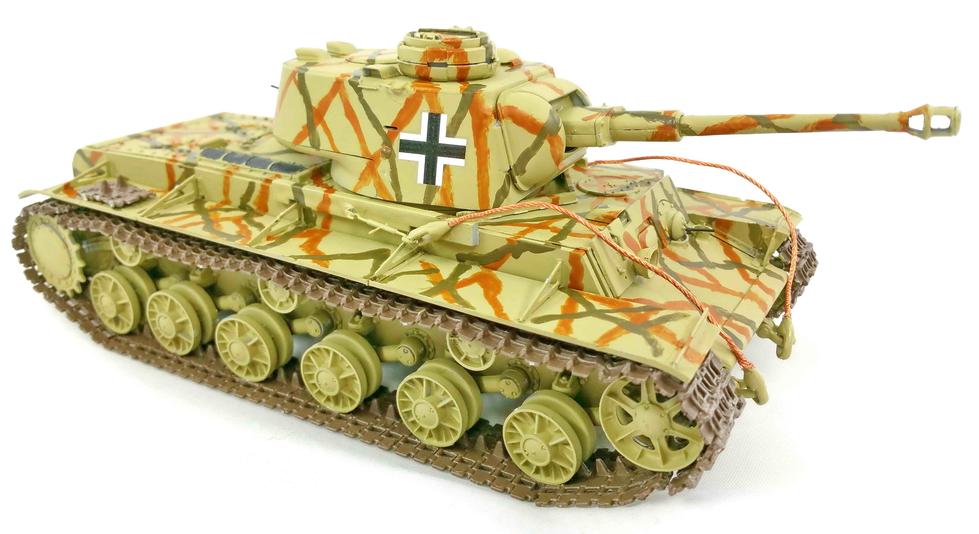 Jerry Bridenstein, AKA Dave Martin, described Dave’s first 1/35 Russian KV which was captured and now carried German markings.  I believe this is a Trumpeter kit.  This was a heavier tank than the T-34 but its high turret made a good target.  Dave’s version has the L43 75mm German cannon.  Nice job, Dave! 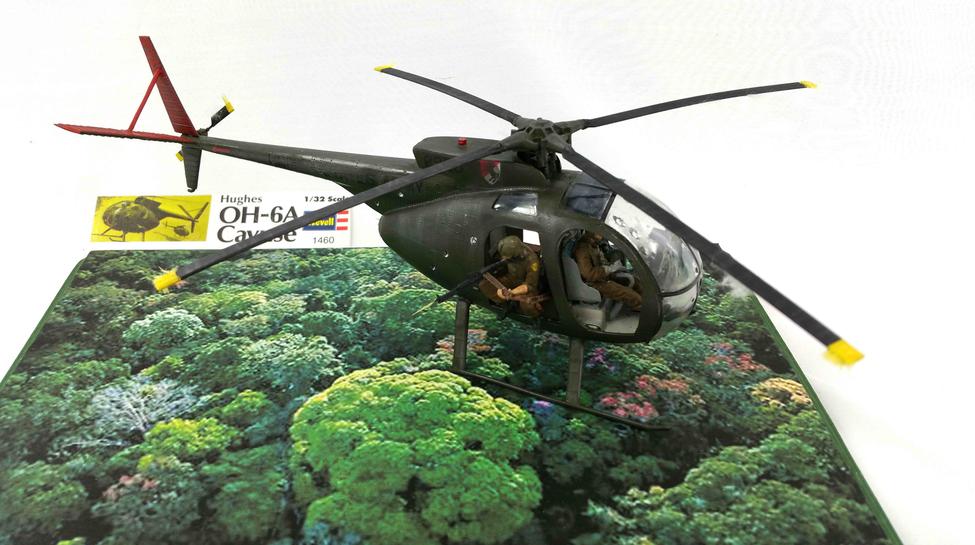 Prof. Bill Leger continues his helicopter theme…this time a beautiful Revell 1/35 OH-6A Cayuse Loach scout helicopter of the 11th Air Calvary, Vietnam c1968-1972.  He used Tamiya acrylic and Humbrol enamel paints.  He detailed the interior and minigun assembly with Evergreen plastic.  Bill says it was a difficult kit.  Don’t you love the base he came up with! 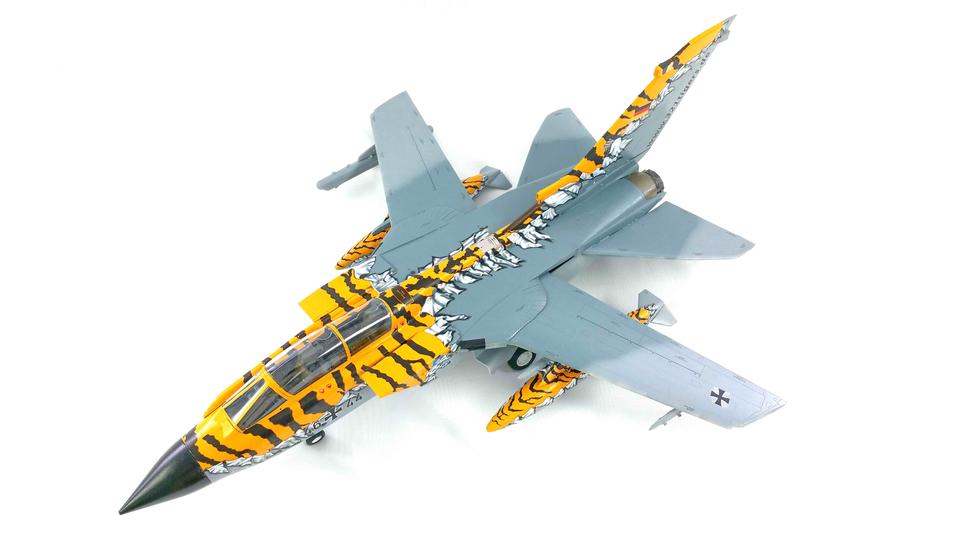 Doug Schuur forgot his data sheet but he brought in an awe inspiring 1/32 Tornado in Tiger Meet decoration.  The guys were blown away with the paint and decal work that Doug skillfully applied.  And the model survived a nose first crash landing.  Nice, Doug! 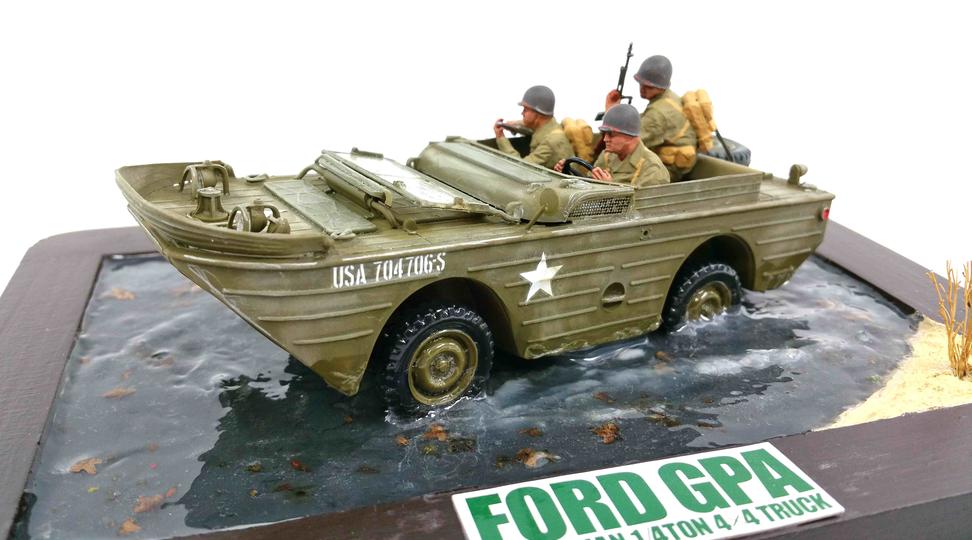 Bob Thompson brought in a handsome vignette portraying a Ford GPA amphibian ¼ ton 4X4 truck/jeep.  Bob used Woodland Scenics Realistic Water and Water Effects.  When I started to take the photograph, I thought the water was a little too realistic as I could see a large drop of water sloshing about.  I said, Bob your water’s not dry!  Then I realized that water dripping from the HoH roof had landed on top of Bob’s water!  Funny!  This was a Tamiya 1/35 kit that Bob painted with Vallejo and Testors paint.  Great job, with the water, Bob!  Really...it looked REAL! 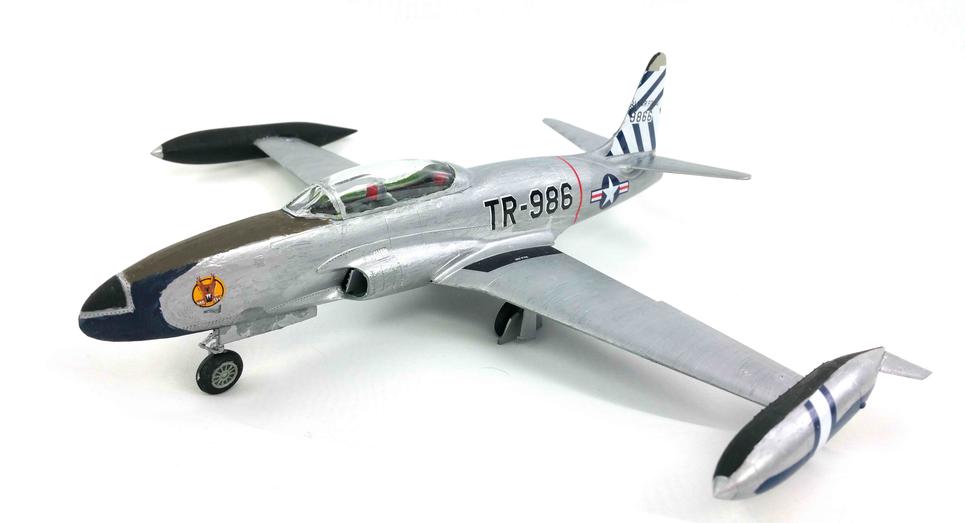 Feller Delight…I mean Dewitt…always impresses us with his modeling prowess and the fun anecdote that always seems to go along with every model.  This 1/48 Academy beauty is the T-33-H which is basically a P-80 Shooting Star.  He used Aeromaster decals and therein lies the problem…Feller told us he placed the decals on the bottom of the wing instead of the top.  Hey, we all get disoriented!  He says it would help to read the directions!  Thanks, Feller! 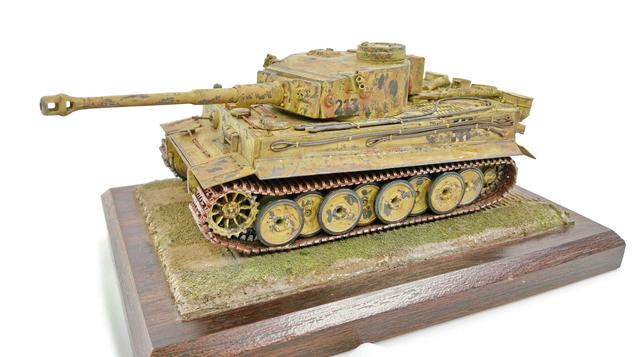 Well, you saw Tim’s Tamiya 1/48 Tiger I Early tank on the homepage and here it is again…in all its glory.  He built it out of the box with a really nice paint job and weathering.  Great job!