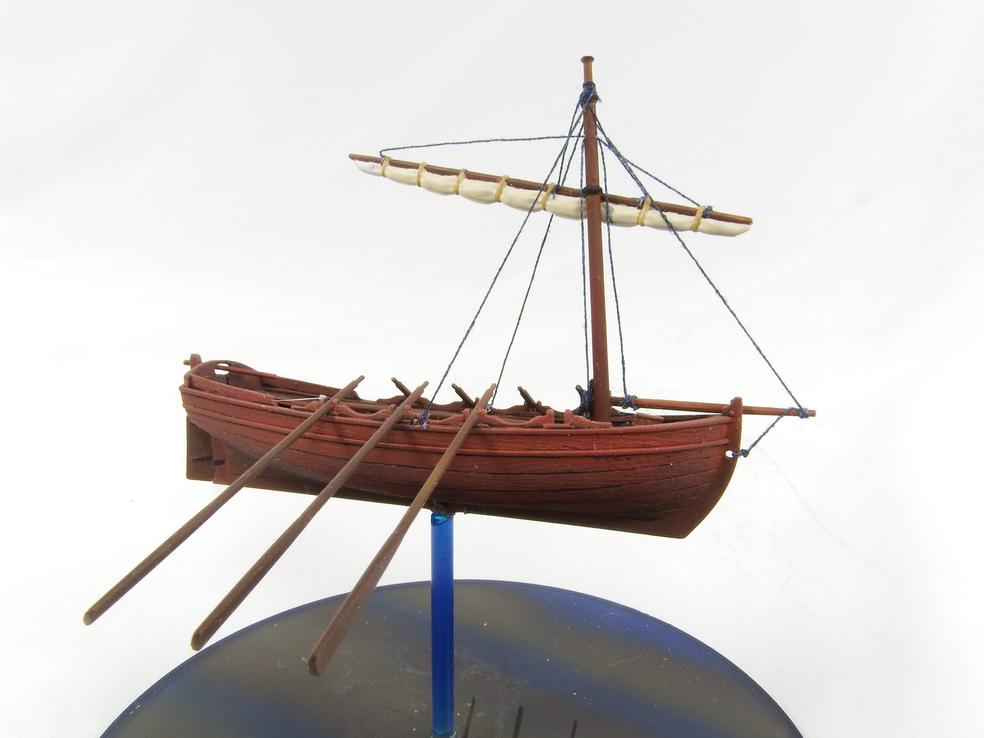 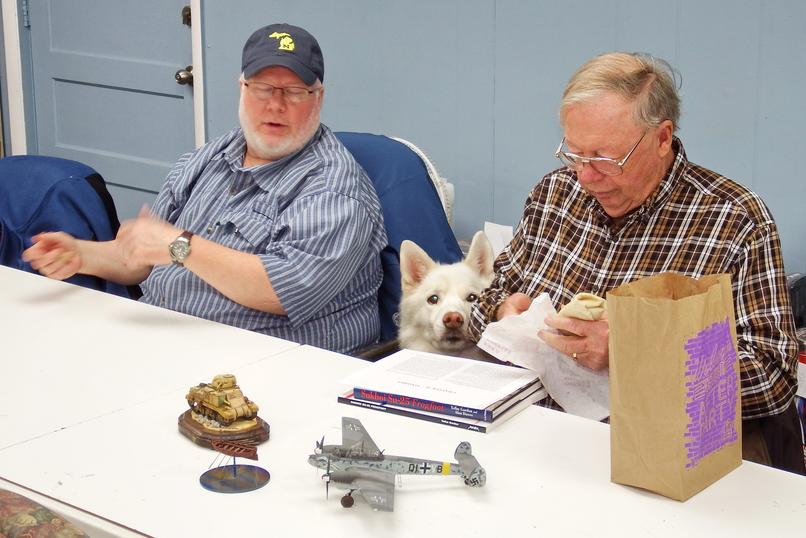 OK…Al’s 4-6-0 was on the homepage.  Here are two more photos of this 1/48 masterpiece.  This was the AHM/Rivarossi kit from back in the 60’s.  Al modeled this loco as it appeared in 1938.  Al scratchbuilt the engine house.  Wow!  Take a good look…this is amazing! 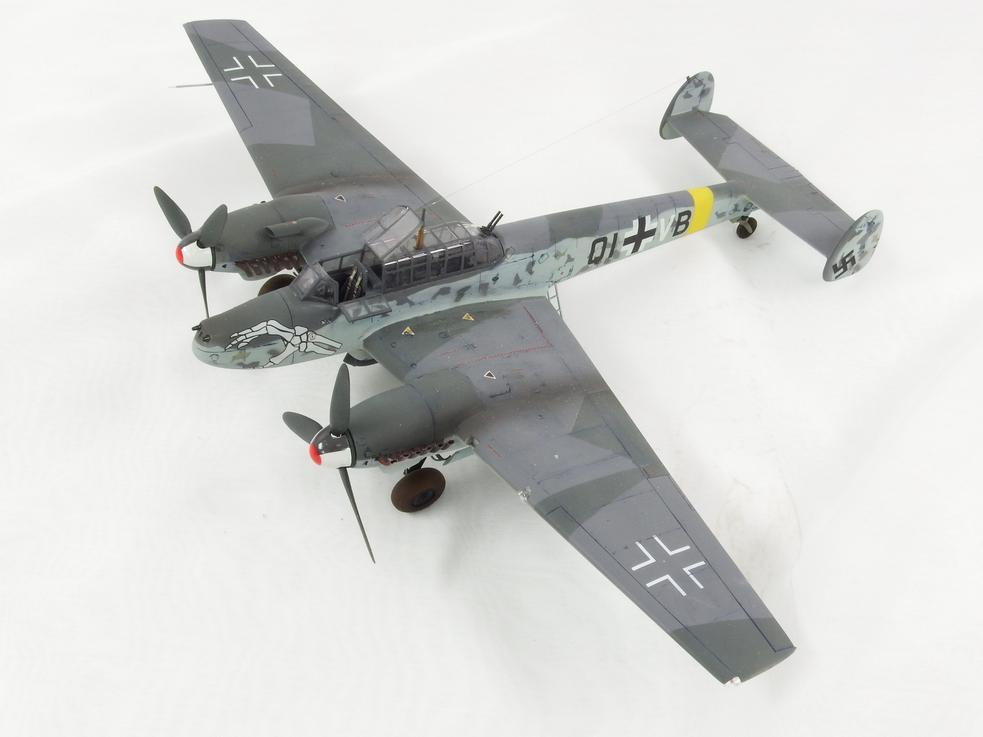 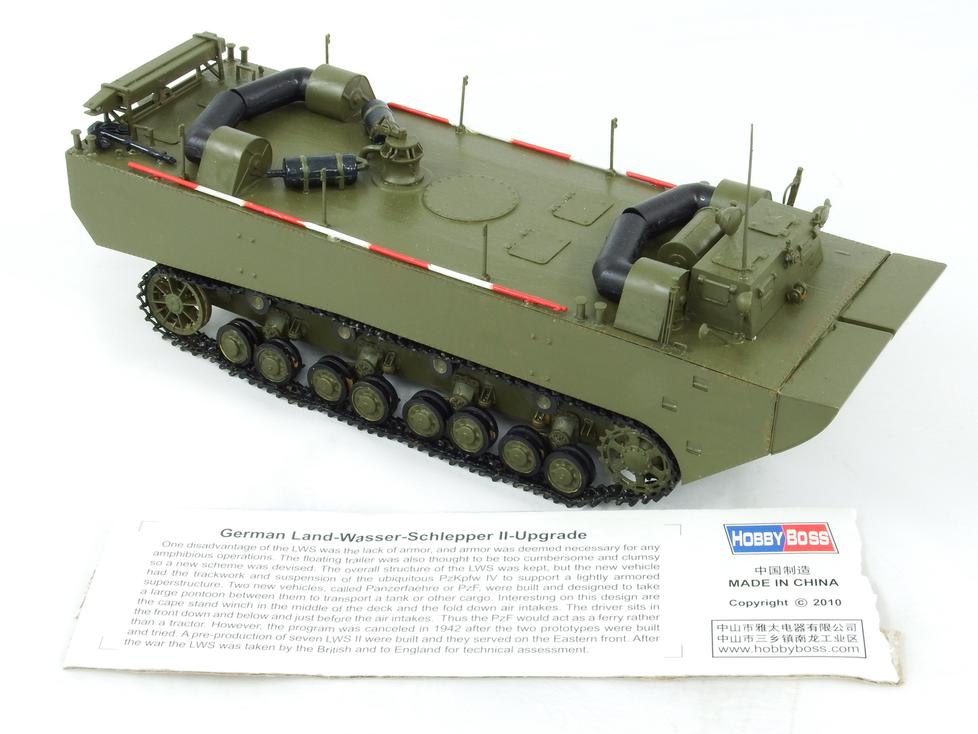 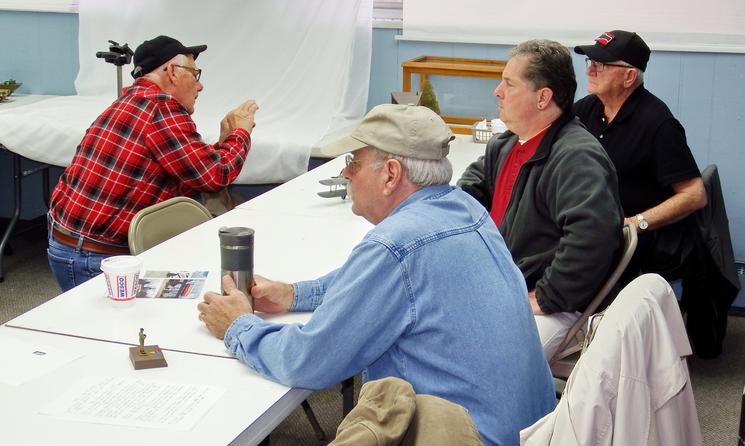 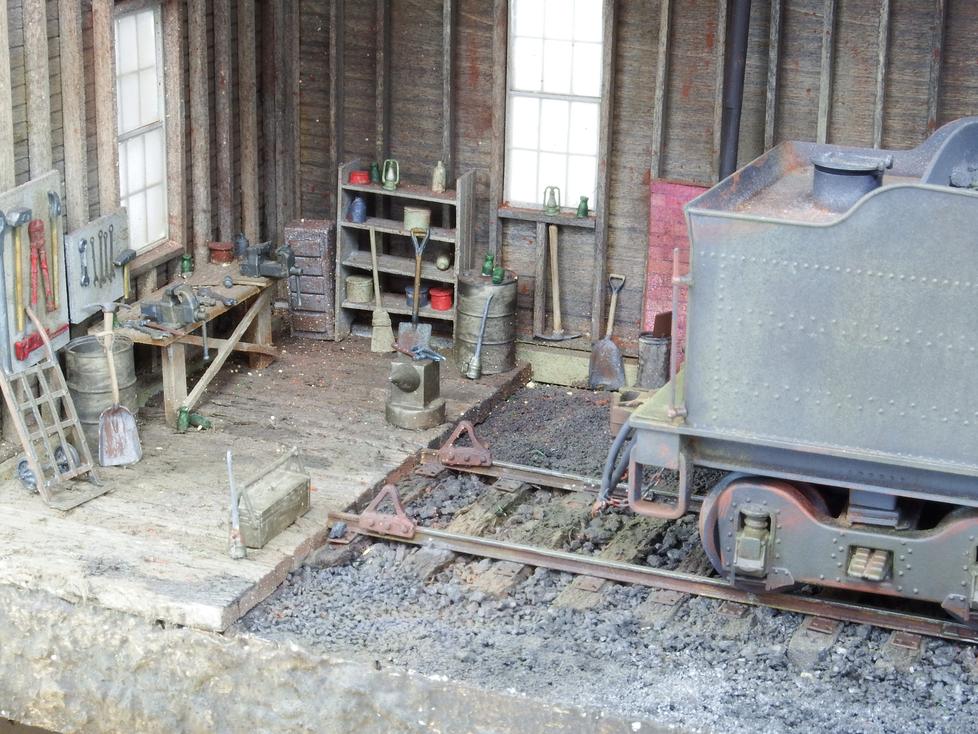 Any idea who this is?  Why it’s Al George’s Uncle from WWII!  Bob Thompson painted it for Al and we think it was a Dragon figure.  He is perched on one of Dan Jayne’s bases.  The guy is too good looking to be a George!  Nice work, Bob, and glad you could join us today!  We look forward to the deviled eggs joining us at the next meeting…and you, too!  ;-) 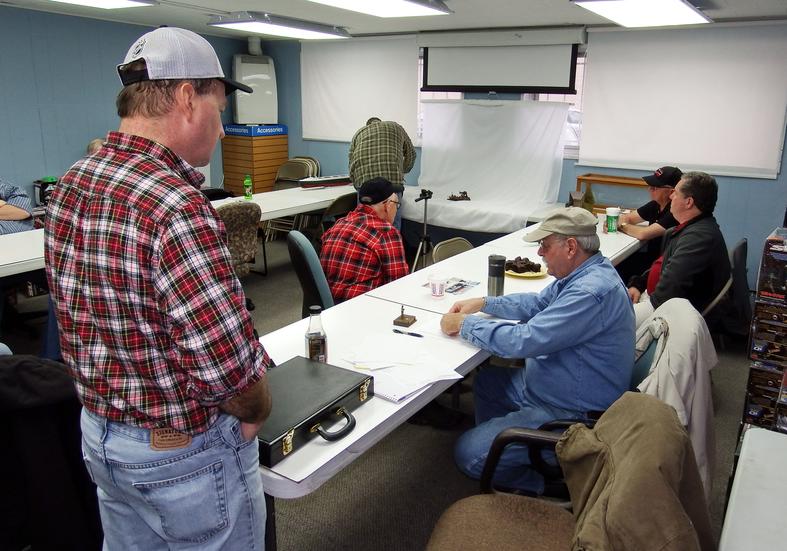 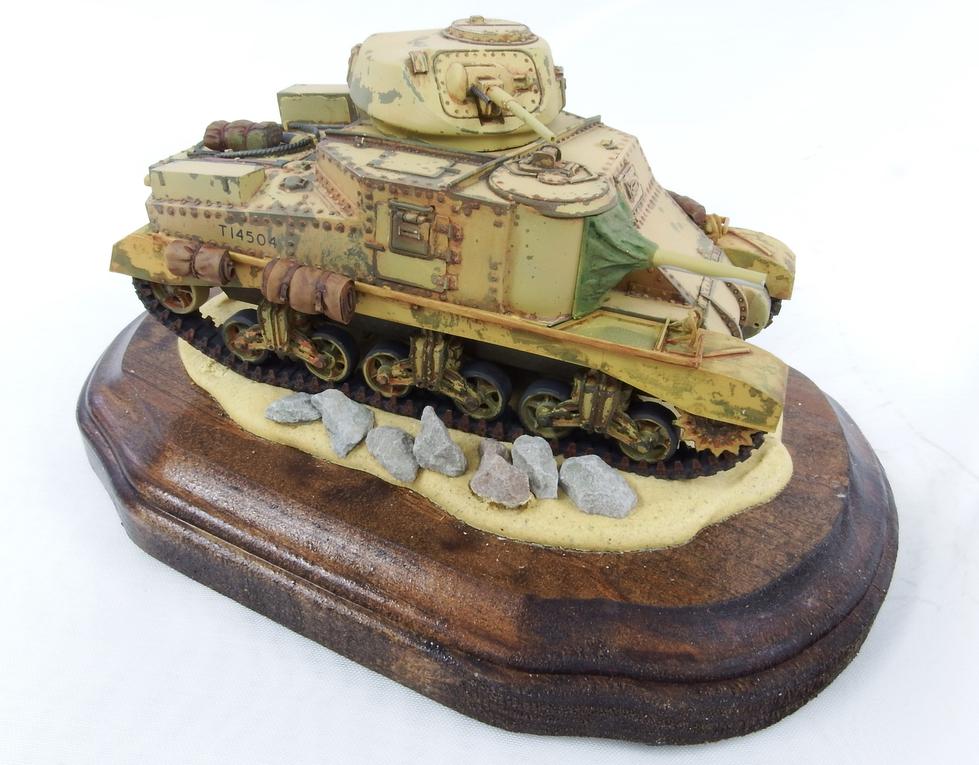 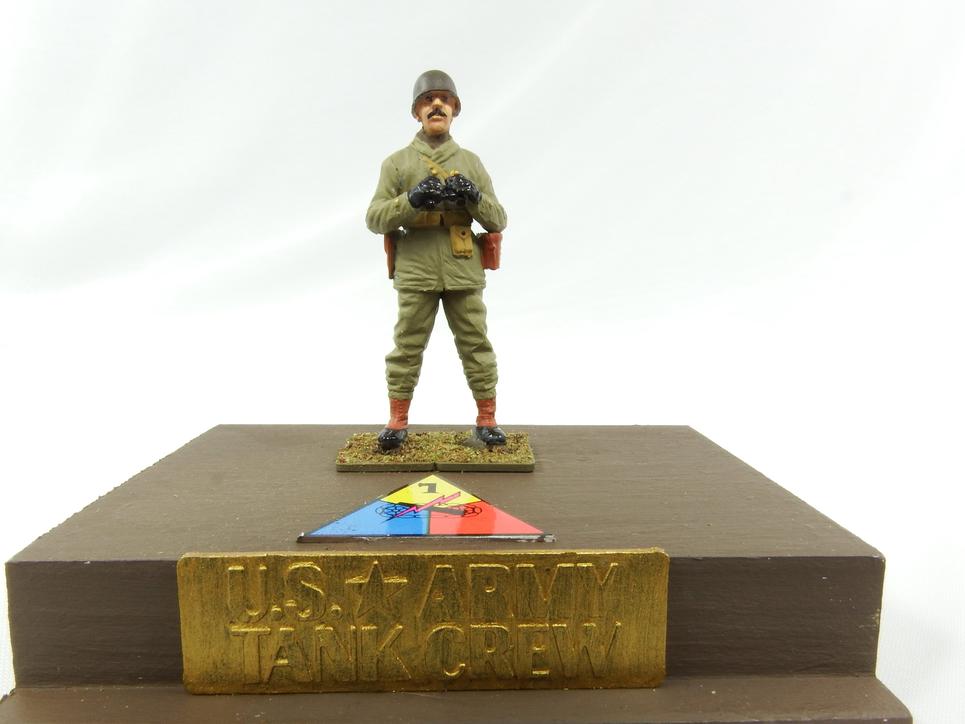 Danny “seasick” Sutton is definitely stepping up his game on his Revell 1/400 WIP Queen Mary II.  This puppy will be decked out with…well…a real wood deck!  It will also be filled with LED lights and fiber optics.  The screws/props will be metal.  He even drilled and sanded out all the portholes.  Jeez…Dan Jayne would be proud.

Guess who's coming to dinner?

Dave Martin was working but he had dropped off two models to display.  The first is Tamiya’s Panther Mark V which has been captured by the Soviets in March 1945. Next is the Hobby Boss Land-Wasser-Schlepper or land water tractor.  The Germans painted them gray but this unit was captured by the British and painted green.  Nice job and hope you can make it to the Work Session, Dave! 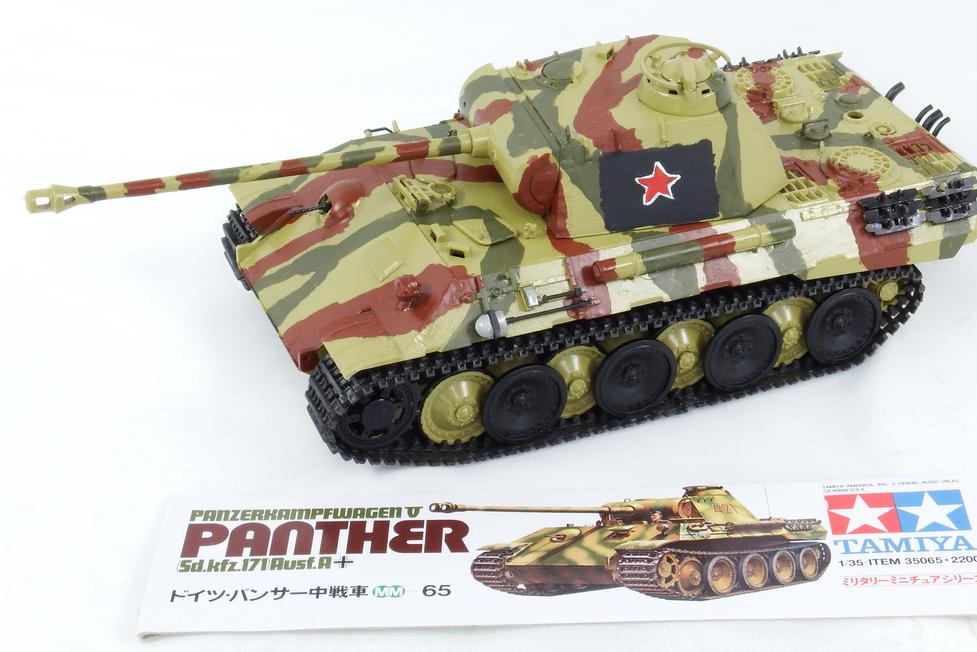 Mark Jahsan’s theme for today was British biplanes manufactured by Fairey.  The 1/48 Special Hobbies Swordfish is on the left and that is the plane that damaged the Bismarck during WWII.  The other plane is the Albacore which was to replace the Swordfish but the Swordfish soldiered on as it was a better plane.  This was the 1/48 Smer kit but Mark added Aeroclub landing gear to replace the floats.  Very nice, Mark!

Alan Vandam brought in three great looking models.  First up is his 1/48 M-3 Grant/Lee WWII tank in British service. This is an all resin kit from Kengi out of California.  The rucksacks and rolled tarps are from Tamiya.  Next is his 1/72 medieval rescue boat by Zvezda. Alan said it was a great kit.  And lastly, we have his 1/48 Bf-110-6-2 painted with Model Master paints using a metal mask set for the mottling.  You the man!!

Some guy named Scott Herbert showed up.  He hasn’t been to a meeting in years.  So why did he have to show up now???  ;-)  His sons introduced him to war gamming and then abandoned him!  Look at all this stuff that Scott has painted.  Games Workshop is the manufacturer.  The army is called Skaven (rats) and no, Vandam…they don’t look anything like me!!  Some of the goodies are doom wheel, warp lightning canon, warfire throner team, 20 stormvermin, and 40 clanrats. Yikes!  Great job, Scott, and you have been added back to the roster…with the rest of the rats.