Here is a shot of about half of the 14 folks, and the back end of one dog, who attended today.  We waited for Bob to leave…it just made sense!  ;-) 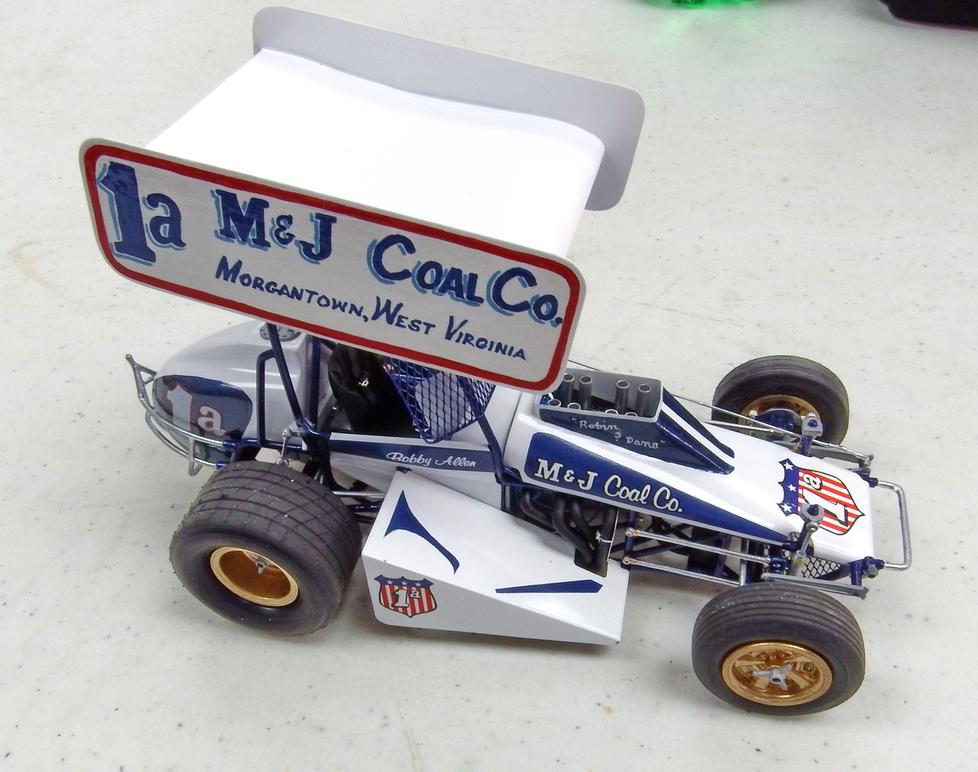 Feller will take to the air with his Grumman AF-2S Guardian kit.  If it was made by Grumman back in the day, it will probably be painted dark blue!  Good luck Feller and good to have you back.  Scott Herbert was slaving away on an M50A1 Ontos tank killer…and big daddy Jerry B purchased a kit of the same vehicle.  Stan Carrier was focused on a T29E3 developmental tank which I guess evolved into the M-26 Pershing.  I’m sure Stan will soon be Showing and Telling us all about it! 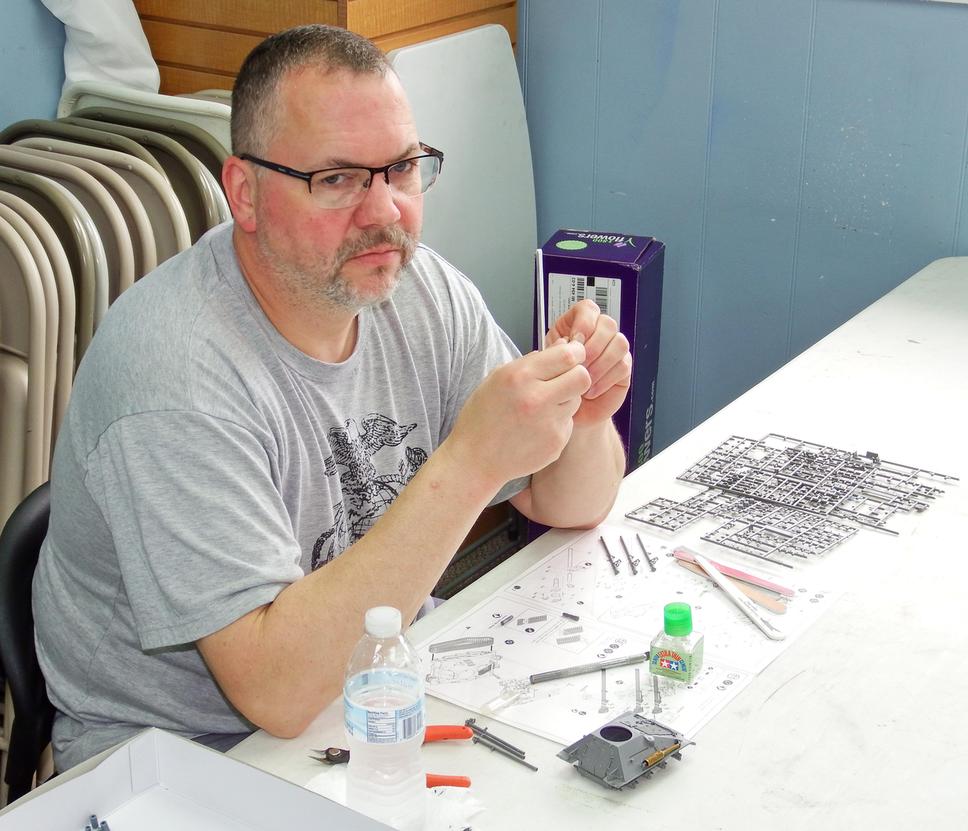 I asked the Pres to bring in his GR award winning sprint car model so I could drool over it a little longer.  I would sure like to get this published in Scale Auto magazine along with another model or two.  This guy is good!

I asked Scott to smile for the camera.  I think her learned how to smile from Jerry!  ;-) 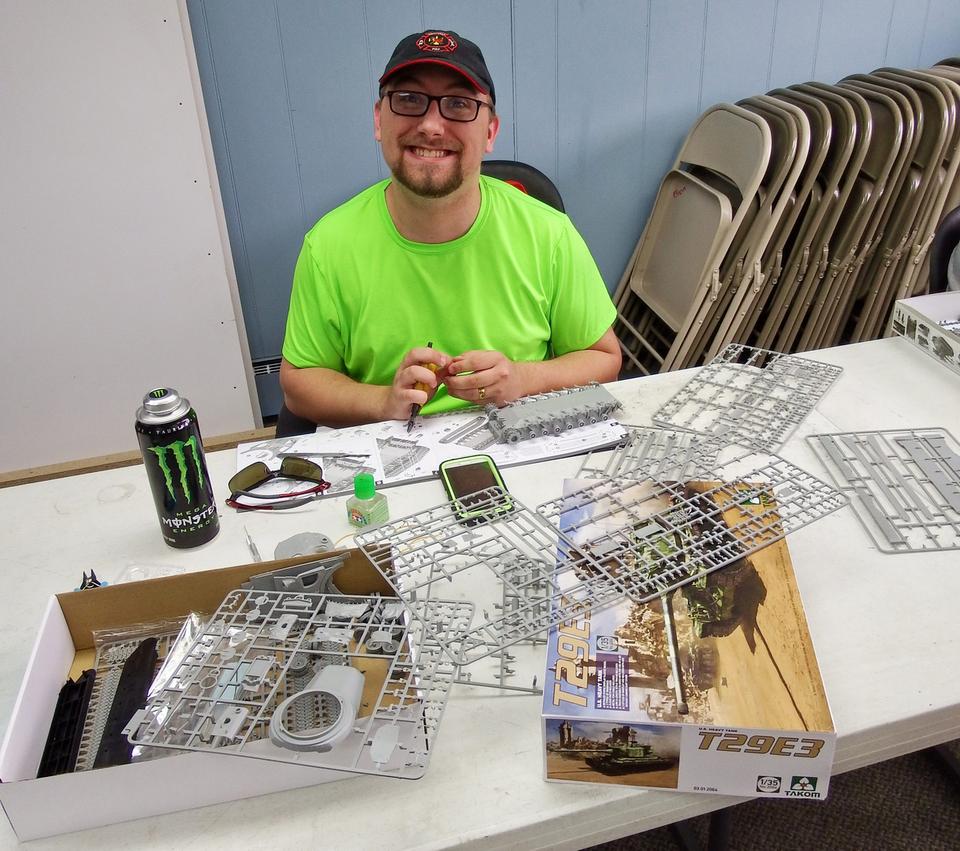 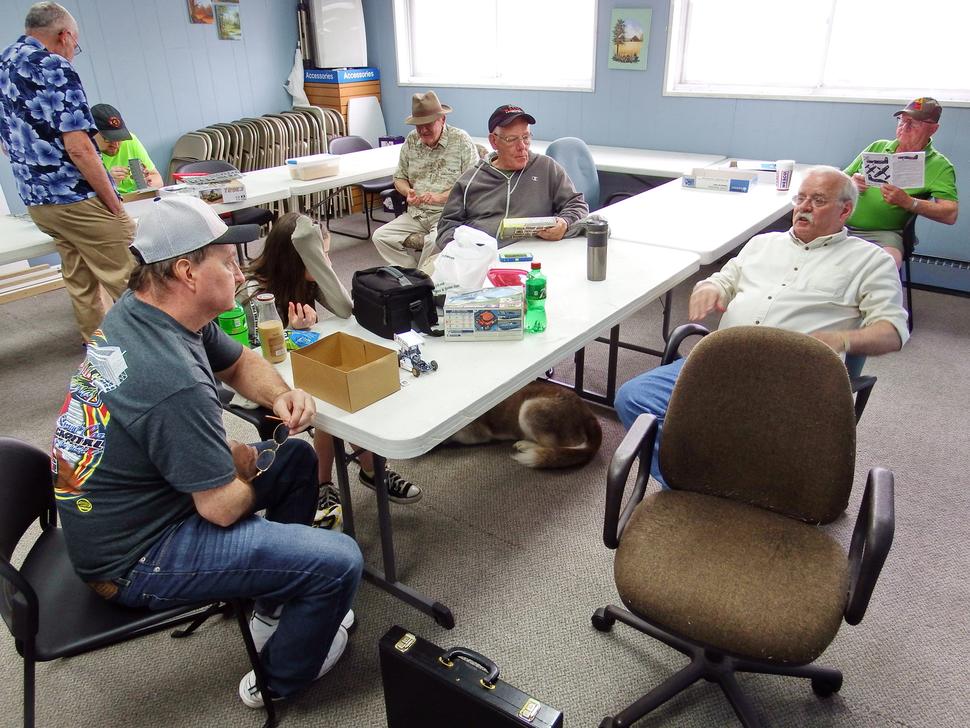 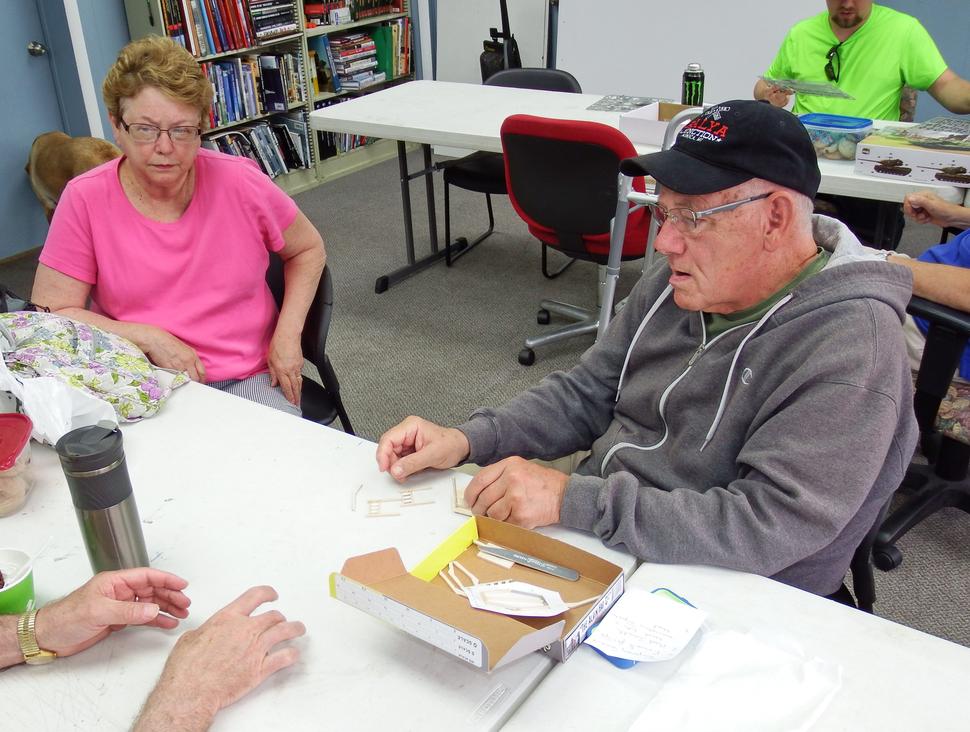 Here is a photo of Linda Thompson and Tom Ralya being verbally abused by Al George…again!  ;-)  They appear to be holding up well.

Tom was working on a scratchbuilt 1/87th gazebo.  Lookin’ good!  The gazebo; not Tom….