Can’t wait to see what happens at the June S&T!  Don’t forget Pasta & Plastic in GR on June 20! 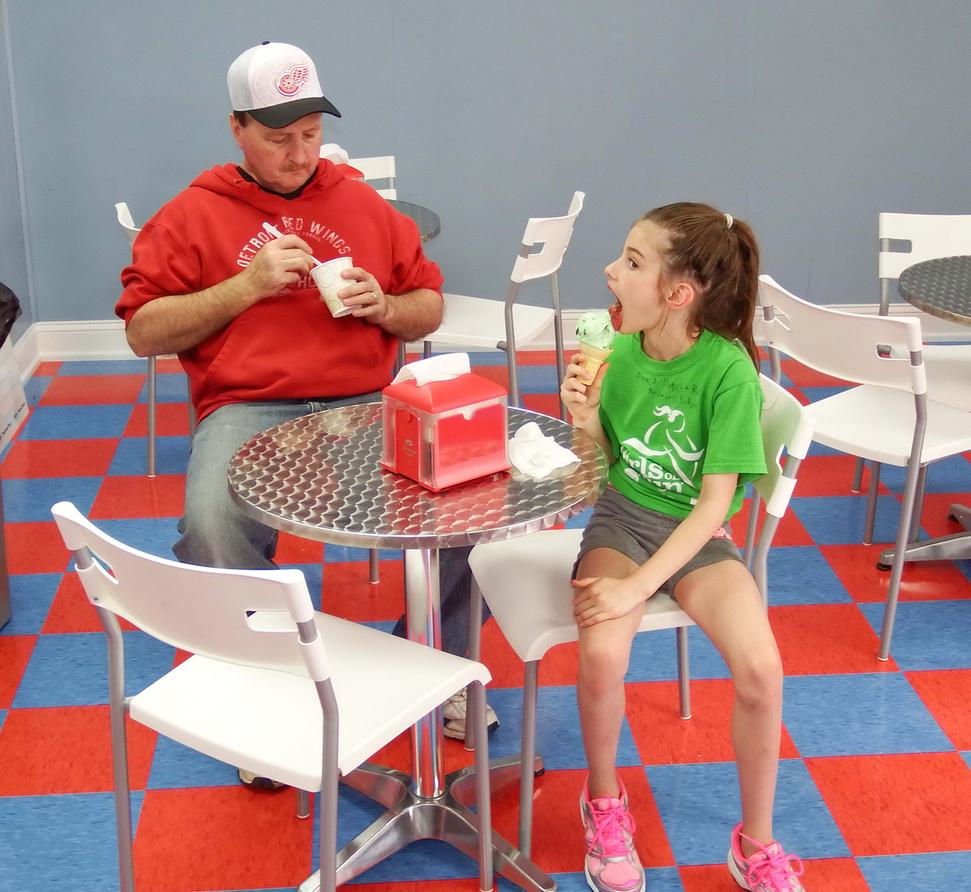 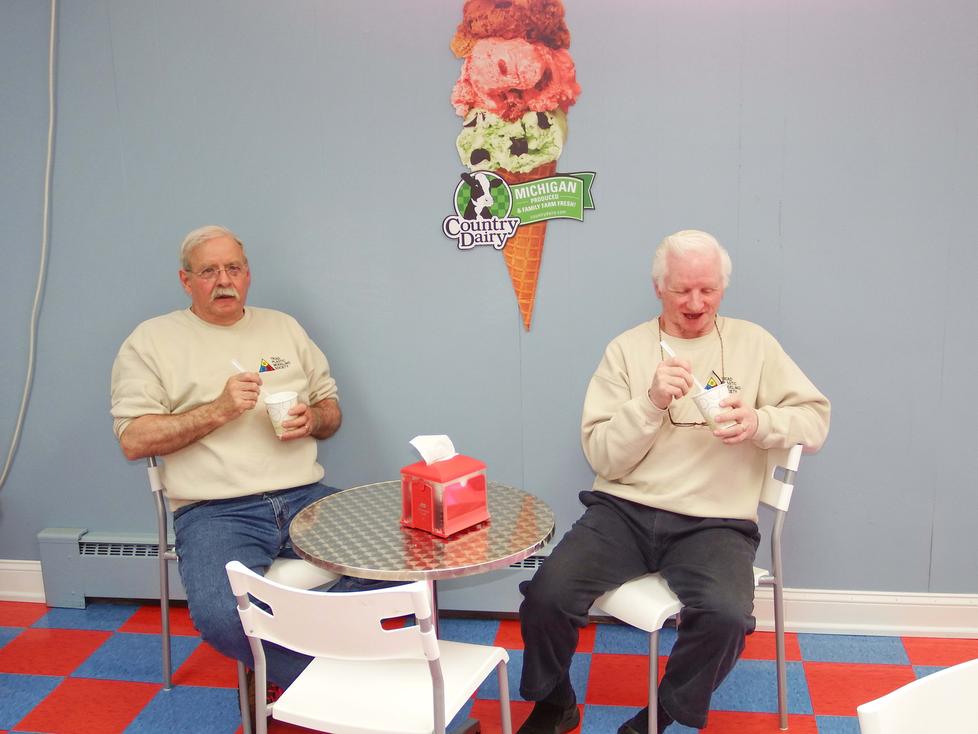 Let’s wrap up with two more ice cream related photos.  Thanks, Dug and Caleb, for the ice cream!  Yummy! 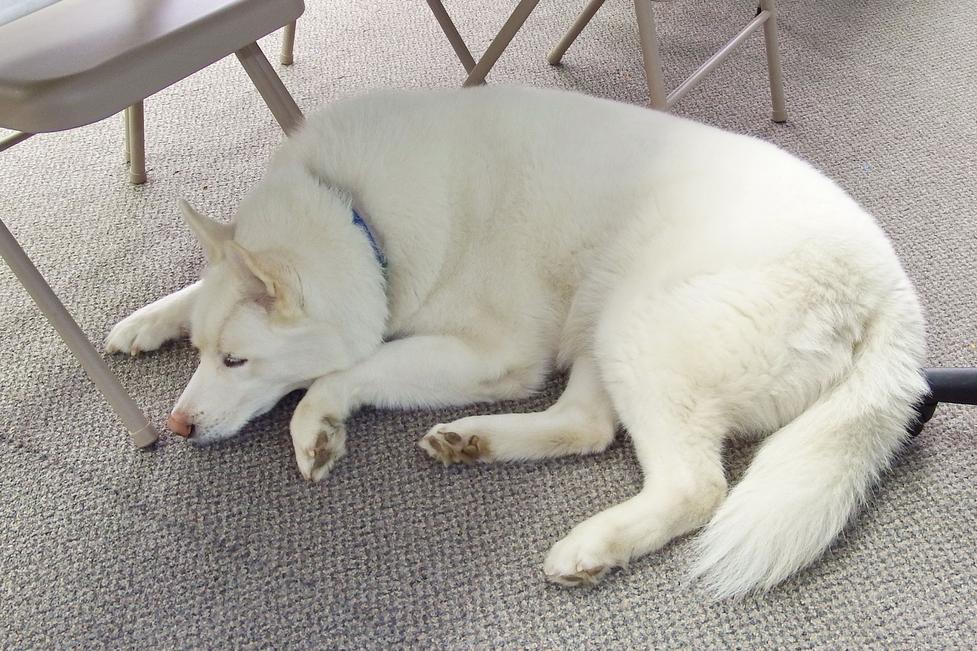 Koda waiting for the ice cream social to begin…. 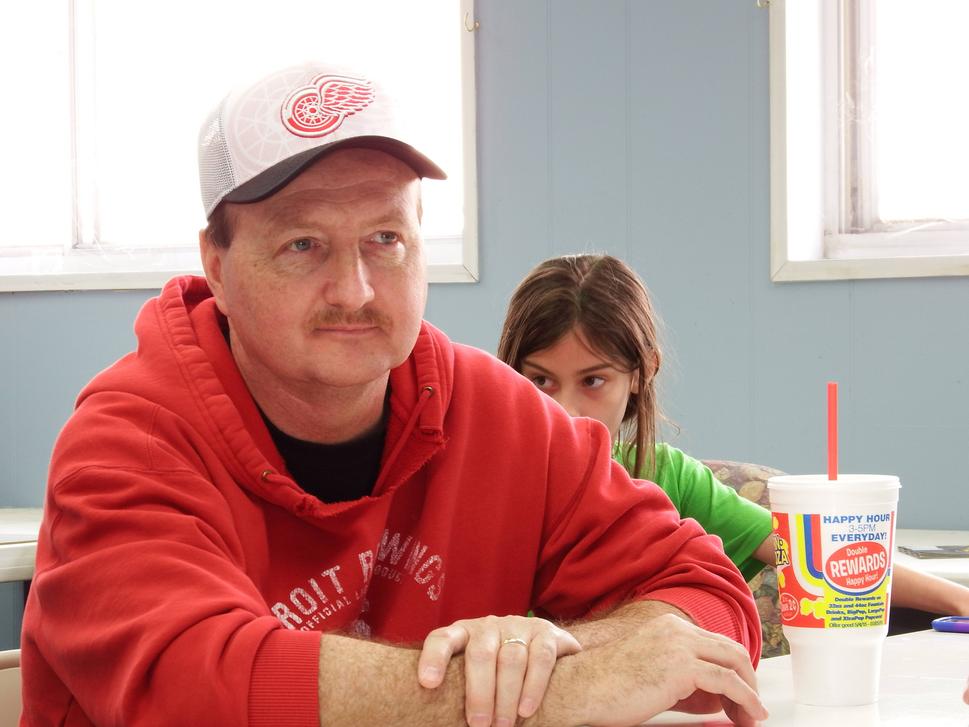 Here is a very nice photo of our President, JR Burggren.  How did that happen?  He’ll probably want copies of this one…. 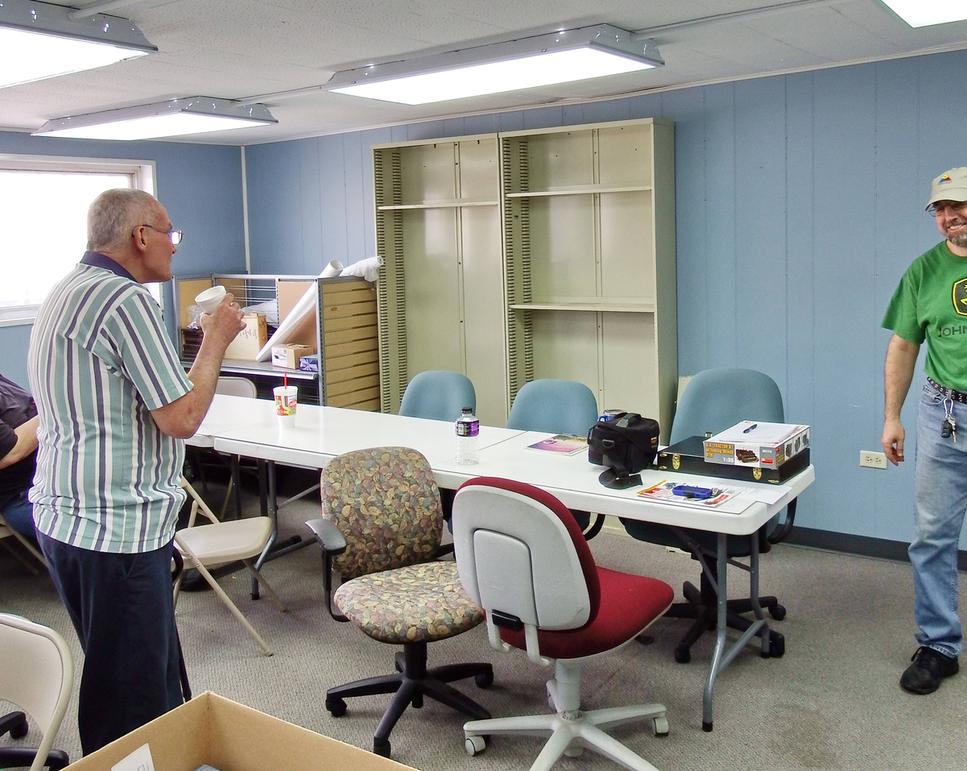 New member, Tom Twork, delivered two steel bookcases which will hold the modeling, historical, and reference books that Dale Yonkers is donating.  We need to make a run to Dale’s and pick up the books.  Thanks, guys! 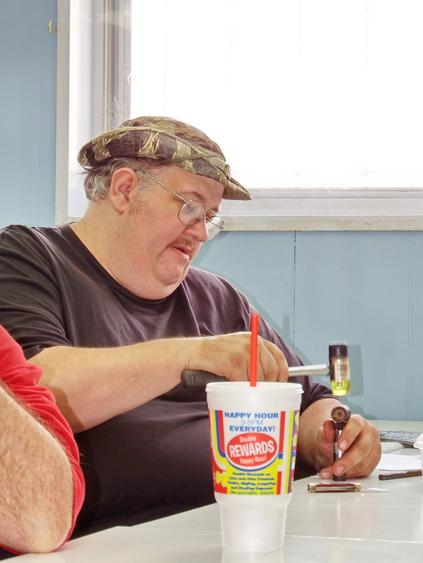 Like I wrote on the homepage, a rather odd Work Session…at least Tim Ridout was working on assembling some dummy ammo for Al George.