Mark Jahsan amazed us again with this historically significant model of the USS Ward and an IJN minisub.  The crew of the Ward spotted the sub making its way to Pearl Harbor on Dec 7, 1941.  The crew swore they sank the sub but it wasn’t until fifty years later that the sub was located and researchers confirmed that the sub had been sunk by their gunfire.  Sadly, on Dec 7, 1944, the Ward was sunk. 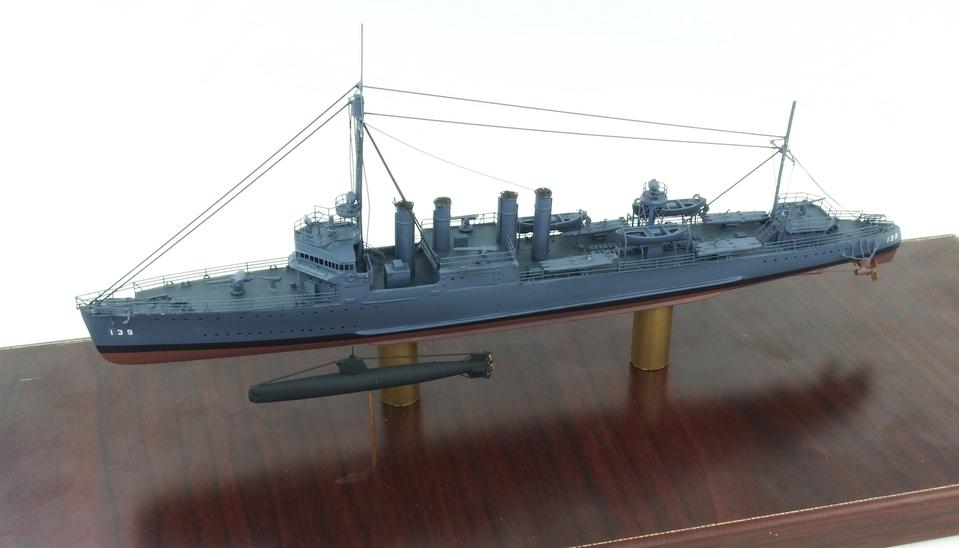 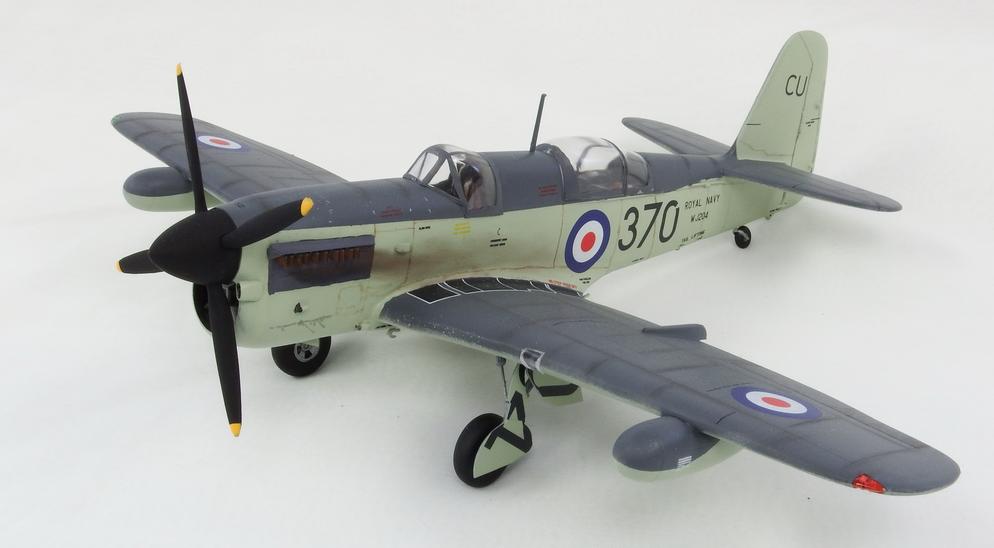 Whoa!  Did Scott Herbert nail this puppy!  Look at the weathering…rust…dirt…everything!  He started with the Tamiya Hanomag sd.Kfz 251/1.  Since he JUST finished it, can he enter it in the HoH contest?  Can he????  Great job, Scott! 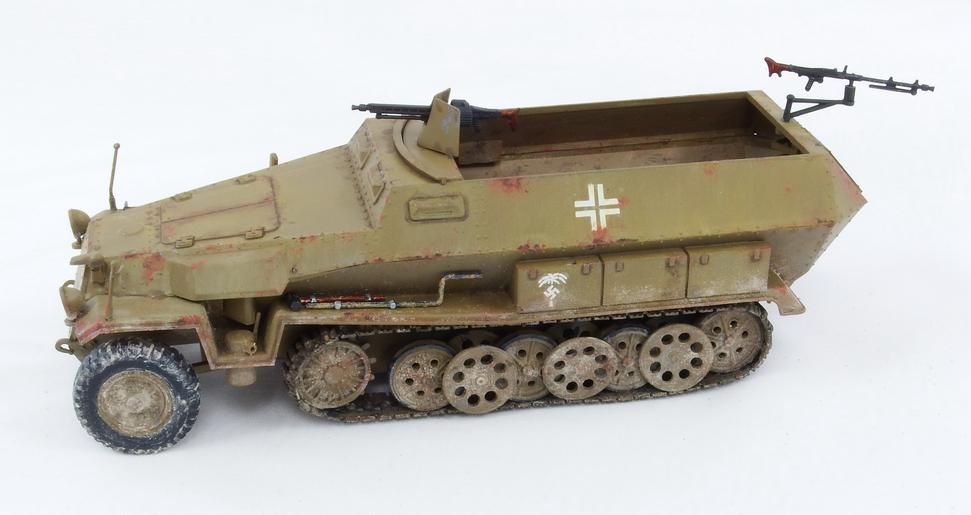 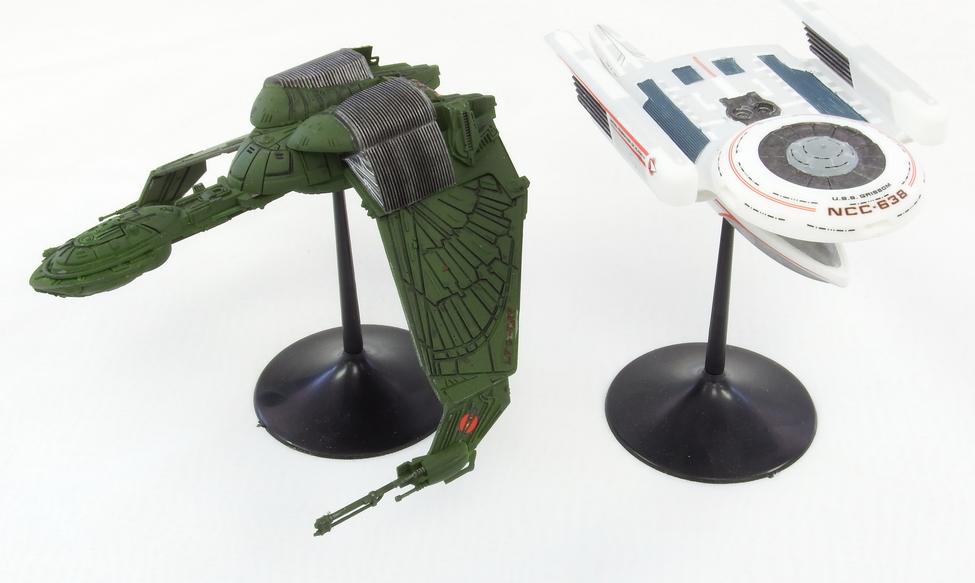 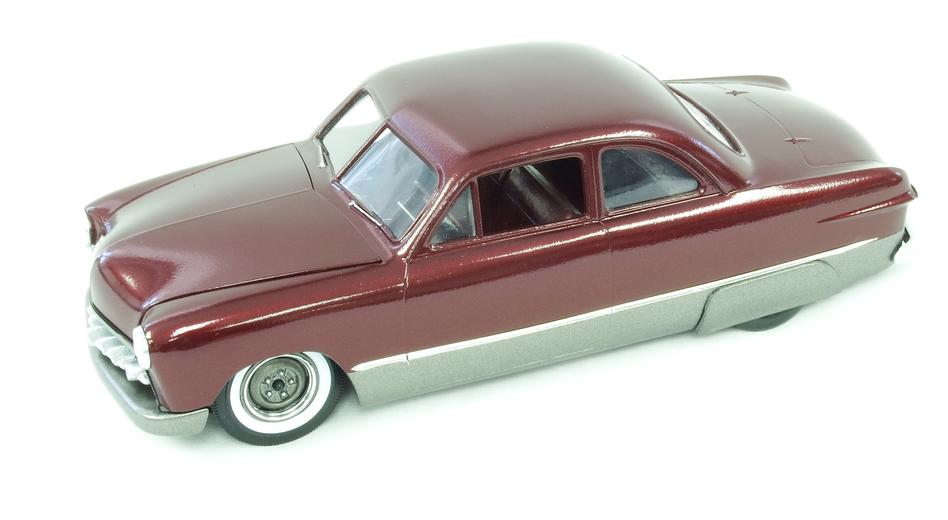 Keith Lemke built this 1949 Ford for Judy Jayne.  This car was named car of the year in 1949.  Keith reported terrible flash on the kit but Keith’s skill came through.  Note the custom two tone paint and BMF trim.  A beautiful job…but I may have liked the cheese and crackers even more!  What can I say….but great job, Keith!

Let’s start off with Tom Ralya’s scow, Whistlepig.  Tom built this for his ever expanding West Michigan based HO scale railroad layout.  This is a wood kit from Model Troll to which Tom added lumber and a figure.  He did a great job!  Thanks for sharing!

Bill Leger proudly showed off his Tamiya Panther A.  The Professor built this beauty back in 1985 when he lived in Davenport, IA and it took first place in a model contest in ’86!  Way to go, Bill! 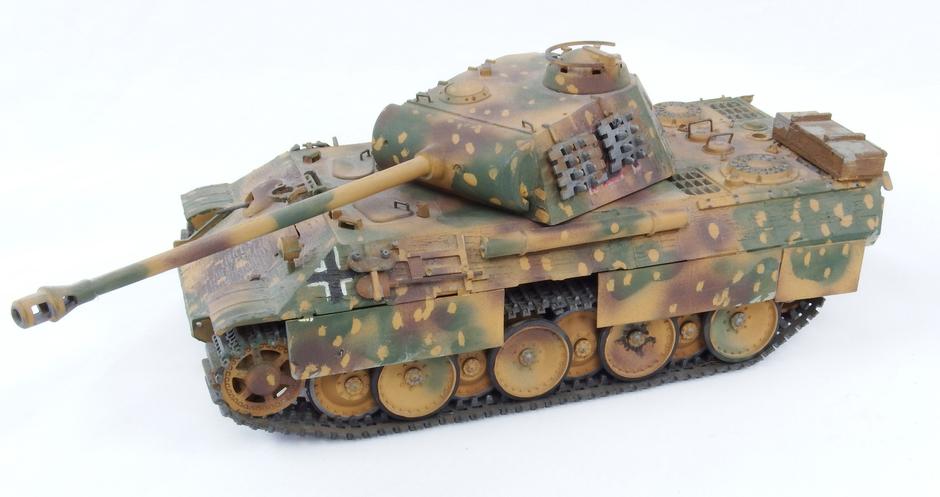 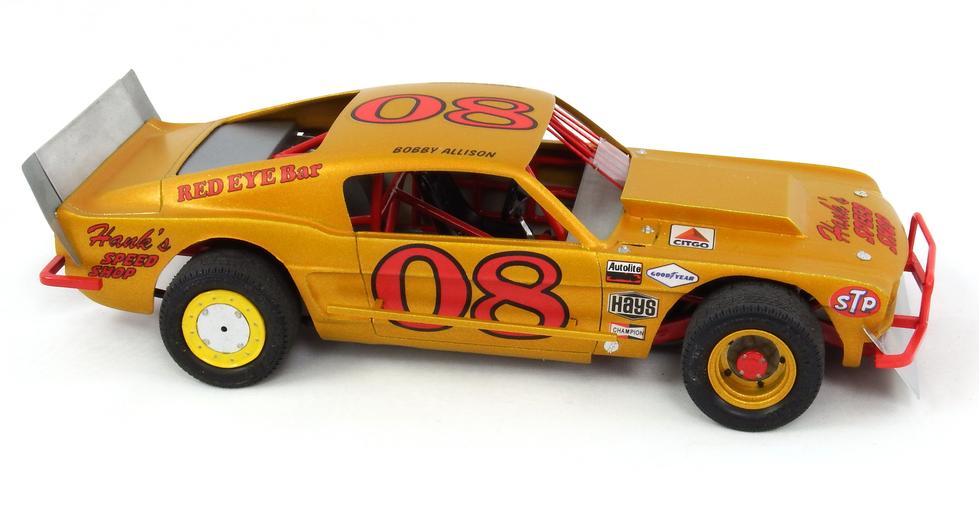 Well, he’s done it again.  JR Burggren has built another magnificent dirt track racer.  He changed out a ton of stuff and scratchbuilt other stuff.  What a guy!  I think what intrigued the guys the most, other than the build quality, was the color of paint…Testor’s Inca Gold.  I like it!  Now, if he adds a turret and track links, he can enter it in the contest! 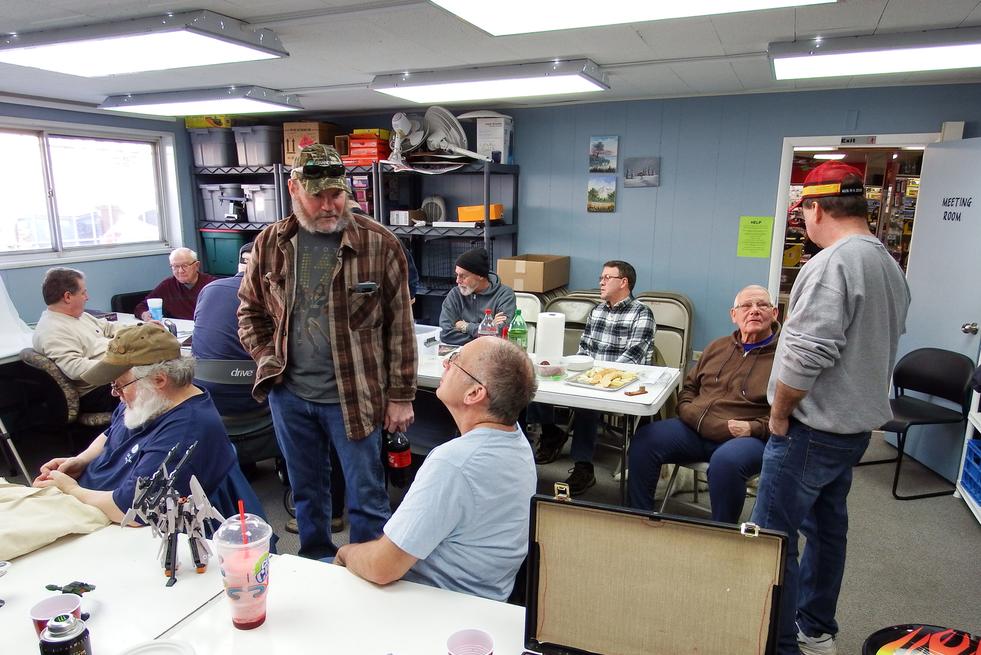 Doug Seekman continues to amaze me.  He has built two more models for Dale Yonkers.  The helicopter is the H-21A Shawnee AKA the flying banana.  It only had one engine…the same one used in the B-17.  It was underpowered…but looked cool!  The second model, also from Special Hobby, is the AS-7 Firefly anti-sub variant…painted with Model Master paint.  Doug done good! 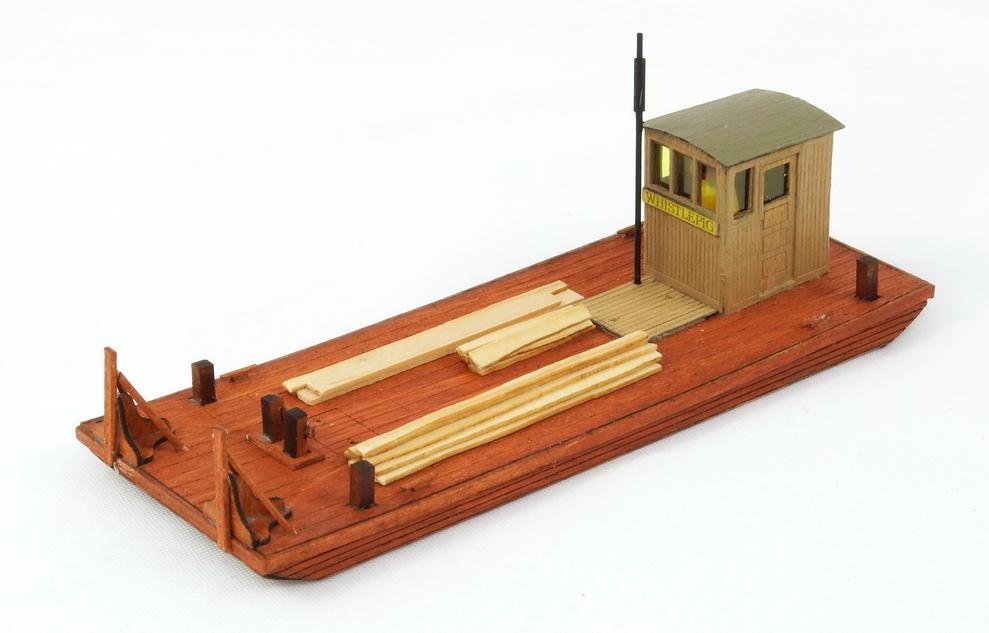 Mark Beck brought in this amazing Gundam RGZ-95C ReZEL Type C.  It walks, it flies.  It took Mark about six months to build but a lot of that time was spent at work.  Most impressive, Mark!

Stan Carrier said he wanted to changed things up…and he did!  This was a set from Round 2/Polar Lights and is the (green) Klingon Bird of Prey from Star Trek III and the USS Grissom which the Klingon Bird of Prey destroyed.  That wasn’t very nice…but the models sure are!

Bob Thompson, obviously looking for attention, made a grand entrance at the meeting today.  He and his rollator stopped…but his tank model kept on going and the carrying case and model ended upside down on the floor.  Two parts broke off but amazingly, the model stayed attached to the base!  The model is the Heller French Hotchkiss tank.  Bob says the kit was a heller and he is being kind.  Bob’s hand painted camo is beautiful!  Good job, Bob!

Here are a couple of photos of the group.  You will note that we were unable to keep Mark Jahsan awake…. 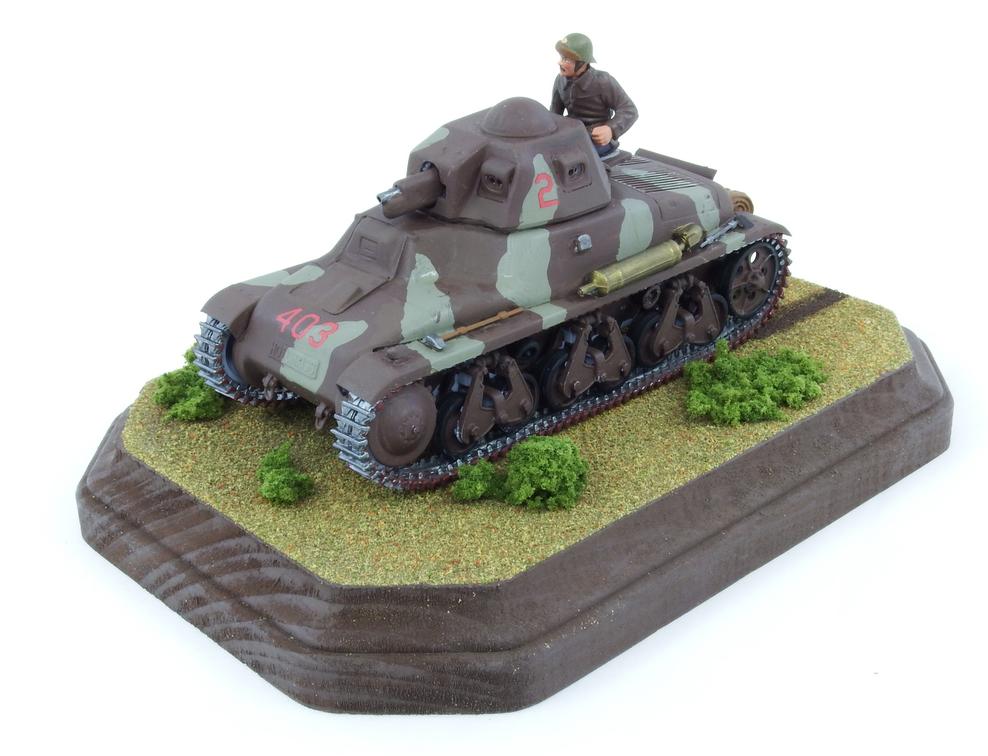 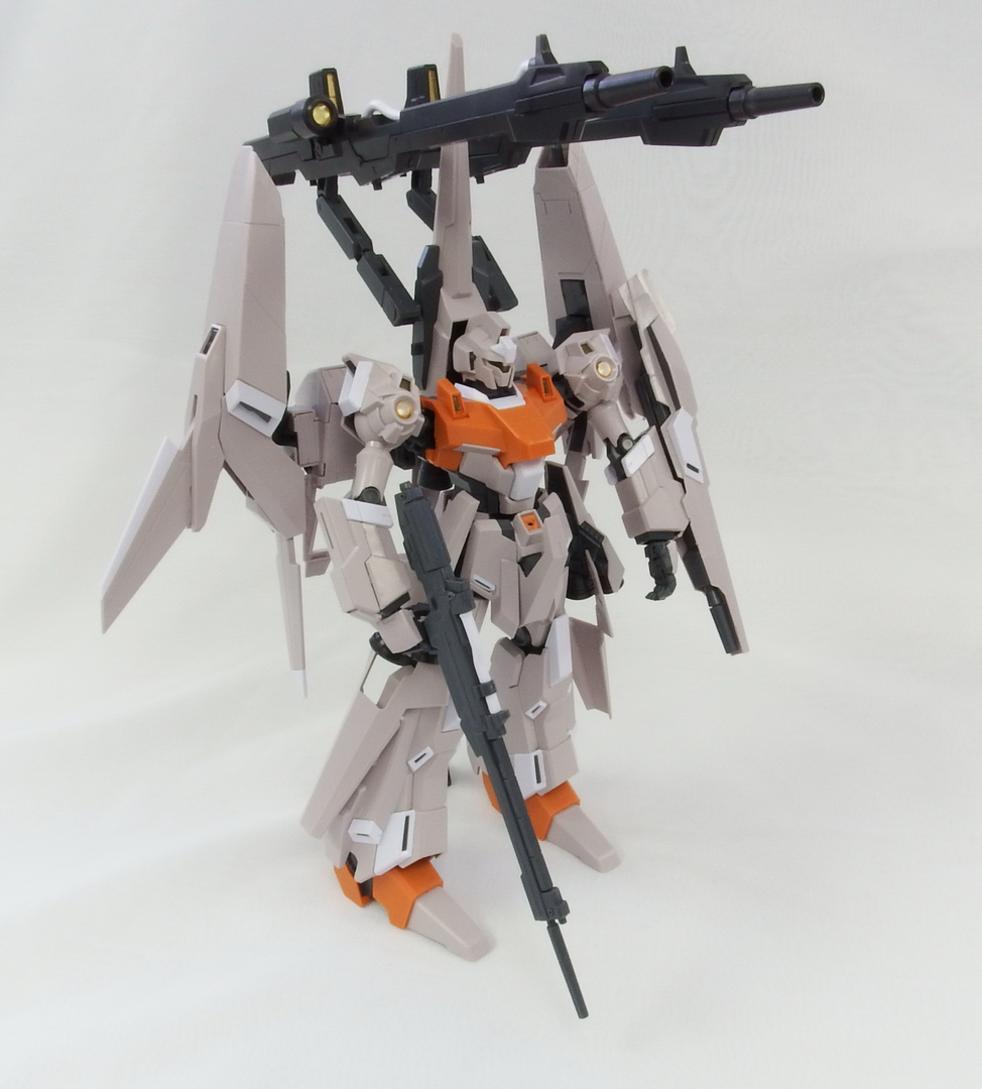 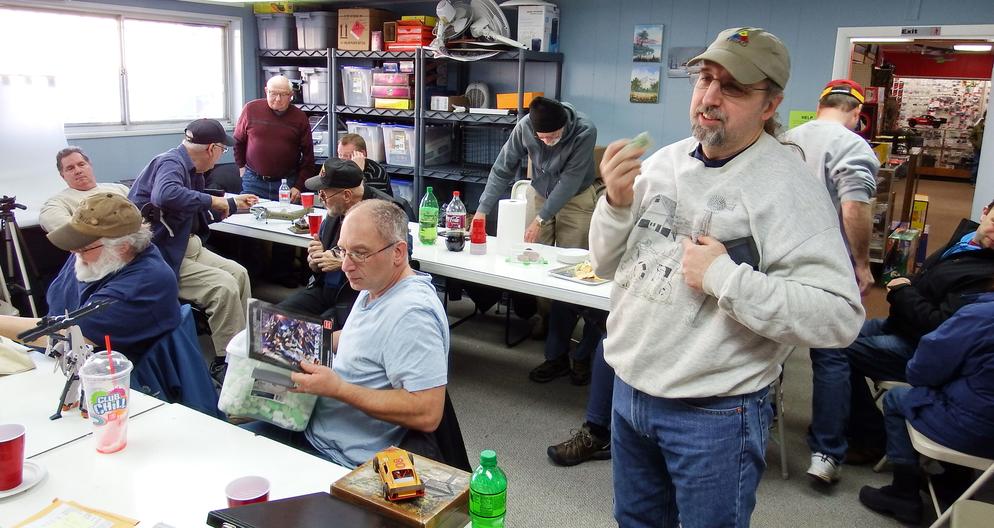