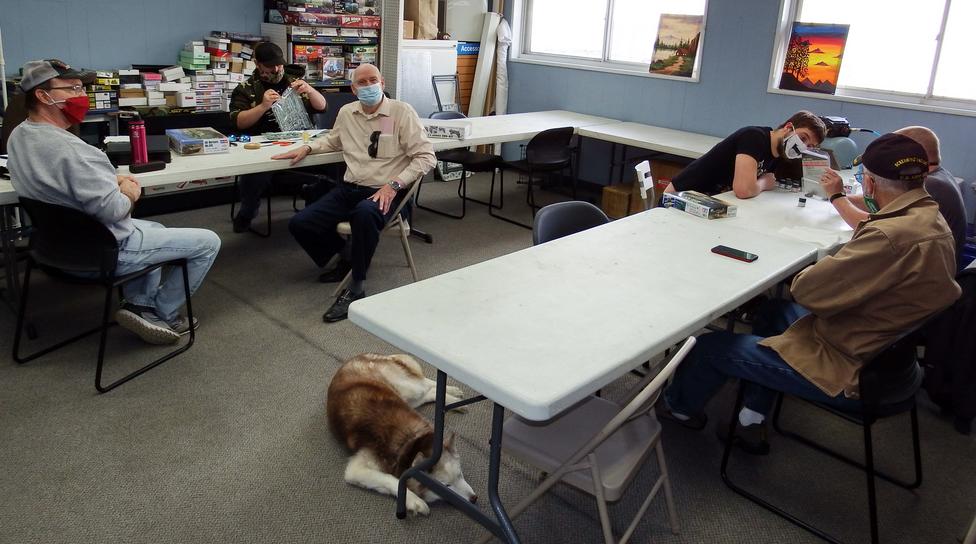 ​Seeing Stan’s bottle of cement, we had an intensive discussion of styrene cements.  I recently had a problem with Tamiya Quick Setting glue not working with an old Revell kit.  Consensus of the group suggests switching to Flexi-File Plast-I-Weld cement.  Problem is, it will dissolve my beloved Tamiya applicator brush!​

It was great to have long lost Robert Jackson join us again!  Had a great time talking with him and catching up.  We should see him at our June S&T in three weeks.  Here are two action photos.  The first captures the latest trend in modeling…smartphones!  The second is a group shot including Amber…who is doing much better.  She was quite ill, and we were afraid the end was near. 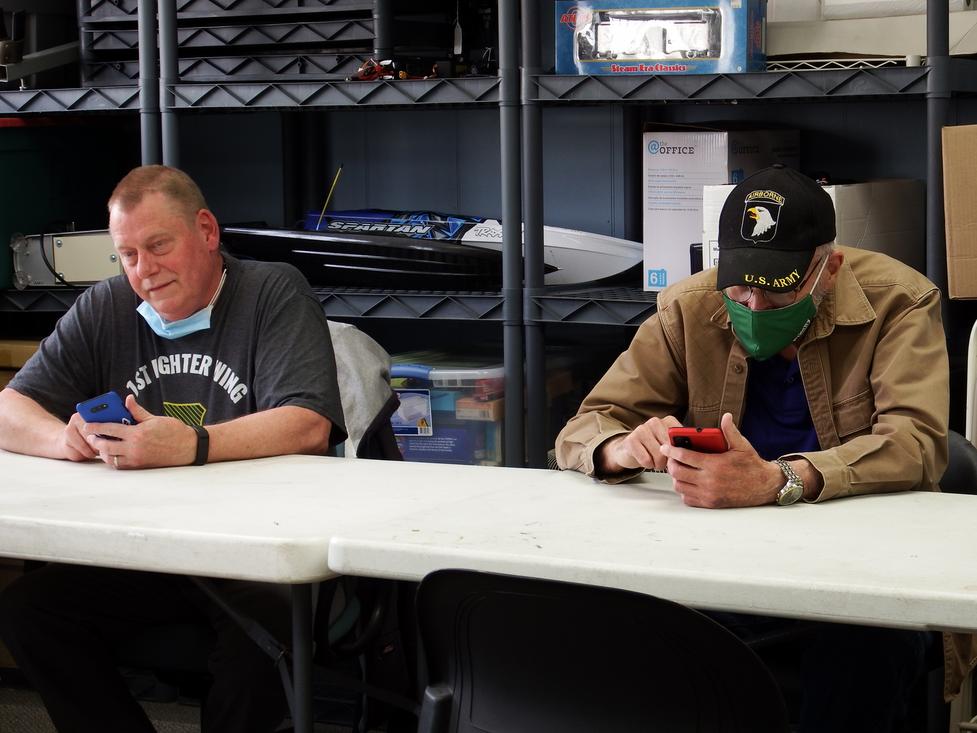 ​As you saw on the homepage, Doug Seekman gave a non-Zoom class on how to airbrush.  In my humble opinion, Doug is the finest airbrush artist in TRIAD.  Nobody comes close to his skill of painting German aircraft camo schemes.

Stan Carrier was busy with an Israeli Merkava tank…and with the fighting in Gaza, well timed…unfortunately.  Stan was working with microscopic “balls and chains” which protect the vehicle from RPG’s.  Unfortunately, Stan forgot his “see up close” glasses, so things didn’t go too well.​ 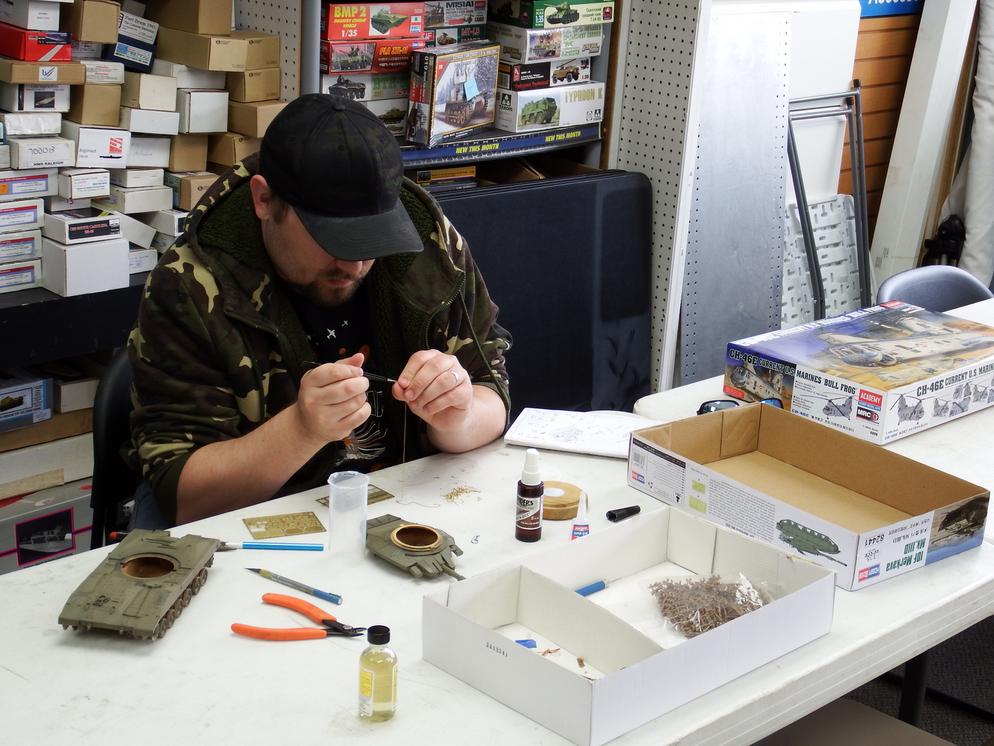