Al George continued with his model railroad theme and showed off a Woodland Scenic pewter tree complete with a tree house and swing.  Looks like fun!  The barn is N scale and has seen better days.  This little structure only weighs ¼ ounce!  It was “painted” with Model Master washes.  Great job, Al!

TRIAD favorite, Bob Thompson, brought in two great looking figures.  First up, we have Erwin Rommel, the Desert Fox.  This was a 1/35 Verlinden figure.  Next is Ernst Udet, the second highest scoring German fighter pilot of WWI.  Bob started with the 1/16 Miniart kit.  Both are awesome!  Thanks, Bob!

Big Daddy Jerry Bridenstein brought in a WIP…a Tamiya Canadian Chevy truck (LRDP).  Jerry will bring this beauty back in when it is completed.  Hopefully, the tires will stay in one piece!

Master Caleb Beck brought in the popular British Spitfire…complete with a wing sitter!  Caleb built this model with the landing gear retracted.  It took him 15-20 minutes to build…faster than it takes me to remove the cellophane off a new kit!  Thanks, Caleb!  Good luck with the painting.

The dynamic duo of Gemzer and Ashley…well, at least Ashley is dynamic…brought in two '55 Ford F-100 street rods from Monogram.  Ashley Boguth went with a gloss black finish and Eric with a dull black.  So, Ashley shines whereas Eric…well….  We took a vote…it was 17-0 that we liked Ashley’s model the best.  Eric showed great wisdom and also voted for his gal’s model!  Nice job, guys!  Welcome to modeling, Ashley…but don’t stop baking!  ;-)

As great as Feller’s models are, we enjoy the stories that go along with them just as much.  Take this great looking 1/48 F4U-B Corsair.  Feller did a great job with this 1967 Monogram kit.  But when he went to install the front antenna, the antenna fell into the inside of the plane and would not come out.  So Feller made a replacement from a toothpick and was in the process of gluing it into place when he noticed that the real plane did NOT have the front antenna.  So he filled in the hole and sanded it smooth.  Finishing that, he noticed something sticking out of the bottom of the plane.  Yup, it was the original antenna!  He then wanted to compare this model to another Corsair but the wing on the other plane snagged on something and crashed to the floor.  He said that model now looked like a kit!  Funny stuff!  Great job, though, Feller!

HoH owner Dug apparently doesn’t like skill level 1.55 as he asked him to build an HO scale Woodland Scenic Insley backhoe.  This diecast metal kit was a nightmare…which probably explains why Dug gave it to me!  Here it is…ready for deployment on the HoH train layout.

Finally, here are some miscellaneous photos of the members having fun…and that is what we do best! 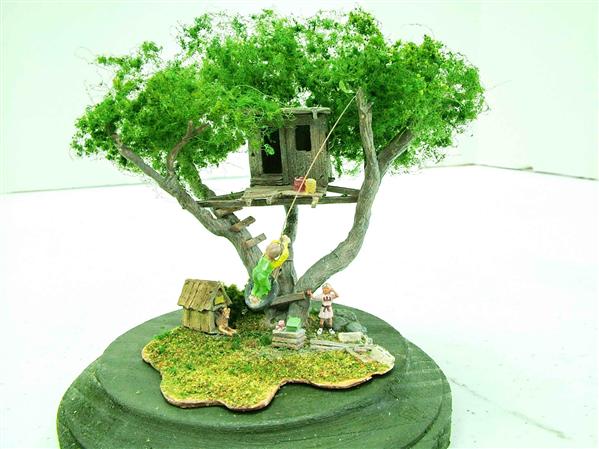 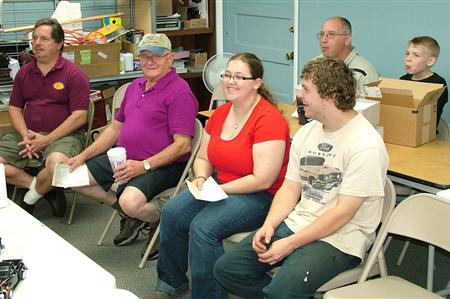 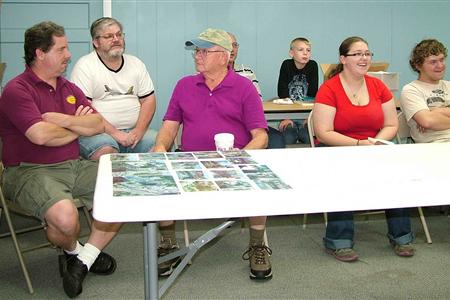 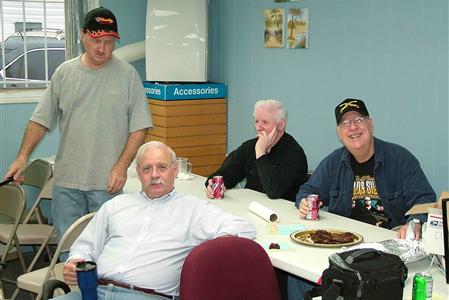 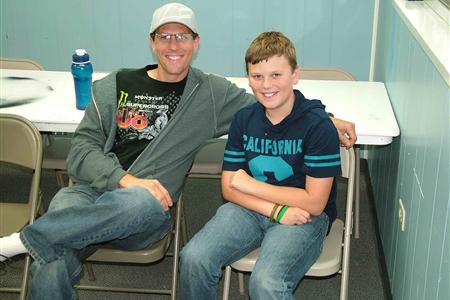 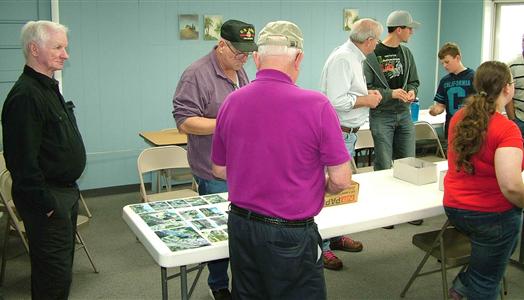 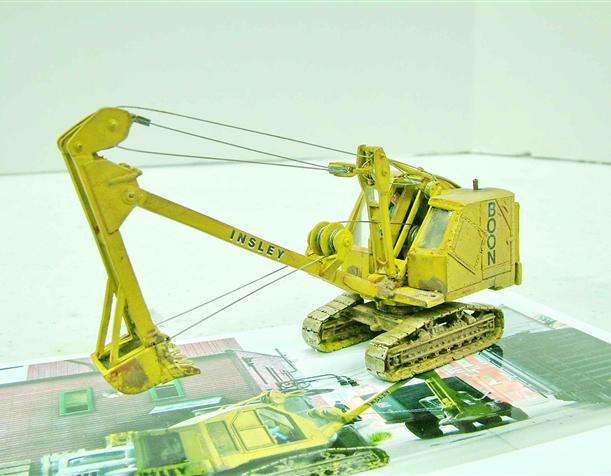 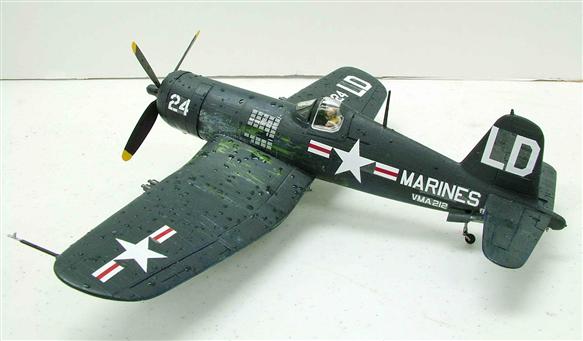 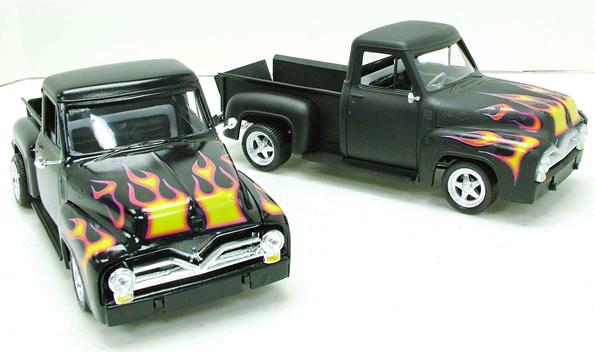 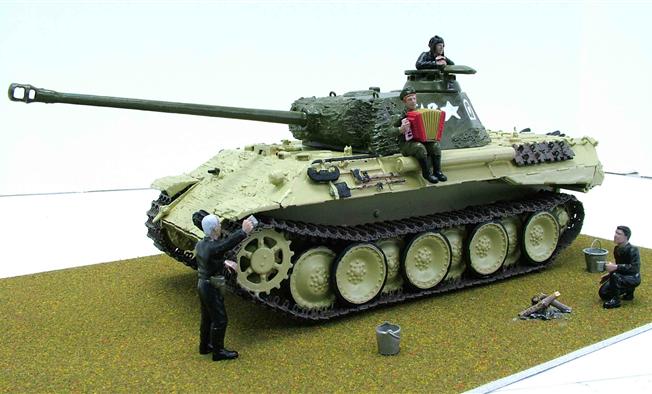 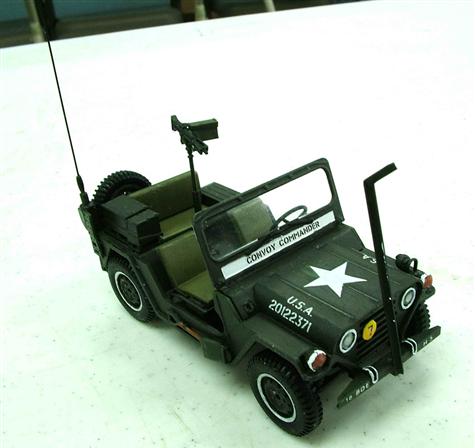 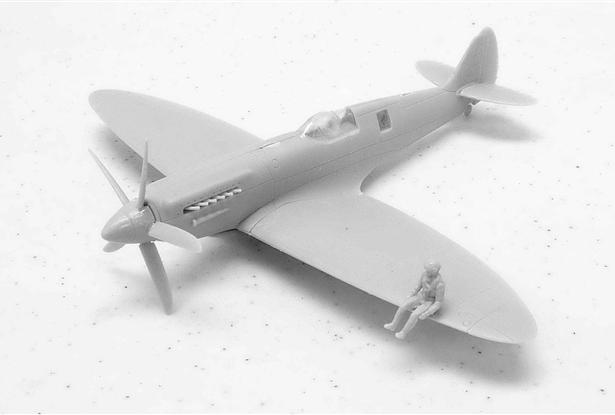 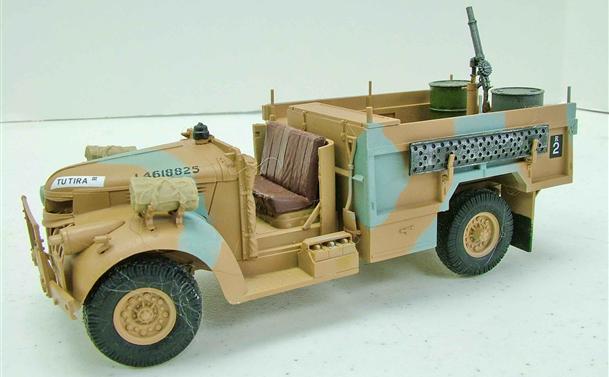 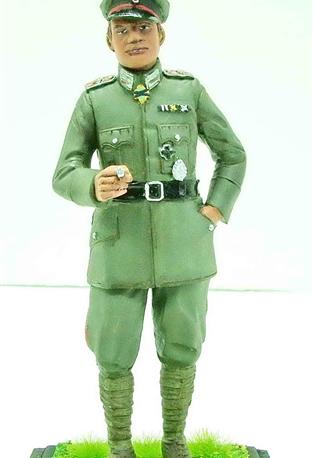 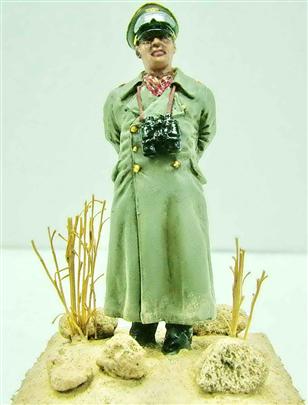 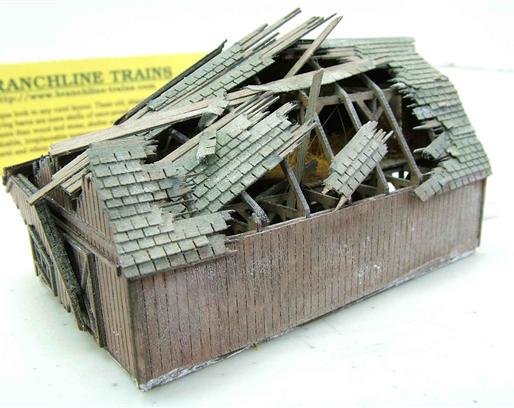