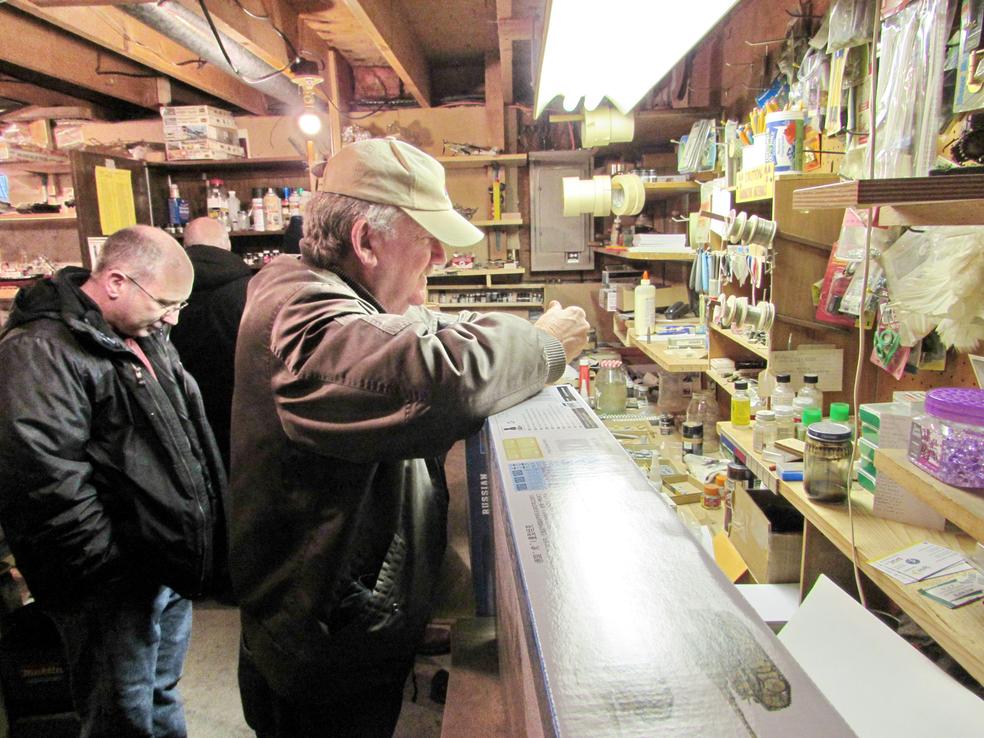 Here is Dan’s model of the USCG cutter Raritan.  Dan served aboard this ship for four years including the night the Edmund Fitzgerald went down. 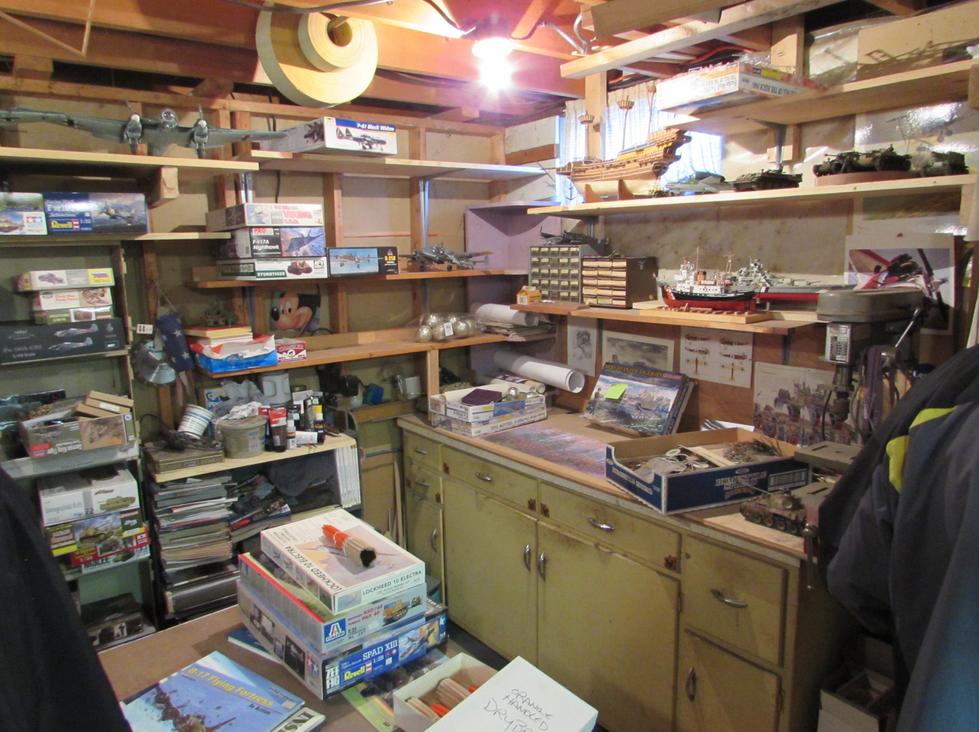 In this photo, Darrin, Mark, and Bill…with nephew Dwight looking on, are all asking the question…what the heck are these?  ;-)  (Yeah, yeah…my nephew is good looking…I still think he was adopted.) 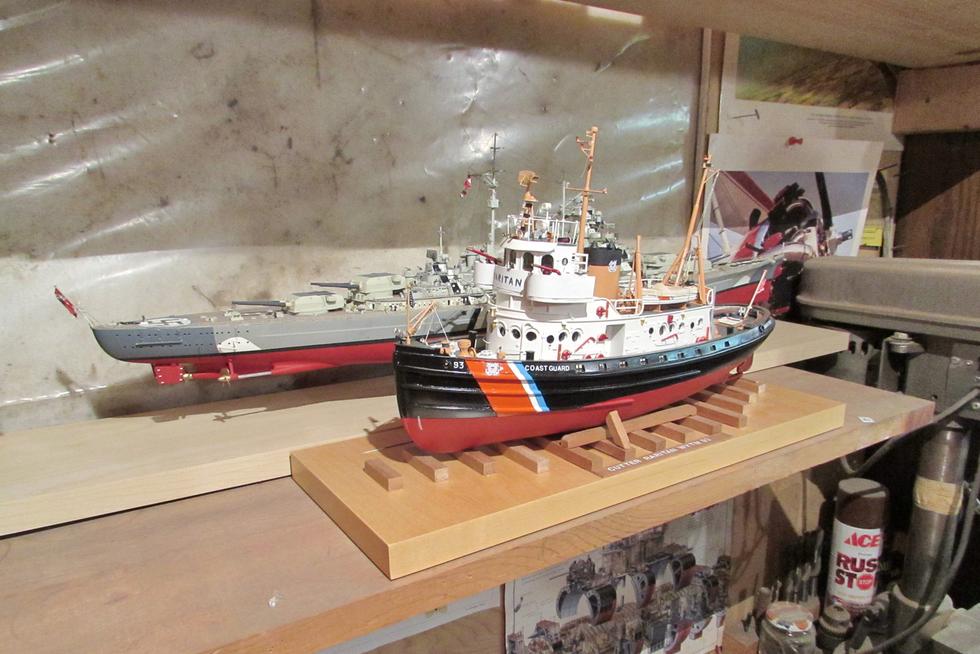 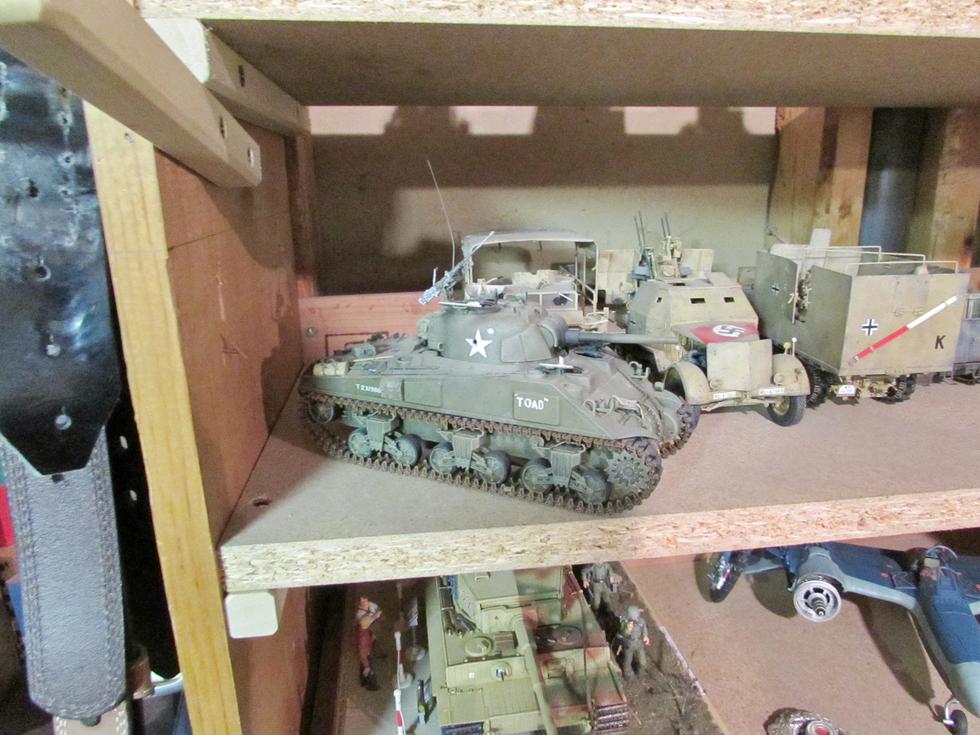 Many members had either forgotten or had never seen Dan’s (only?) foray into American armor.  I guess he figured that was enough!  ;-) 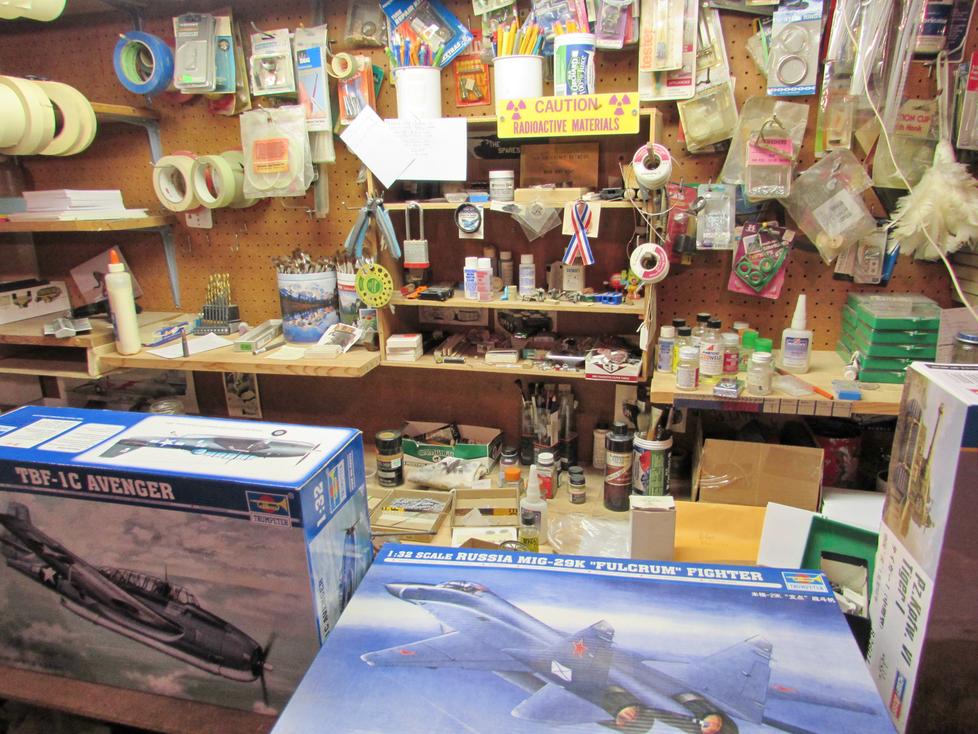 Big Daddy Bridenstein is looking over some of Dan’s modeling supplies.  Dan sure did a heck of a lot in a small space!! 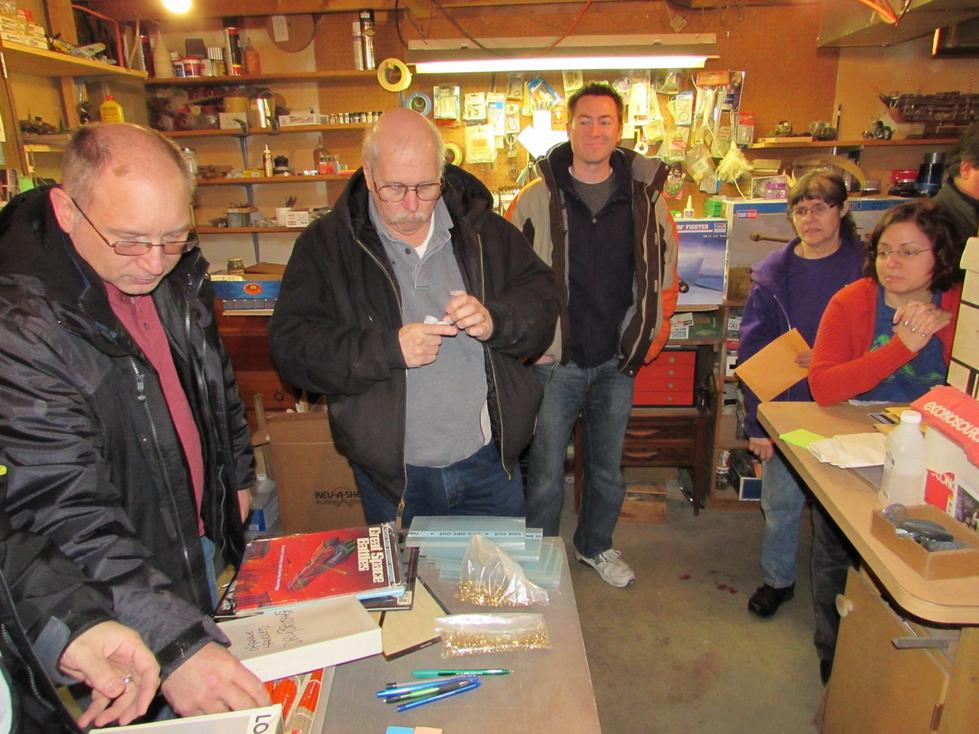 Here is another shot of Dan’s work area.

Looking through the goodies.  Judy and Holly are on the right. 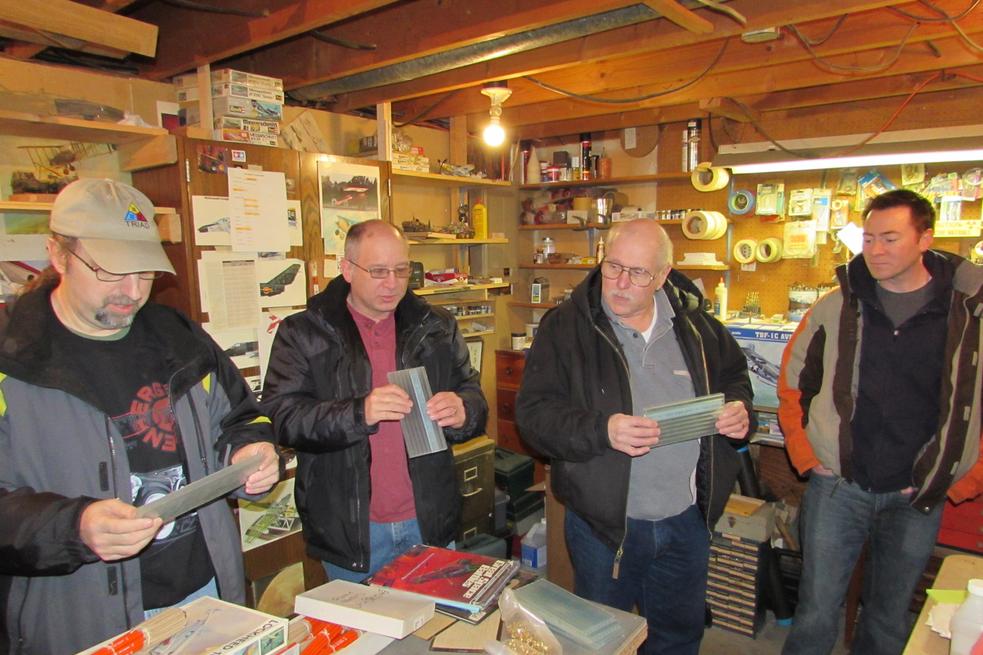 Over a dozen members (while I was there) attended the Jayne Open House.  The Jaynes were gracious hosts and encouraged us to purchase as many of Dan’s goodies as we wanted.  My nephew, Dwight, purchased Dan’s fabulous Back to the Future Delorean.  Many kits, modeling supplies, and some models were purchased.  The family will keep many of Dan’s models while his military cutaways will be offered to various museums.  Let’s hope they all find good homes.
Here it is…Dan’s workshop…where the Master Modeler created his masterpieces.