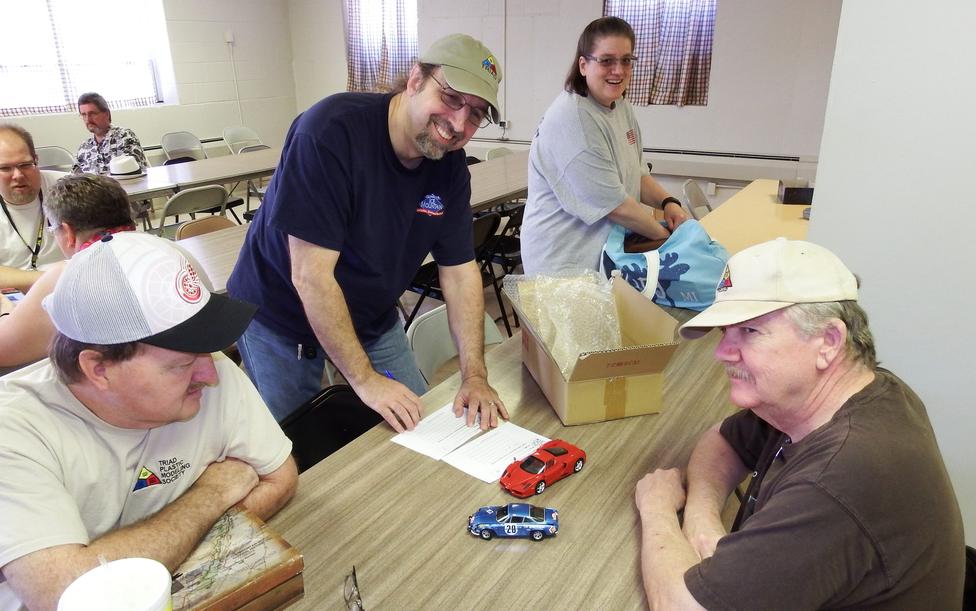 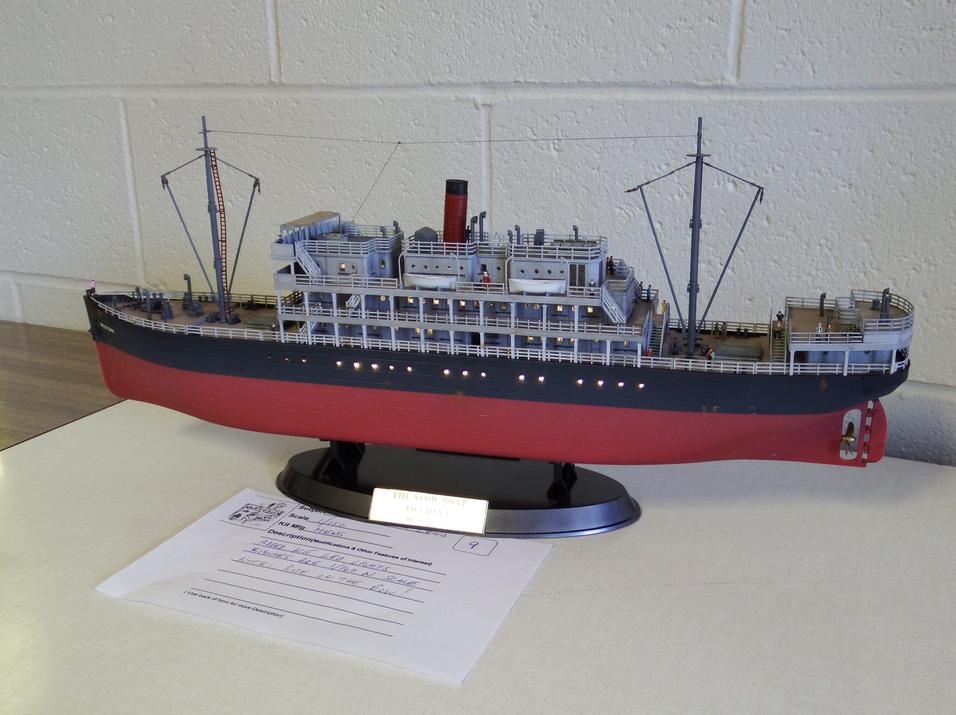 Here is Darrin Watts writing up his two cars…with his wife in the background, and the second photo is of his two cars.  The rally car was fantastic!  Note Jerry's evil eye! 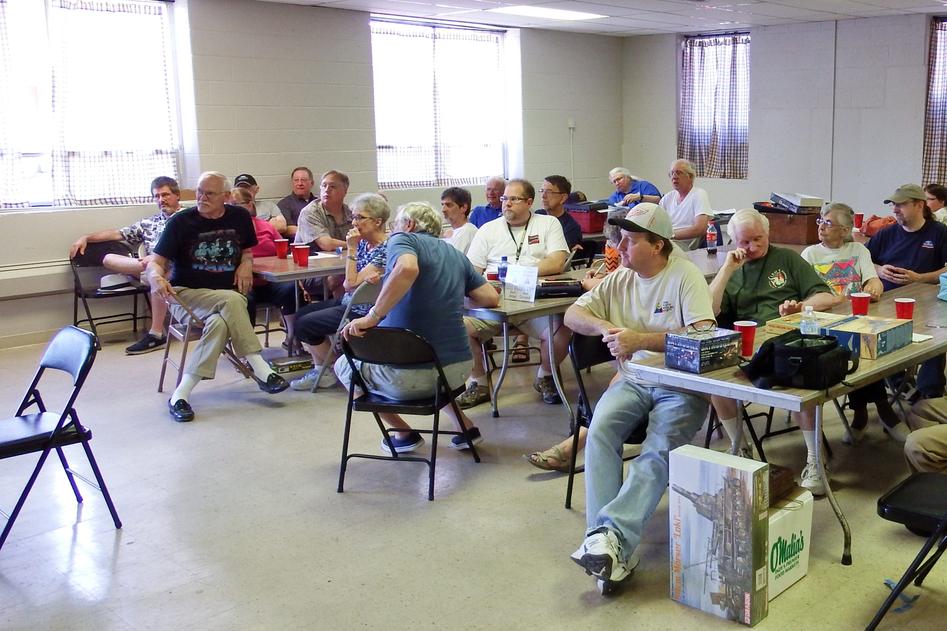 This last shot was taken during the awards ceremony.  Oh the shame and humiliation.  Oh well, at least we don’t have to host next year’s contest!!  ;-) 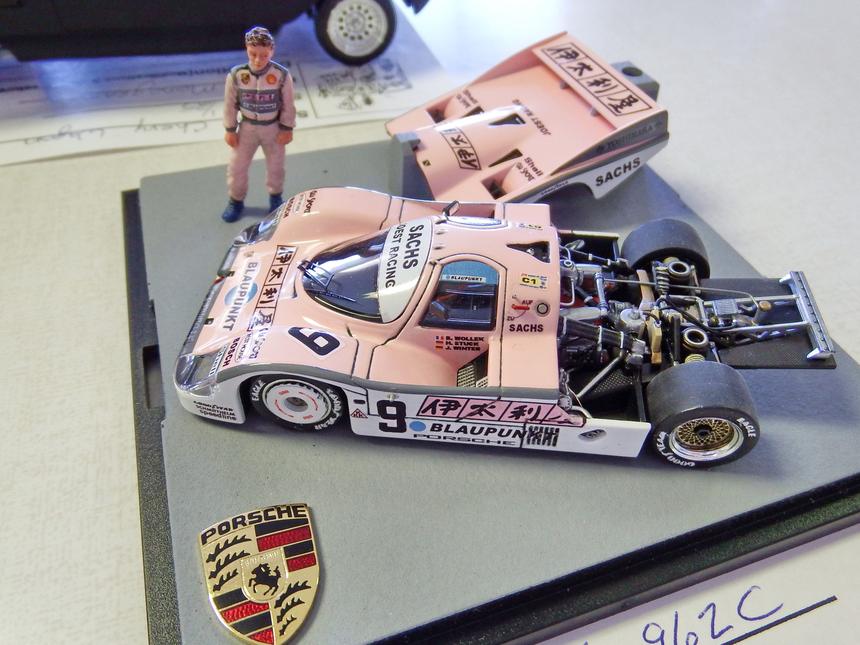 The good news is, and we don’t know why, the temperature in the contest room was quite comfortable.  Weird…but we weren’t complaining.  Members attending were JR, Jerry B, Darin Watts, Tom Bauer, and myself.  Way down from past years.  We got our butts kicked but we had a good time with lots of laughs.  The food was good and we all won raffle kits.

Here is Big Daddy registering his two awesome British WWI tanks.  I like to catch him off guard! 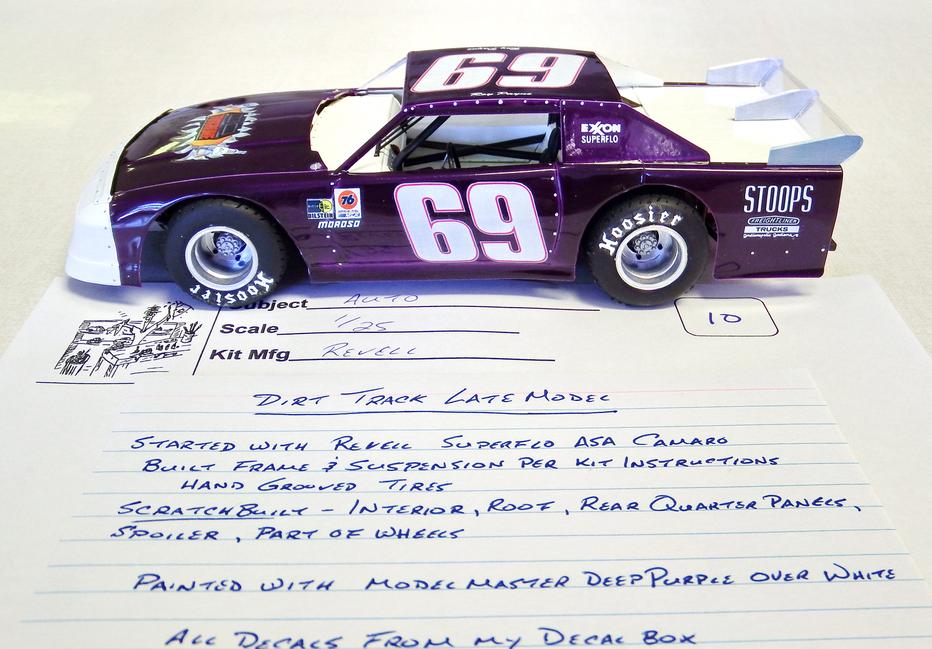 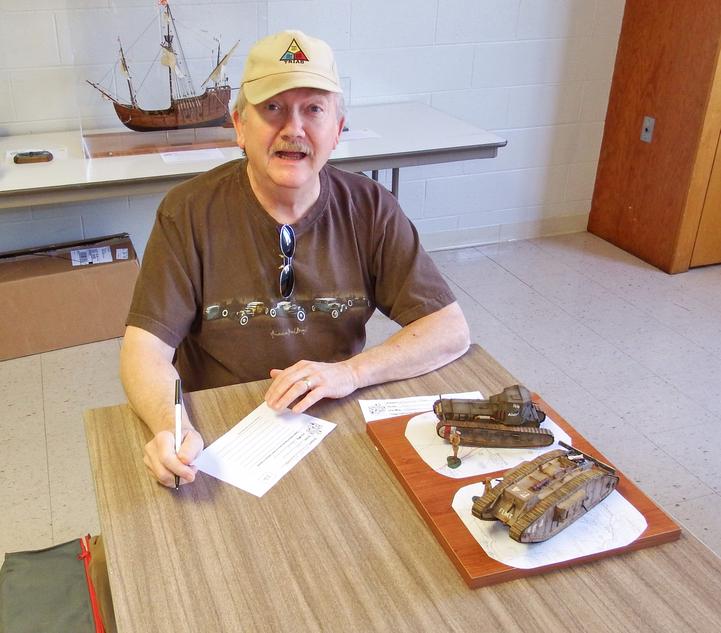 Here is JR’s entry…a real beauty but he didn’t have his latest dirt track creation ready in time for the contest.

Next up are the winning aircraft (Michael Novasad) and ship models…followed by my also ran…which was apparently taking on water. 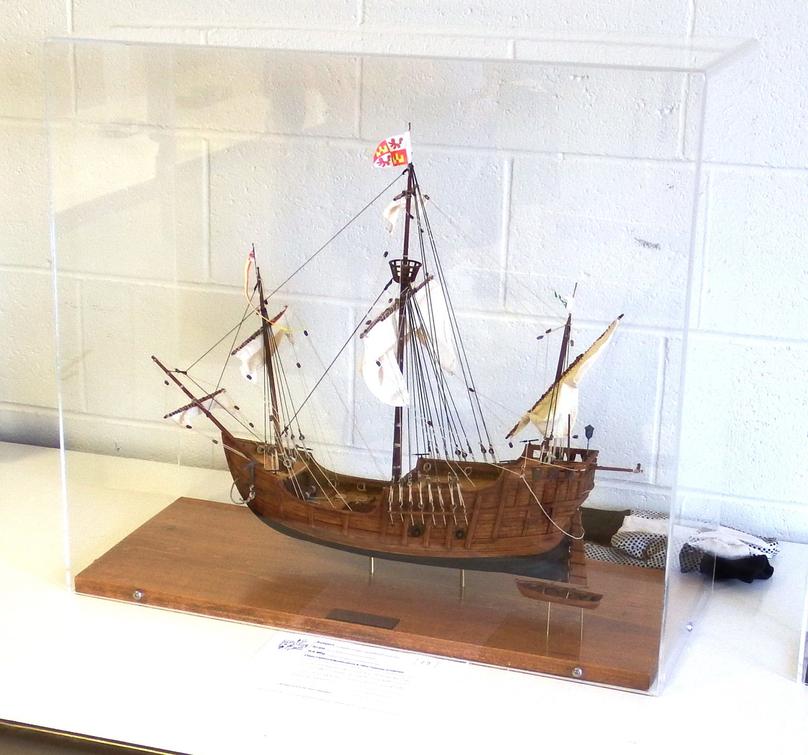 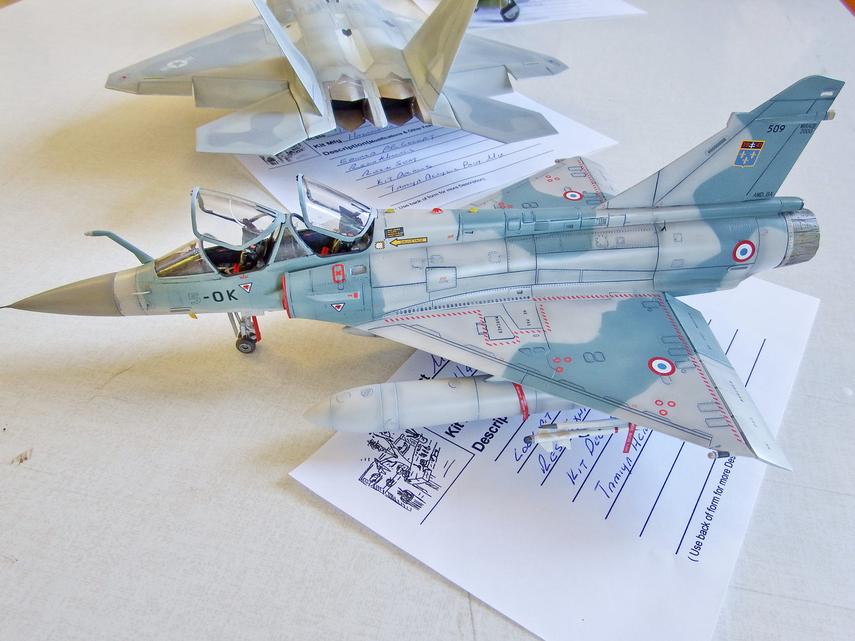 Next up is John Tinay’s winning automotive model.