See ya at the January Work Session! 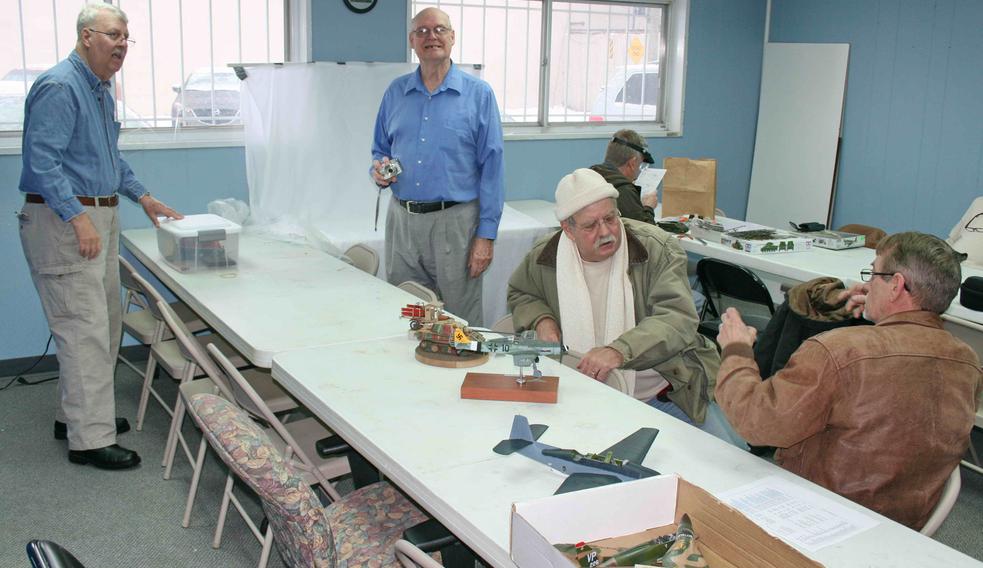 Here is a shot of Robert Jackson...sans sling!  Glad to see you getting back to normal...well...you know!  ;-) 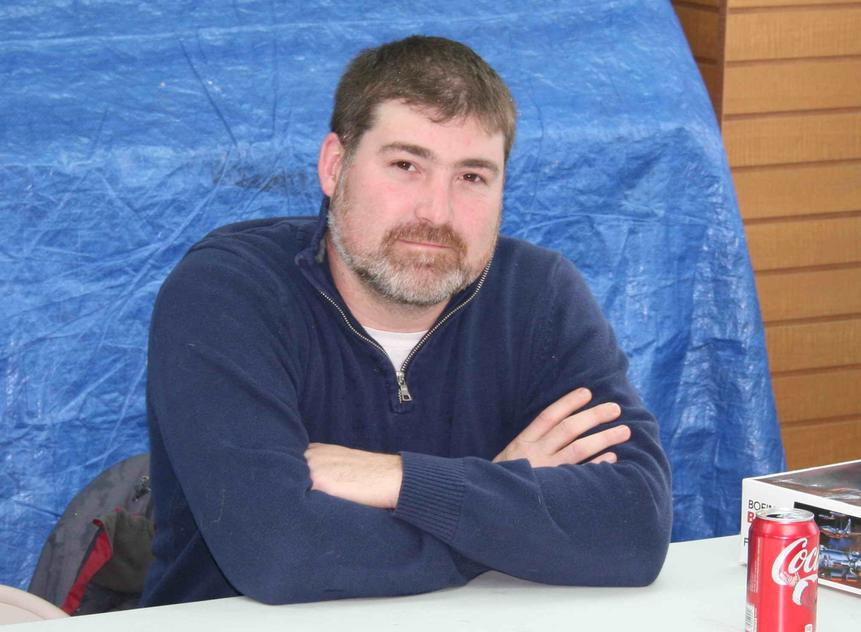 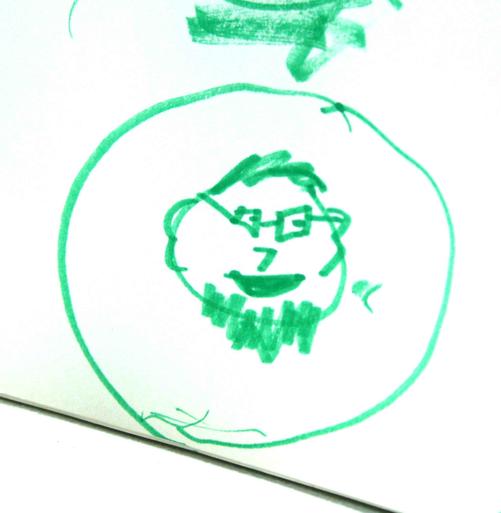 Skill level 1.55 as drawn by Camryn Burggren. I had no idea I was this handsome! 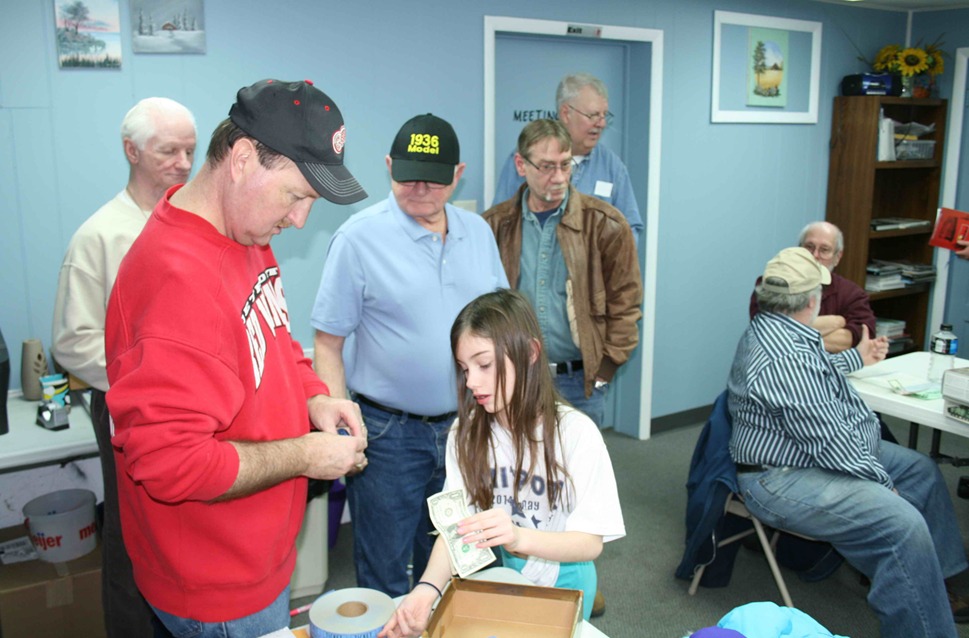 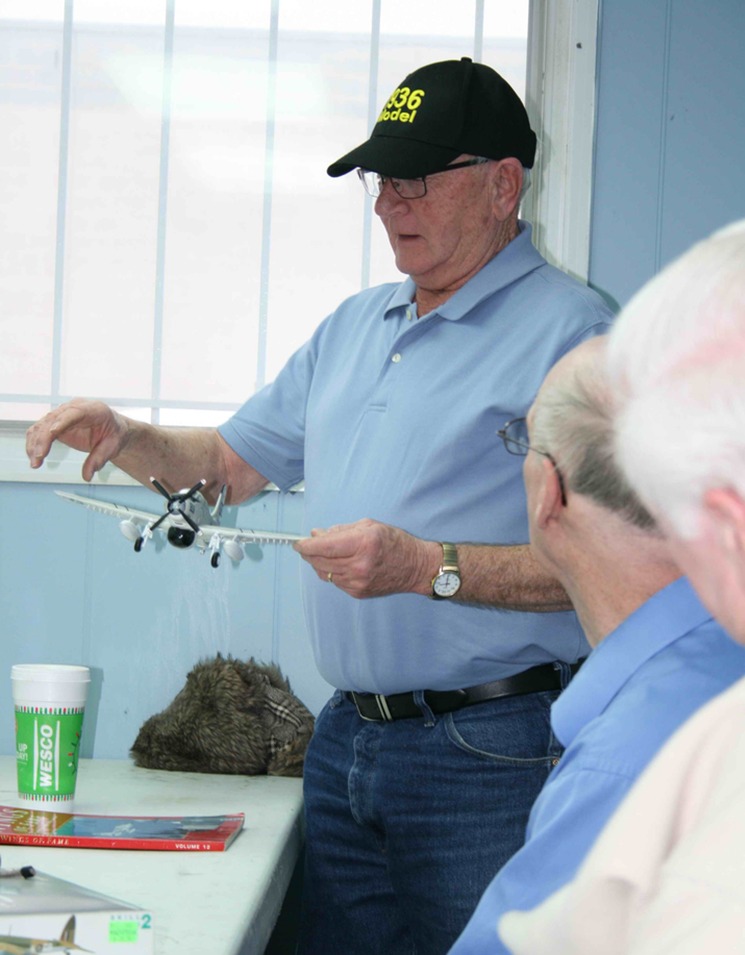 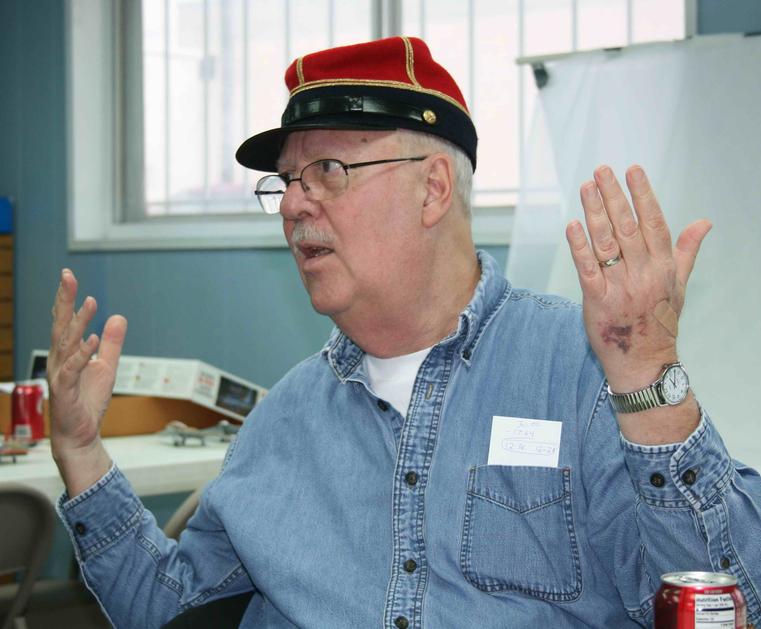 Now, Big Daddy Jerry Bridenstein is normally a most pleasant individual. We love the guy. But today, he came to the meeting in a bad mood. Maybe it was work. Maybe it was the weather. Maybe he’s had enough of the VP. Whatever the reason, he wasn’t himself. Don’t believe me? Look at this heavily edited photo! ;-) Hope you’re feeling better soon, Jerry! 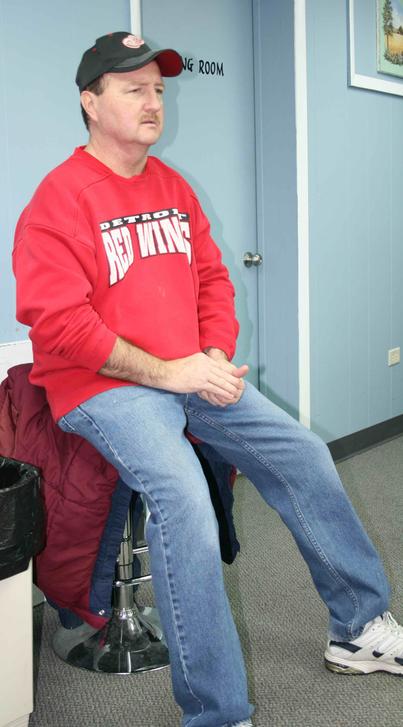 Now to the meeting photos. The first candid shot is of our President who is asking himself…did I really want to be President again?

We all know Danny Sutton is listing a little to port…but he really threw us for a loop when he brought in two German WWII flying wings. The green one is the Horton HO-229 V3 and the desert tan is the V7 model. Only the V3 flew and it flew pretty darn well. It had the same jet engine as the Me-262. The Germans were so far ahead with technology…but as Tim said, “They had management issues”! ;-) Thanks, Danny! 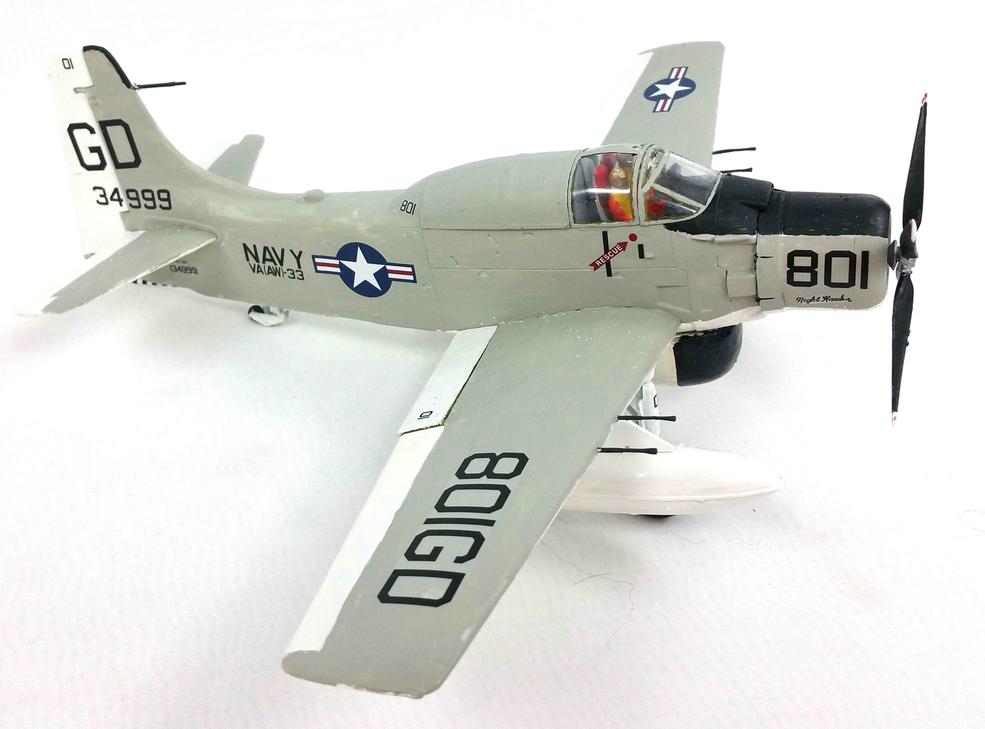 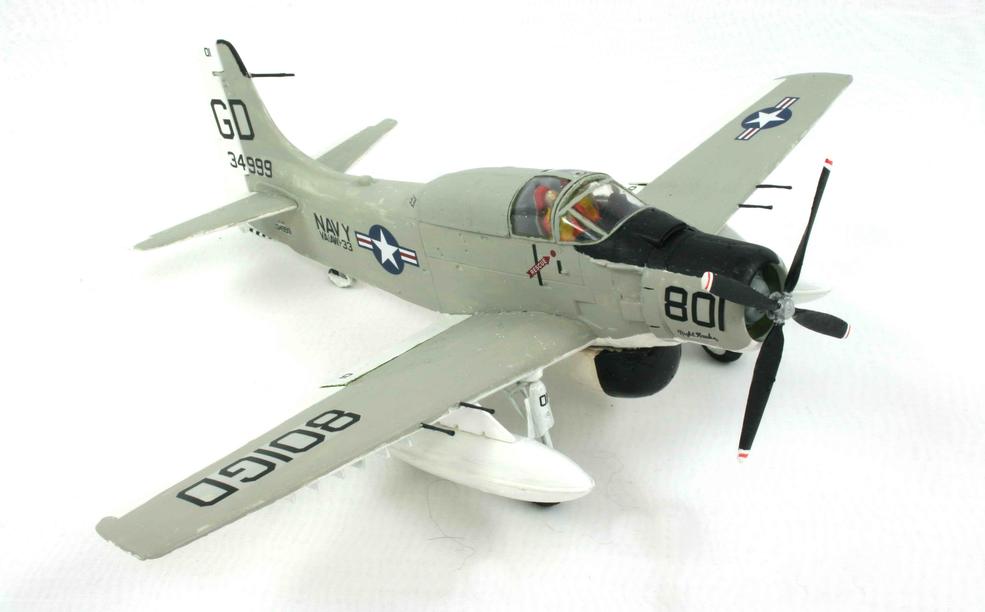 Feller Dewitt “flew” into the meeting with his very interesting Revell 1/48 AD-5 Skyraider with his custom made radome. I think he said the plane flew with a crew of four…there was a door on the side of the fuselage. This was a Korean War era setup. Feller did another great job. I am showing two photos…one taken with an SLR camera, the other with a smartphone. 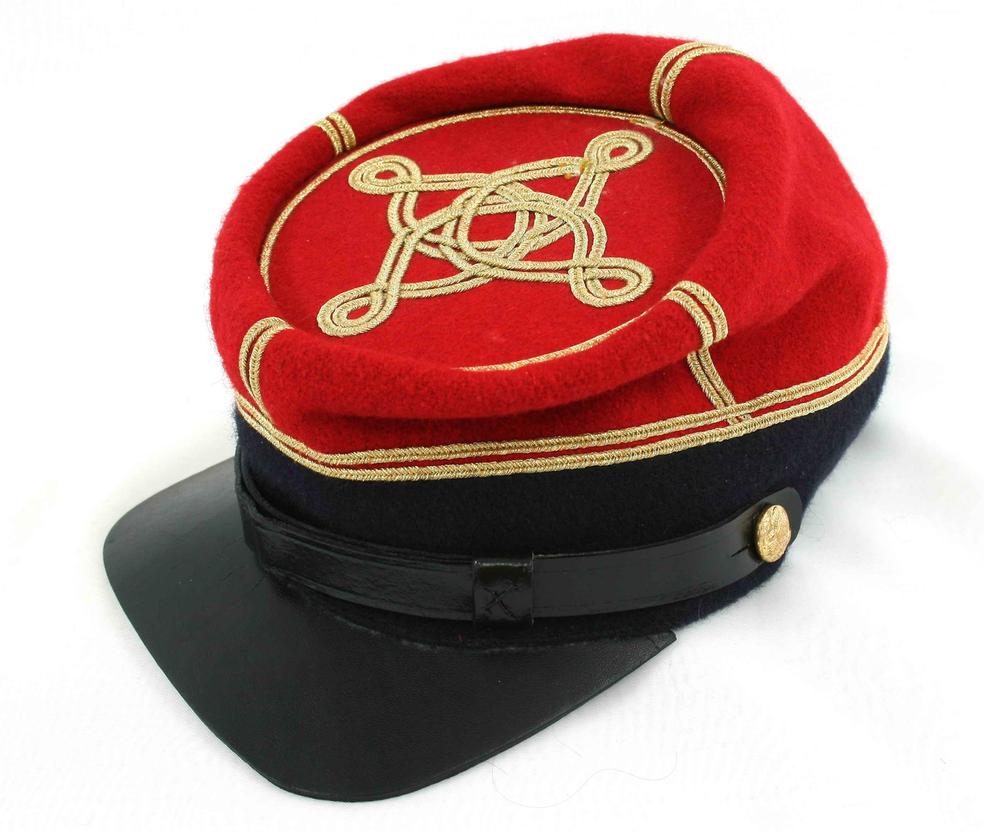 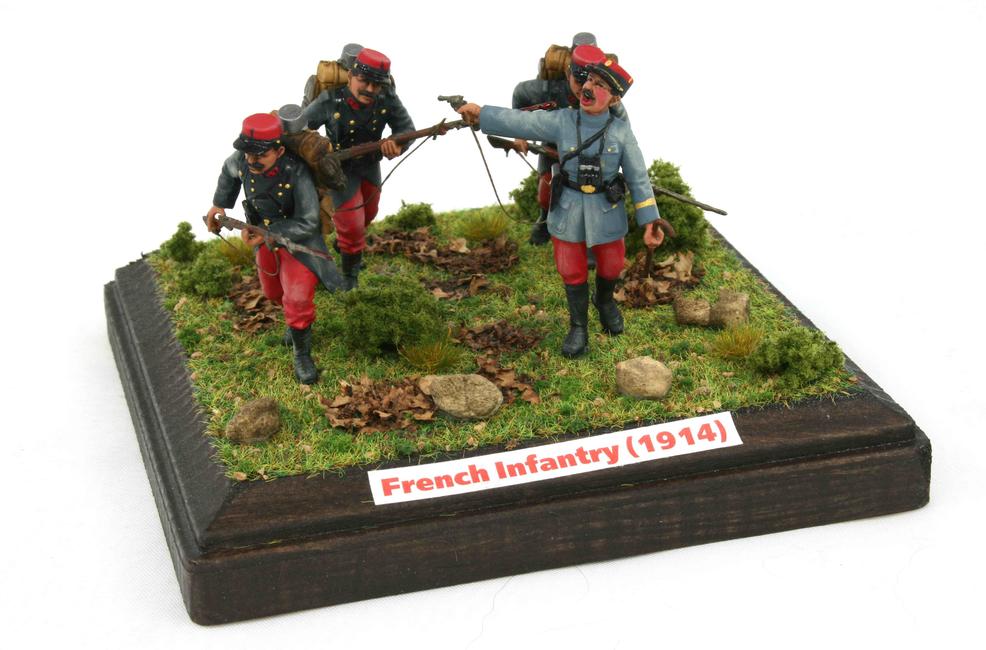 Bob Thompson said a lot of things…the only thing I can remember is that he is bringing treats to the next Work Session as it will be his birthday. Now that I can look forward to! ;-)  Bob brought in a beautifully sculpted vignette of WWI French soldiers in early uniforms…red pants and kepis. Later in 1915 they switched to horizon blue with steel helmets. The figures are from ICM. The second photo is of his repro Civil War kepi which is very similar. Thanks, Bob, and don’t skimp on the birthday treats! ;-) 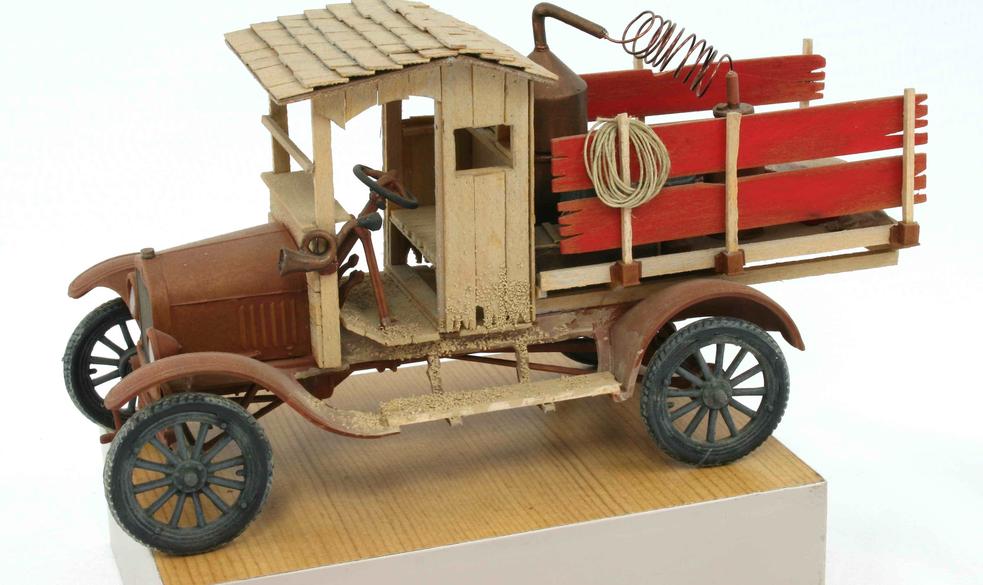 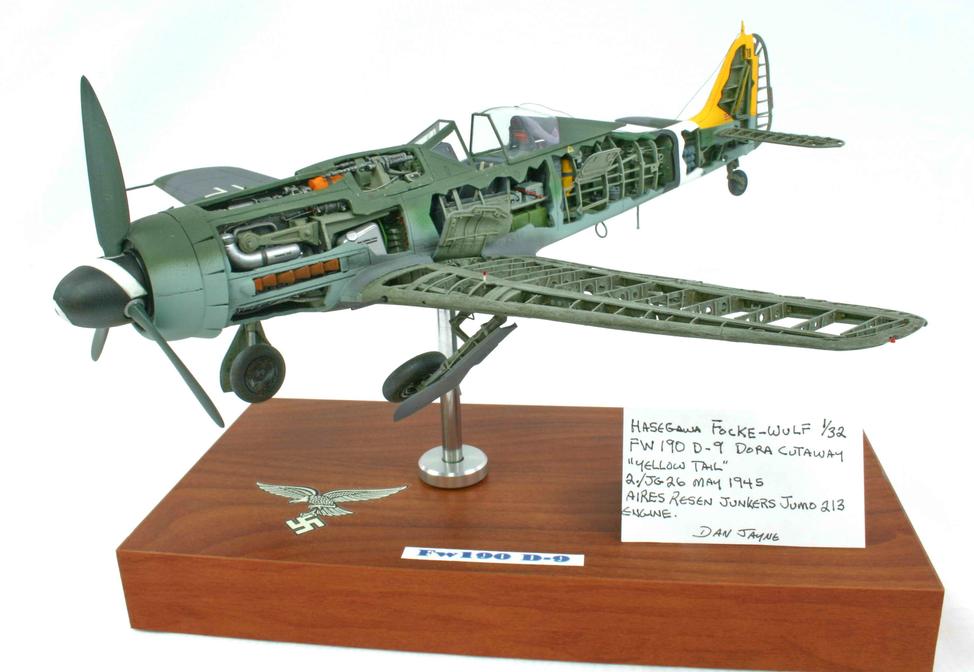 Let’s get this over with. Let’s give a big round of applause to our returning hero, Danny Jayne. In his absence, he built another 1/32 aircraft cutaway. This is his Hasegawa FW-190D-9 complete with a scratchbuilt interior, control surfaces, machine guns and cannons and so much more. He used an Aires resin Jumo 213 engine. It took six months to build and I should be taking photos in the near future for submission to FSM. When Dan was finished describing his masterpiece, I boldly stated that I’ve done better. To which our President blurted out, “Yeah, and then you woke up.” Sometimes the truth can hurt. Next is his Trumpeter E-75 Standardpanzer which I have never heard of and suspect Dan made the whole thing up. Check out the length of that barrel! Dan used one piece tracks…what the hey?  Well, he is getting older…. ;-)  And then we have his version of a hillbilly moonshine pickup truck.  Lots of basswood and balsa used. What a guy. What creative and modeling talent. I think I’m back to hating him again…. 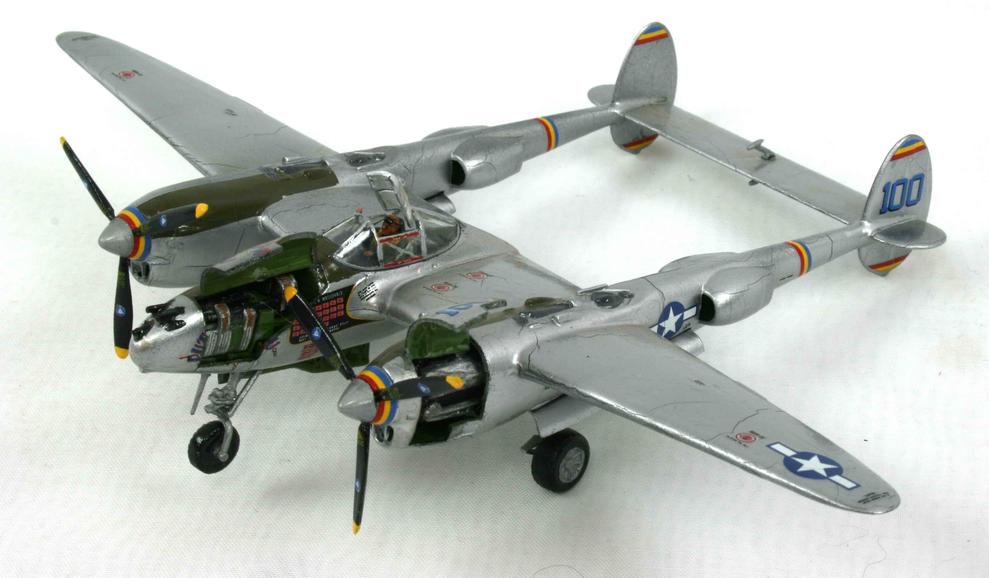 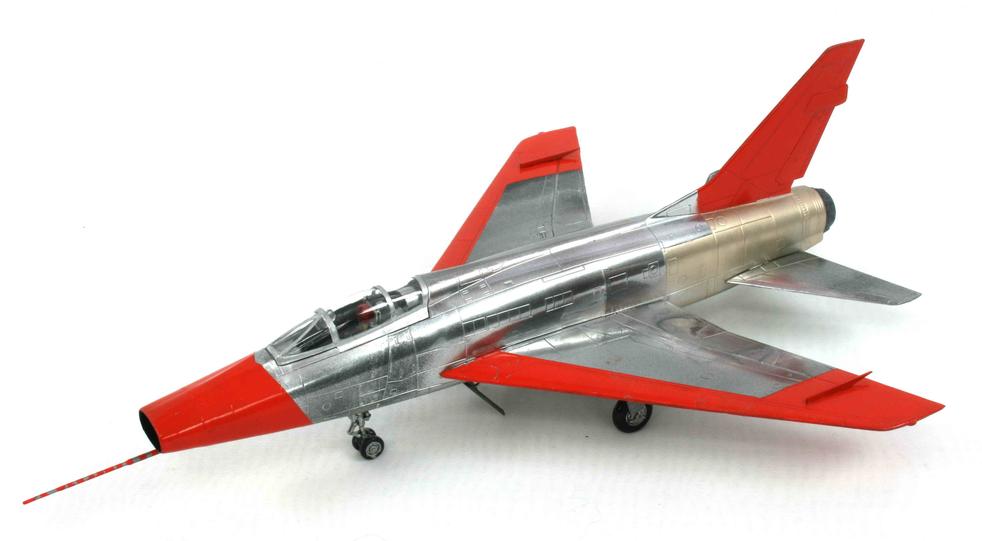 We have to start locking the meeting room door!! Some guy just walked in off the street (West Olive, actually), sits down and makes himself at home, and the next thing we know we have a new member! So please welcome Adam Crowe who usually builds 1/72 aircraft. The first photo is of his X-15 with a miniature Scott Crossfield. The next photo is his F-100D beautifully painted in Alclad chrome. And lastly, his P-38 which he said was mostly carved out of putty! And he suggests you don’t spray Alclad over Future. Welcome, Adam! I apologize ahead of time about Bob. And Al. And Dan And Jerry. Well, just about everybody but me….