See ya at the August S&T! 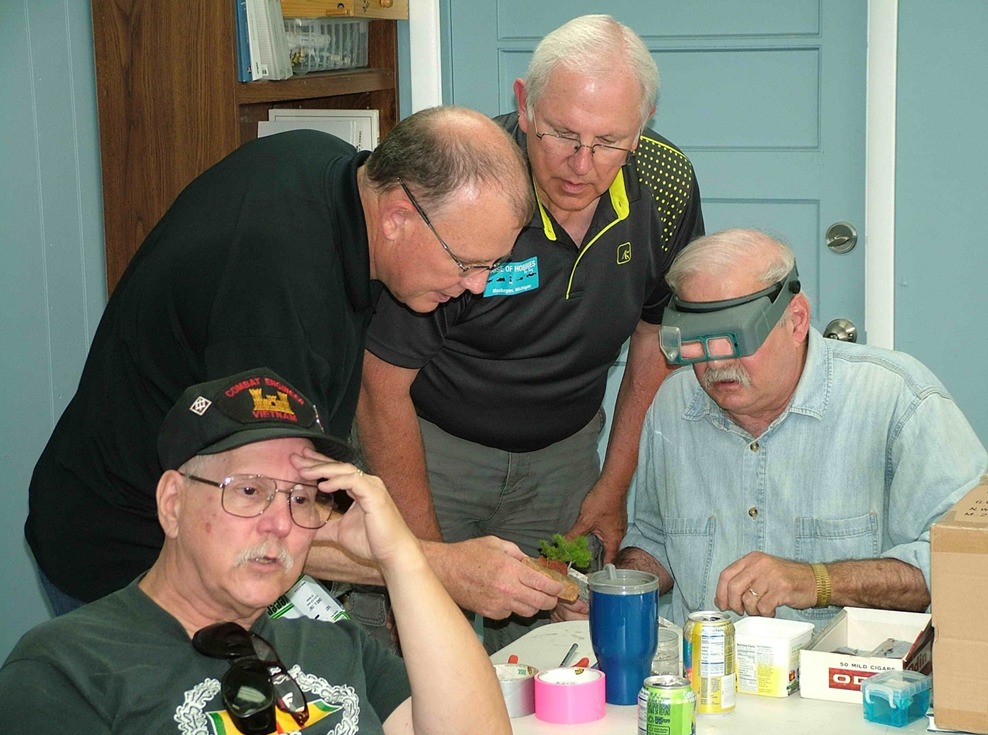 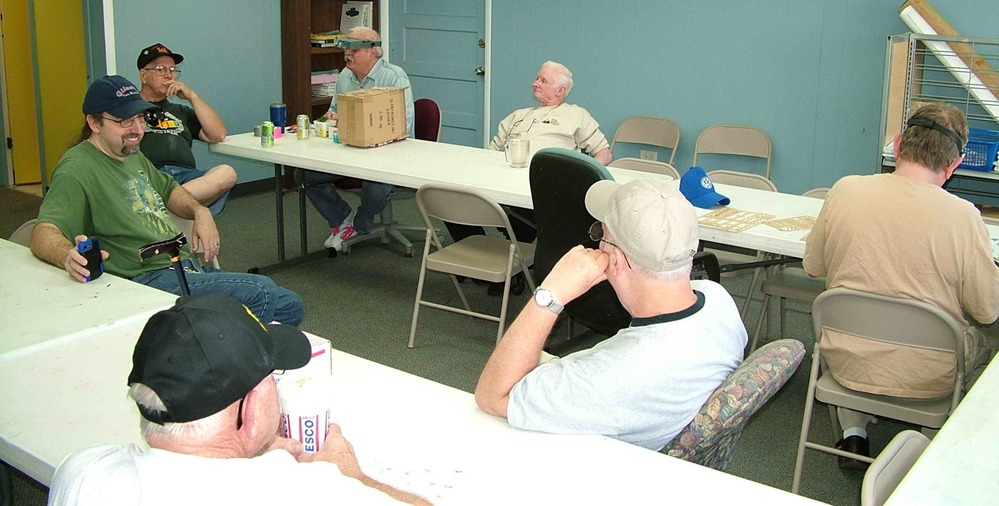 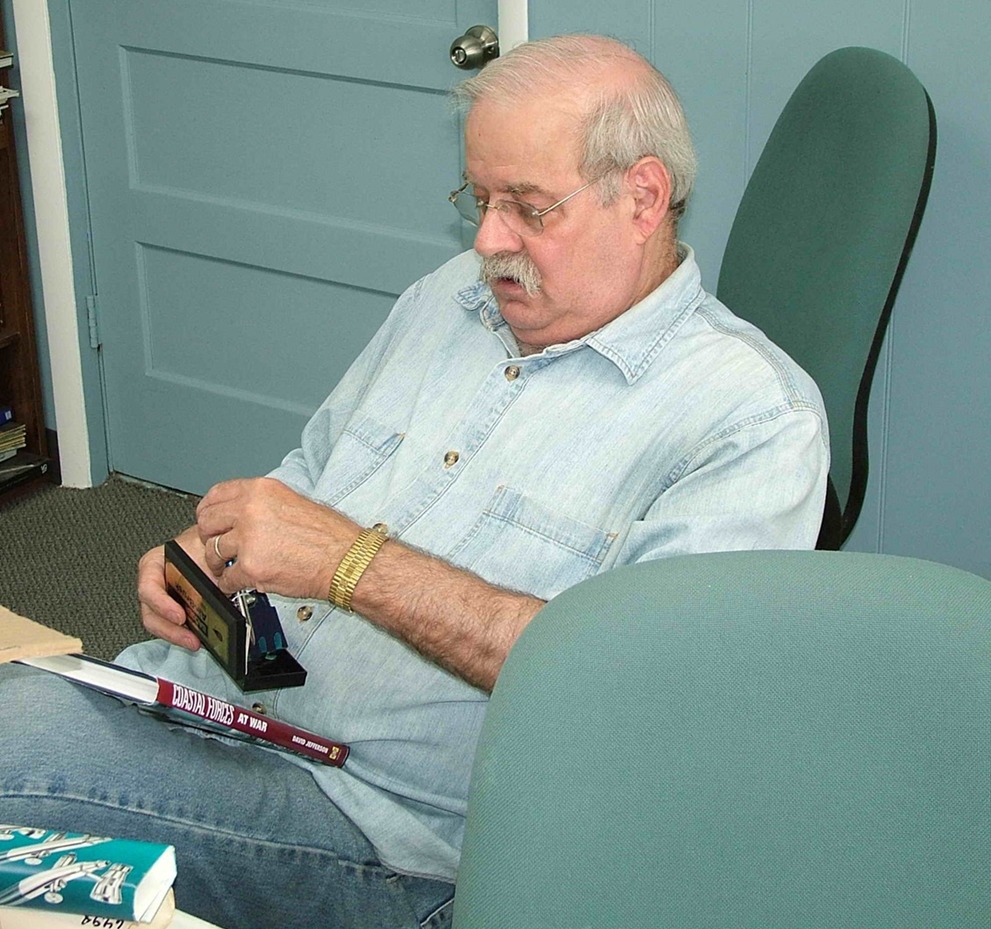 Here are a few more shots of the guys solving the world’s problems…one model at a time! 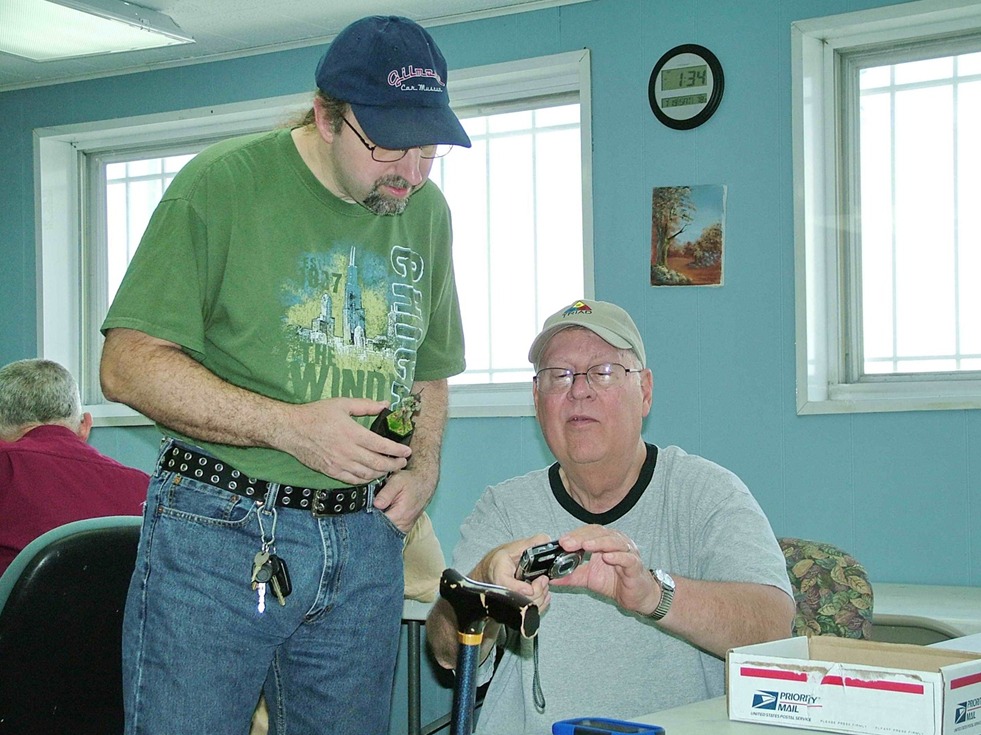 Brad Hicks gave a U.S. Army figure to Bob Thompson and Bob has just completed painting, weathering, and adding scenery.  It turned out great.  My favorite feature, which has Bob dumbfounded, is the “US” that he added with a .005” Micron marker.  It was perfect.  Bob is a retired artist but he’s still got the touch!  You can see the figure in Darrin’s hand.  He also did a great job on the eyes.  Look for this figure at the August S&T.

You ready for this?  See the guy in the far back corner?  Yeah, that’s calm, mild mannered Feller Dewitt.  He enjoys bird watching and building models.  In a former life, he also enjoyed skydiving…176 times to be exact!  I always thought he was just a nice guy…I didn’t know he used to be crazy!  ;-) 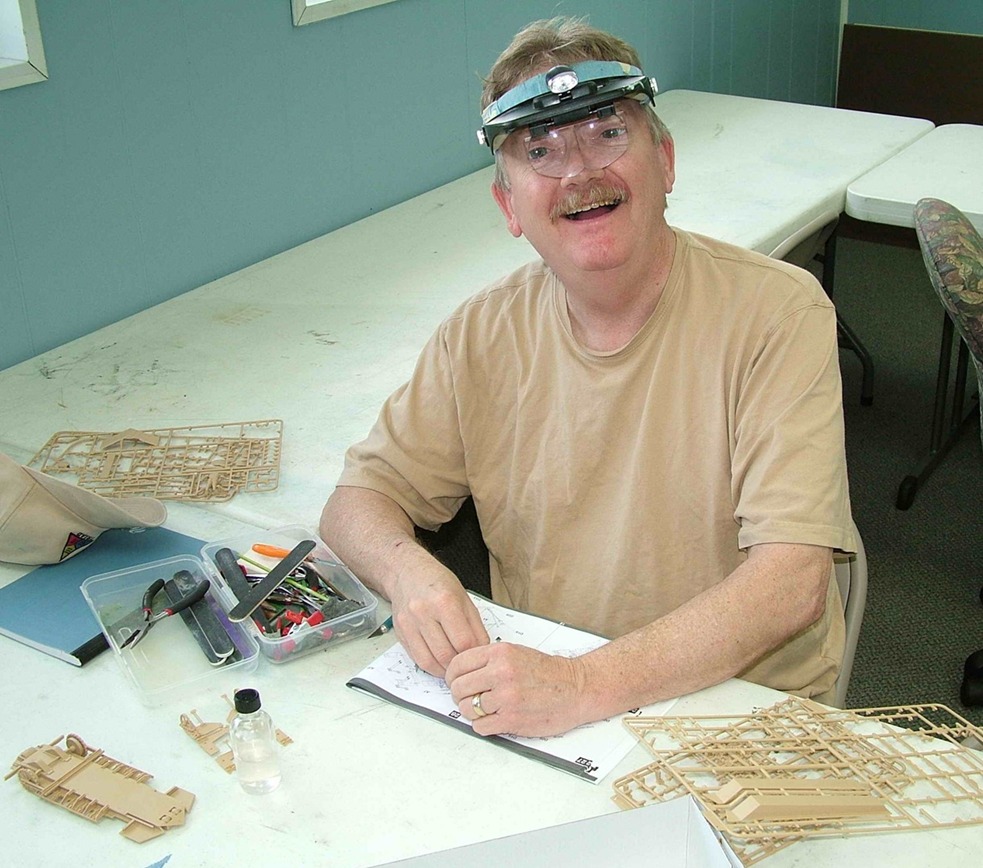 OK, OK…Jerry Bridenstein wasn’t high on Tenax…I guess he was just happy to see me!  Jerry was the only member working on a model and it is Takom’s 1/35 French WWI heavy tank/tracked assault gun.  As Jerry said, the real vehicle was an accident waiting to happen.  But the 75mm gun was a good one and how about this for innovation: the gas engine powered a generator which in turn powered electric drive motors.  Hmmmm….