Stan Carrier was the only member actually working on a model.  The rest of us sat around and gave Stan a lot of worthless advice.  He was smart to ignore us….
The VP reported that he had renewed our five year contract with GoDaddy for our TRIAD website.  Depending on the number of active dues paying members, we should be able to pay off this cost in four years and have the fifth year dues free.
JR told us his employer is moving the business to North Carolina.  I think he saw the disappointment on our faces when he said he was staying here…..
As usual, there were the customary insults bouncing around.  The VP once again apologizes for his behavior….
Here are two photos…so good to see Feller again. He just went through cataract surgery but things did not go well apparently…he said I didn’t look any better than before the surgery.  I don’t like Feller as much as I once did…. 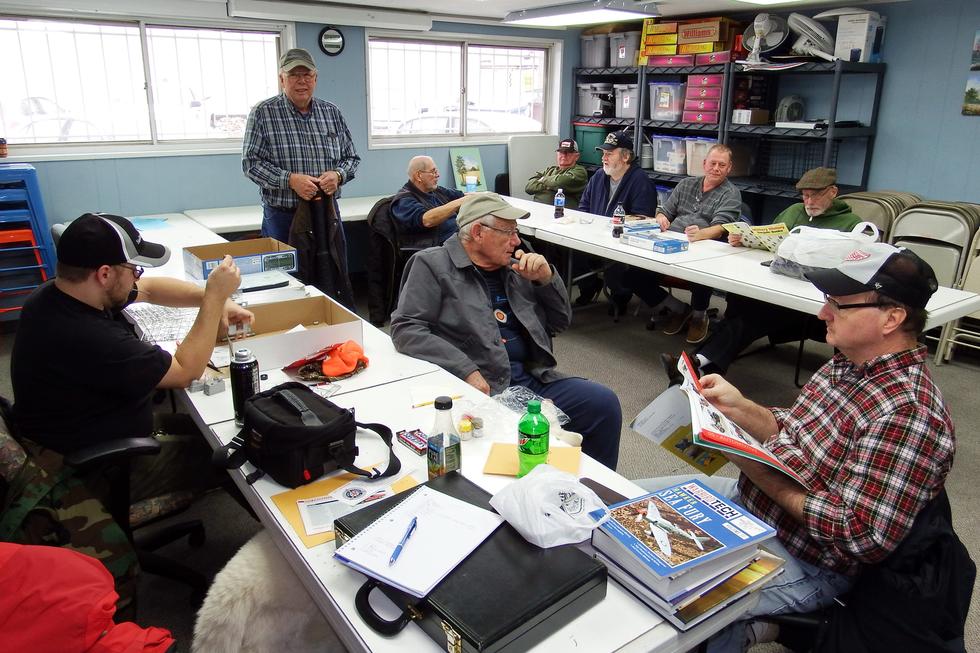 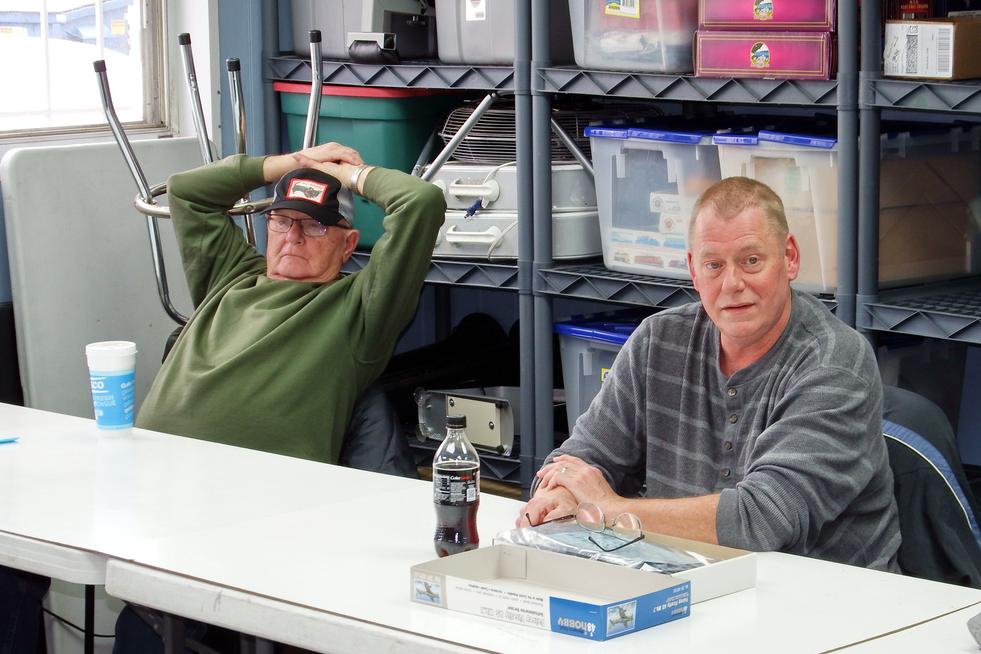