Doug Seekman's back with two more awesome models: This is the 1/48 revell F-86D "sabre dog". Painted with model master chrome silver, olive drab and others. Kit decals. Weathered with Tamiya panel wash. Lots of parts to this one. Nice kit. 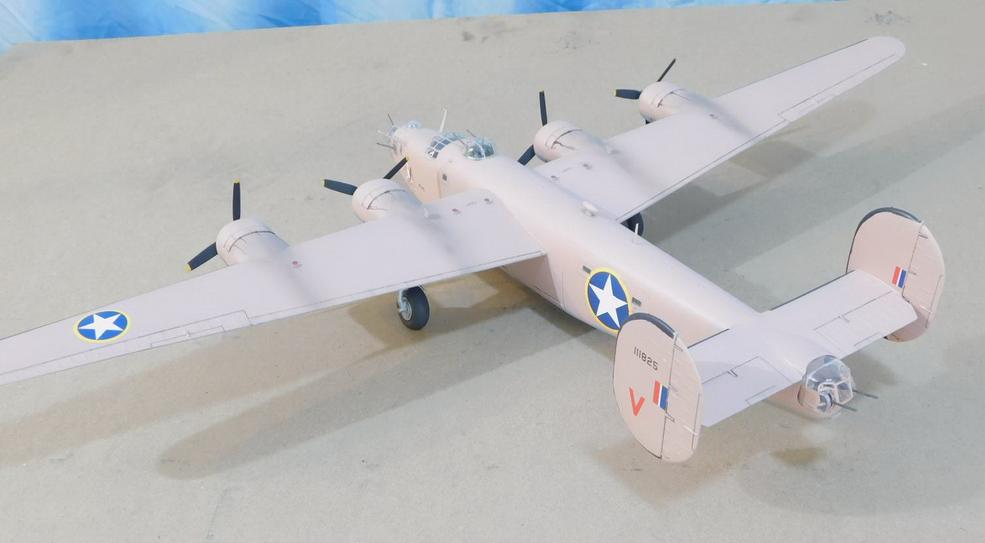 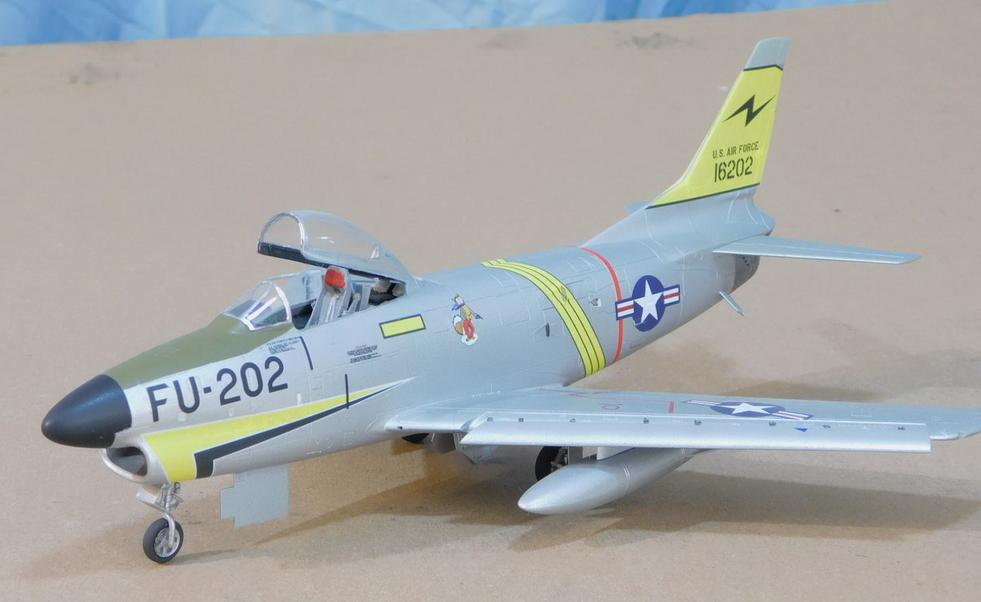 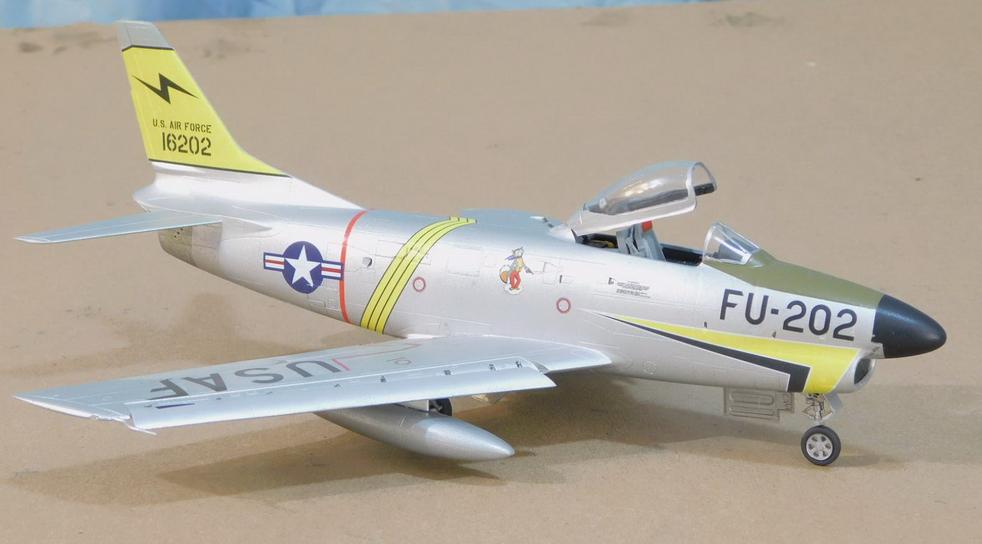 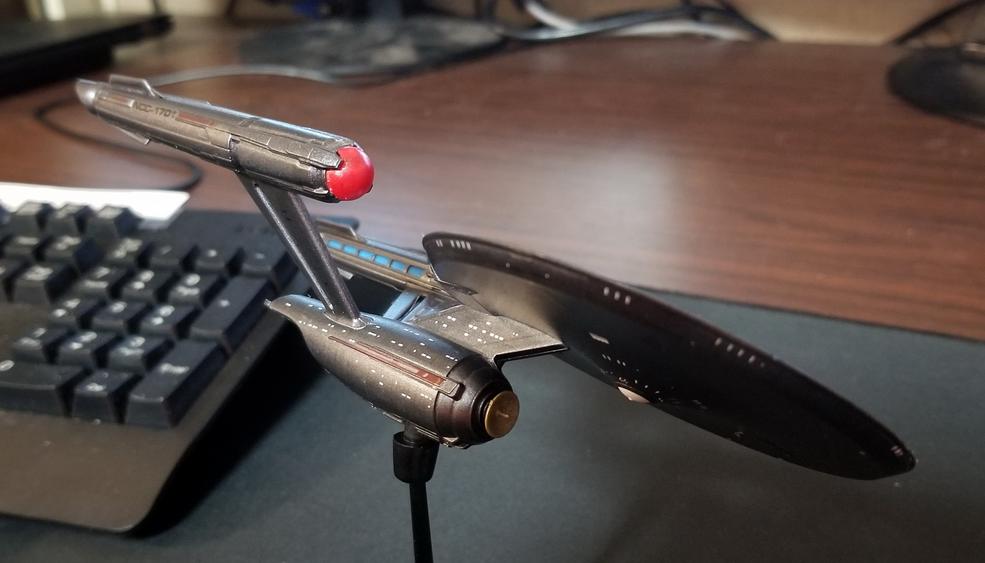 Adam Burns has this to say: This is a 69 Chevy nova yenko used the usual stuff thin set and super glue, paint used wicked colors and tamiya acrylics 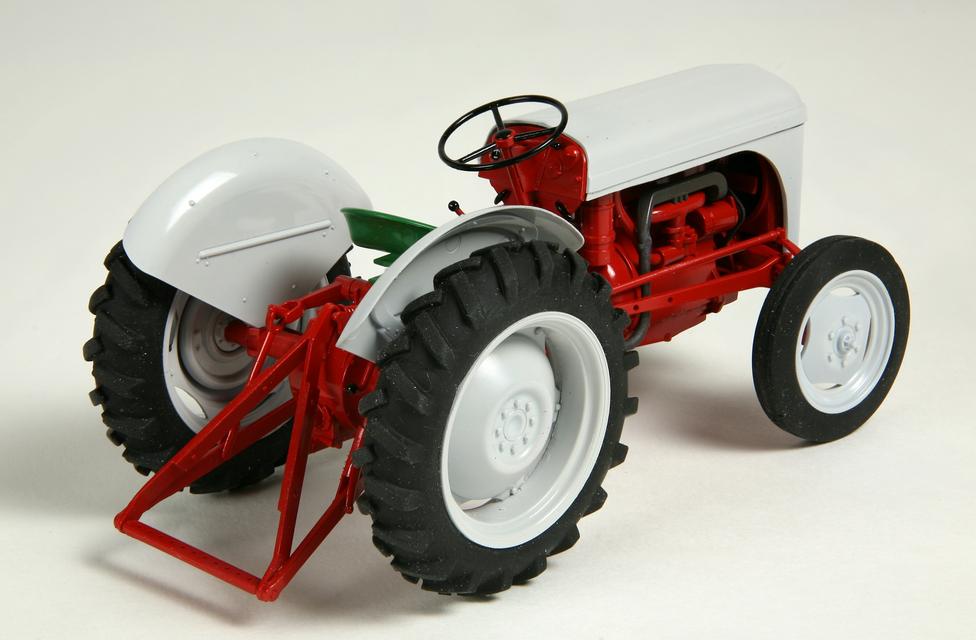 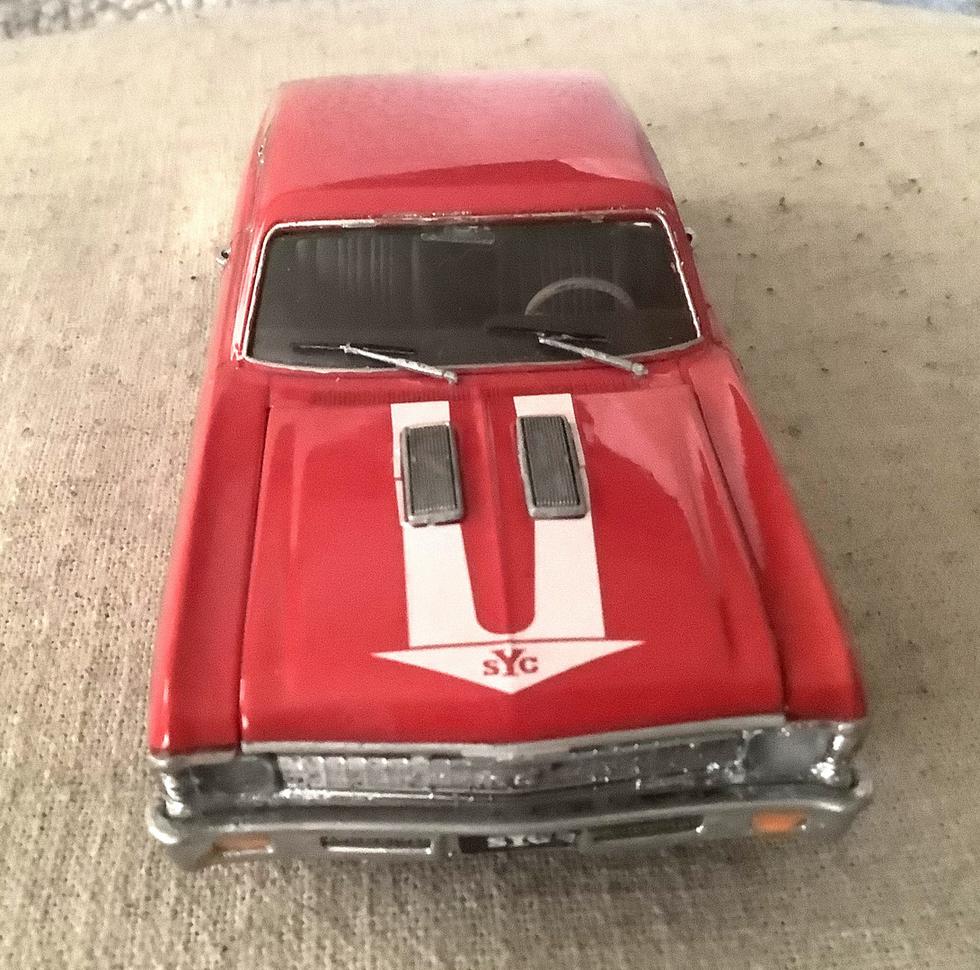 Oh, great, skill level 1.55 is back with even more verbiage:
Kit: Heller #81401 Ferguson TE-20 or FF-30 tractor
Scale: 1/24
History: Harry Ferguson invented the three-point hitch.  In 1936, he started building tractors and in 1939 partnered with Henry Ford.  Over 300,000 Ford-Fergusons were sold until 1947.  Looks like a Ford tractor!
Kit comments: Most fits excellent, some fits worst I’ve ever seen.  Decals lousy.  Instructions poor…wrong part numbers called out…some parts backward from instructions (maybe they called out the wrong PN’s?)  Part orientation in drawings sometimes impossible to discern but unlike good kit makers, the next drawing step doesn’t show the assembled part.  Some steps have you gluing three parts together in thin air.  Next step has you glue the assembly in place…which you probably would have glued in the wrong orientation because there was nothing to go on.  So, you try and glue the parts together one by one so you have a chance that the last part lines up where it is supposed to go!  Had optional headlights but they were so bad I didn’t use them.  Box art doesn’t have headlights.
Construction: Couldn’t decide if I wanted to build the TE-20 or the FF-30 so I built a combination!  Probably should have wired it…but figured I would make a mess of things.
Paint: Gunze Mr. Color lacquer, Tamiya, Vallejo, Floquil
All in all, pretty cool looking.  Will create a little vignette this coming week.  Hope you like it Mr. George!

Doug's second model: This is the 1/48 revell B-24D liberator. Painted with a mix of model master sand, red, and dark tan to replicate "desert pink". Decals from aeromaster representing an aircraft from the 93rd bomb group; a unit involved in the Ploesti raid on August 17, 1943. Aircraft from the group commander John Kane, who received the medal of honor for this mission. Aircraft was named "hail Columbia". Weathered w/ Tamiya smoke to represent oil and exhaust stains; Tamiya panel wash for oil leaks and such. Had fun doing this one. 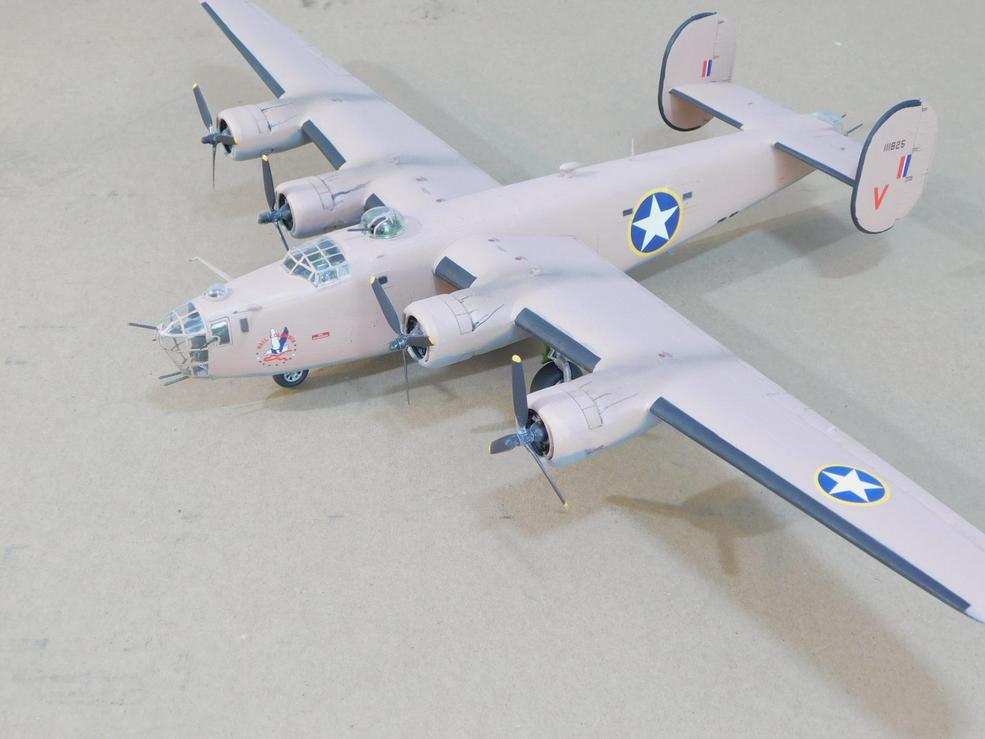 Let’s plunge right in with Stan Carrier: Here's the model for this week. The Star trek Discovery USS Enterprise. I built this for my desk at work. It says it is 1/2500th scale, I dont believe them. Wallpaper decals are better than other kits I've tried. 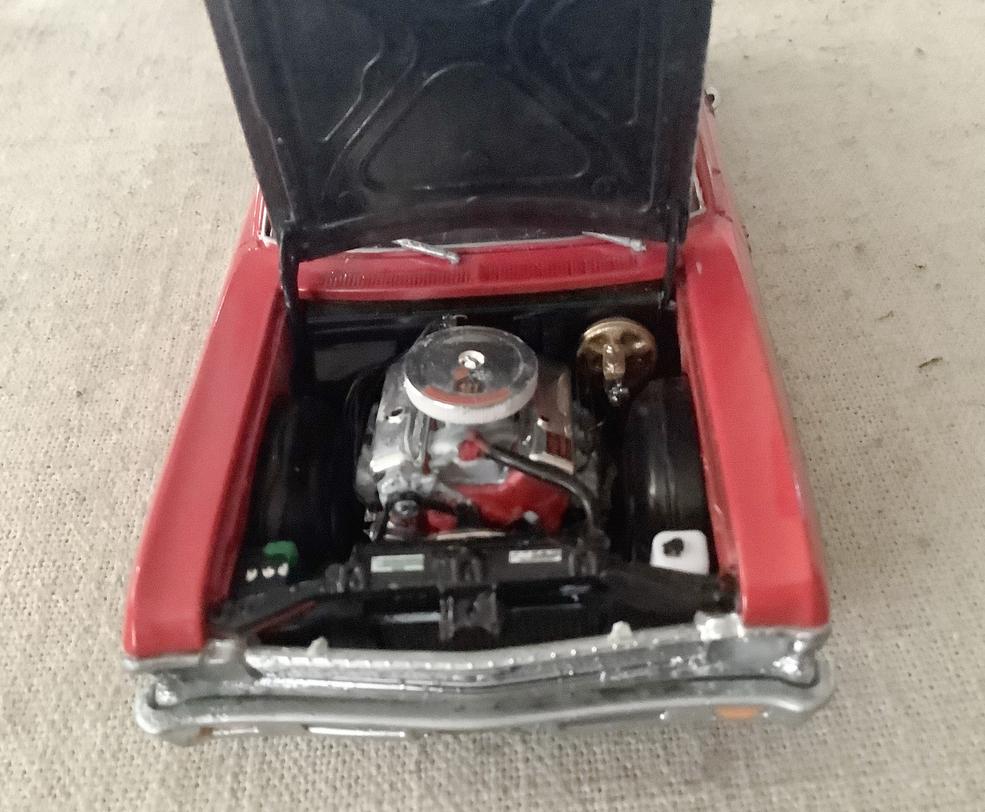 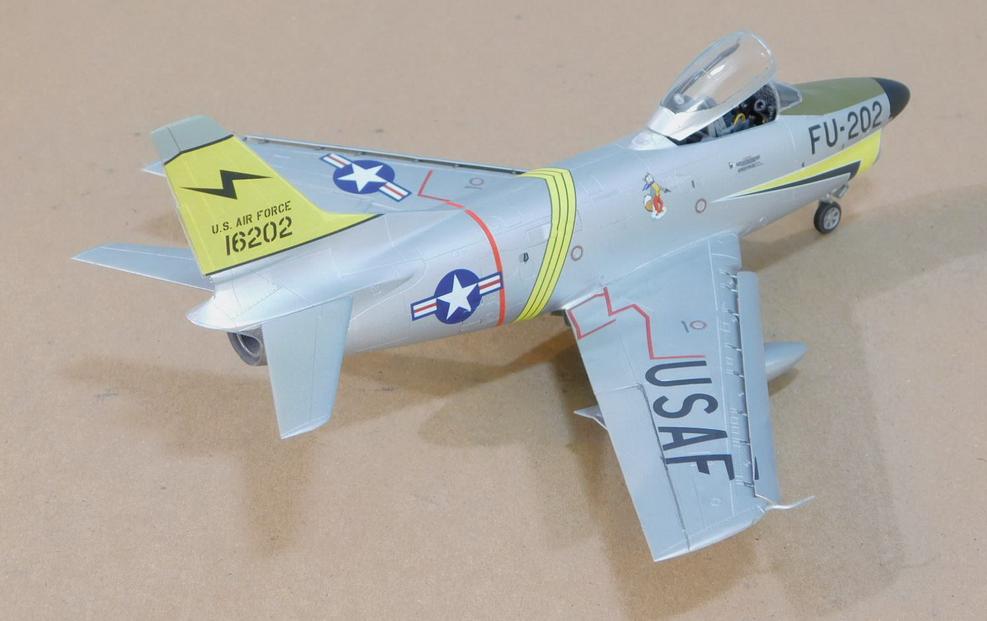 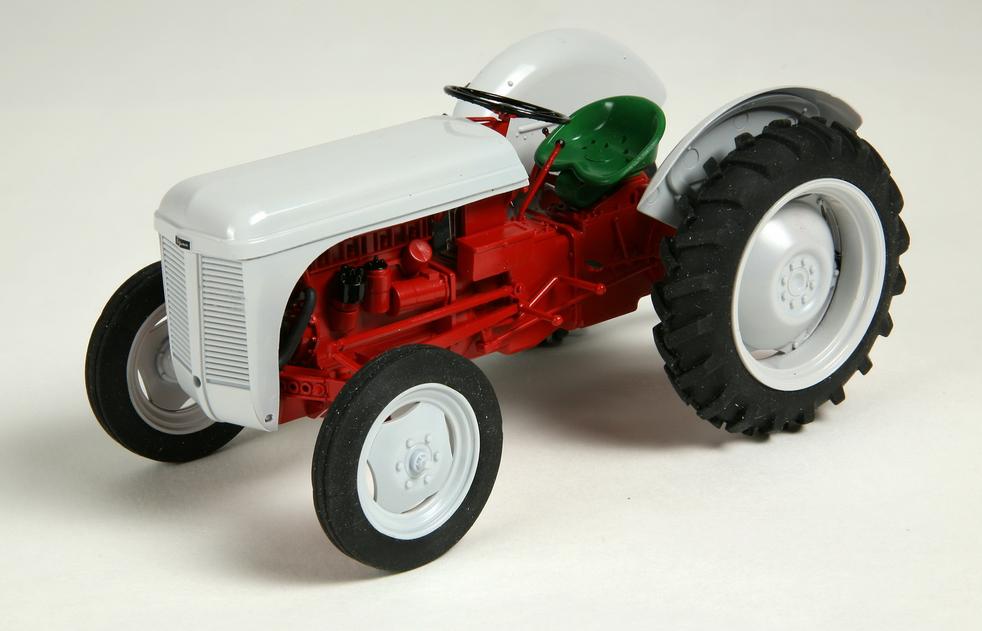 A good turnout this week!  Keep them coming!  See ya next week!